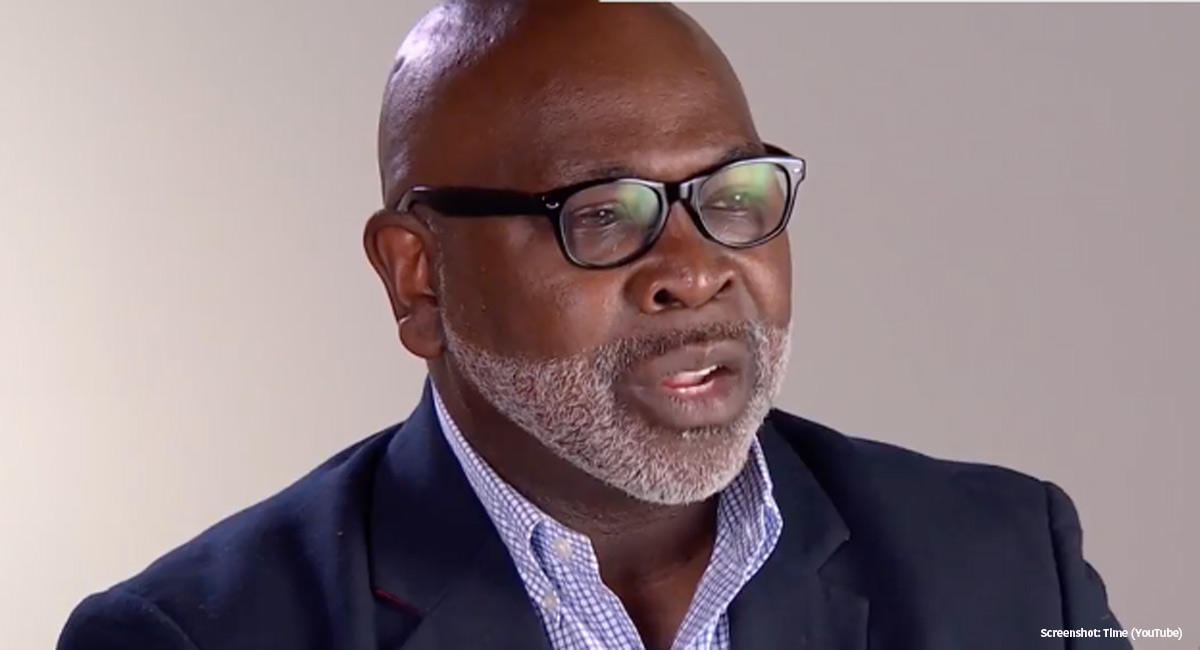 Well-known known circuit riding abortionist Willie Parker has been accused of sexual misconduct, and abortion groups have begun to distance themselves from him. The allegations against the abortion industry’s media darling, who was once featured on Trevor Noah’s Daily Show, were published by Medium writer and abortion rights advocate Candice Russell — and were denounced by Parker in the same publication. But Russell’s blog wasn’t just an indictment against Parker; it was an indictment against the “reproductive rights community” Russell claims covered up the abuse with “whispers so loud they were more like shouts.”

She asks readers, “How many of you were told, like I was, that disclosing would hurt the movement and our chances at surviving the ongoing attacks being made against abortion access?”

Recently, Parker agreed to debate Dr. Mike Adams on the campus of the University of North Carolina-Wilmington, where Parker admitted, “Abortion kills a human being…. When I do an abortion, I am clear… that in your terms it is the intentional killing of a fetus….” 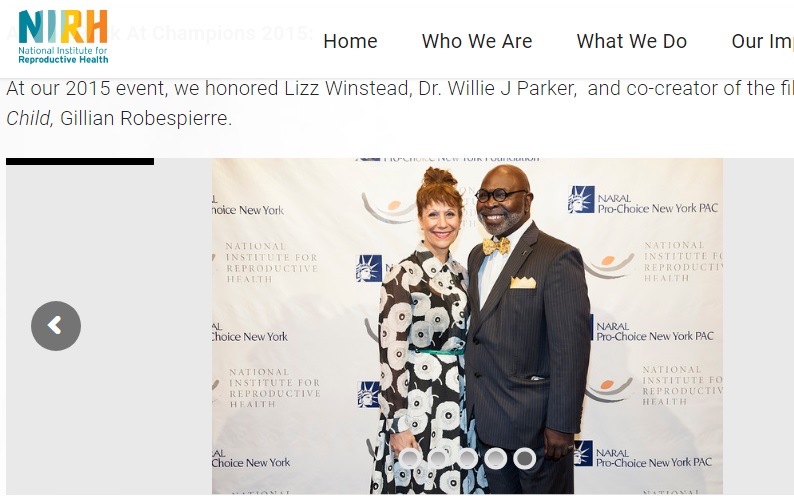 Writer Candice Russell says she initially considered Parker her “hero,” and described their growing friendship over time, until she said he came to Dallas “a night early” to spend time with her. According to Russell, Parker had spoken about “how hard it is for him to date because of the work he does and the level of ‘discretion’ it requires from a partner.” The blogger described the alleged sexual encounter, which can be read in detail here.

Parker denounced Russell’s version of events, writing, “Candice says that she was drunk when we had sex. That is a serious allegation because if we had sex while she was drunk, she could not have consented and that means that I sexually assaulted her. I take that very seriously…. I have never been sexual with anyone who appeared remotely impaired…. I have never had sex with anyone without obtaining their consent or giving mine.”

READ: In abortion debate, the science of life reveals truth about abortionist’s ‘work’

Russell claims she penned the blog after receiving texts from friends attending an “ACN” conference which allegedly included a video of “Dr. Parker dancing exceptionally close to a woman on stage.”

That’s when an awkward run-in with Dr. Parker for the first time in a year, coupled with having a complete stranger from another state refer to me as “one of Willie’s girls” with enough innuendo in her tone to ensure I knew exactly what she meant, led me to the decision to save myself from ever having to relive something that embarrassing again.

Parker was immediately condemned by the National Network of Abortion Funds (NNAF) and additional abortion rights organizations rushed to side with Russell, while, according to Rewire, some held back claiming they may release a statement later. More than a day after the allegations broke, NARAL President Ilyse Hogue‏ showed support for Russell on Twitter despite previously calling Parker a “pro-choice hero.” However, as of the writing of this post, no statements have been released from NARAL, Planned Parenthood, or Lady Parts Justice — whose founder Lizz Winstead received the Champion of Choice Award with Parker in 2015. 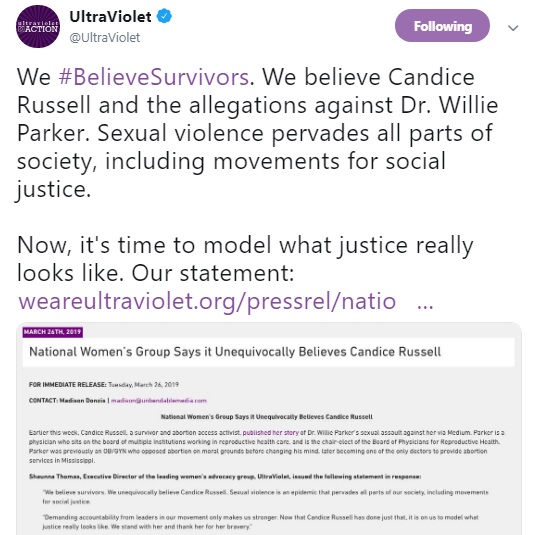 Parker has denied the allegations, claiming in his response that he has “never had sex with anyone without obtaining their consent or giving mine.” He acknowledged that “Candice is entitled to her story,” and added:

[T]here were many conversations about many things, some of which she refers to in the piece she has written describing me as having preyed upon her. While surprised and disappointed that she has described the mutual decision to have a sexual encounter as a situation where I took advantage of her while she was intoxicated, this allegation does not square up with the facts…. As I listen to the story that she published, it bares no resemblance to what transpired. I won’t rewrite her story…. On the evening that she is describing that we had our only sexual encounter after corresponding in a mutually flirtatious manner by text for over a year and a half, when she came to my room, she walked under her own power, neither her speech or motor functions were impaired, and she self-invited to stay. 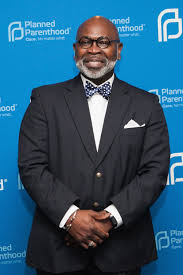 Russell’s blog post makes clear she feels she has been harmed: “Dr. Parker, a man who I once viewed as a hero because of his passion and commitment to abortion access. Now I can’t even see a photo of him without feeling the urge to somehow rip myself open and crawl out of my own skin so I never have to think about his hands having ever touched any part of it.”

Parker’s accuser added that he “became everyone’s go-to expert on the #MeToo movement and male allyship despite the stories about his inappropriate and predatory behavior, which had become increasingly prevalent.”

A silent #MeToo movement and willing media continue to ignore numerous court cases detailing a systemic pattern of aiding abusers at Planned Parenthood as well. Documentation shows that the abortion giant has covered for child sexual predators, even ignoring the plea of innocent victims.

While Live Action News is unable to substantiate either Russell’s claims or Parker’s response, many substantiated cases of sexually predatory behavior within the abortion industry have been documented. In many of these cases, the silence from the abortion industry has been deafening, a fact noted previously by pro-choice author William Saletan in his op-ed, The Sisterhood of Silence.

To read about just a few alarming cases of sexual abuse in the abortion industry, read here, here, and here.