Planned Parenthood’s political organizer president Cecile Richards recently expressed concern about accusations brought by women claiming to have been sexually harassed by men in power. While these accusations and admissions are greatly concerning, it seems Richards has overlooked her own back yard, so to speak. Plenty of Planned Parenthood employees have had their own share of troubles in this arena.

According to Sacramento Superior Court records, Jorge Humberto Martin Santana was arrested in 2013 and charged with one count of misdemeanor sexual battery, under criminal code PC 243.4(E)(1), which reads in part:

Any person who touches an intimate part of another person, if the touching is against the will of the person touched, and is for the specific purpose of sexual arousal, sexual gratification, or sexual abuse, is guilty of misdemeanor sexual battery…

In February of 2015, Martin-Santana pleaded “not guilty,” but on April 9, 2015, he was sentenced to 140 days in a sheriff’s work project and three years of probation. 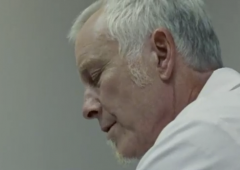 “I have noted Dr. Liveright inappropriately look up and down patients as well as staff members in a sexual kind of way. He actually stands back with a grin and slowly directs his eyes up and down a patient’s body.”

Jayne resigned from Planned Parenthood after her letters of complaint to management were ignored. The nurse also said she observed Liveright “acting condescending to African American patients by implying they were ignorant,” among other charges.

A Delaware Medical Licensure complaint filed against Liveright claims Planned Parenthood reprimanded him for “unprofessional, disrespectful, and inappropriate” conduct, including “yelling, screaming, and cursing” in front of employees and patients and “sexual harassment of female employees.”

According to USA Today, Liveright played an abortionist in the 2010 Hollywood movie, “Blue Valentine“:

In 2013, media reported that Liveright surrendered his license to practice medicine in Delaware, but a November 2017 query reveals that Liveright’s Pennsylvania license is still active.

In July 2008, the Miami Herald reported that Planned Parenthood’s national office cut ties with several Florida centers after accusations of “terrible mismanagement and possibly fraud,” including alleged sexual harassment against a former CEO:

The disaffiliation allowed the national organization to wash its hands of the local chapter once known as Planned Parenthood of South Palm Beach and Broward Counties.

The chapter is dealing with many problems, including harassment complaints and possible misuse of nearly $450,000 — slightly less than they received in public funding in 2005.

Several female patients claimed Illinois Planned Parenthood physician, Carl E. Burpo, “engaged in improper conduct during a gynecological examination” at Burpo’s office and at Planned Parenthood, where he worked part-time. He was eventually indicted on 21 counts of sexual misconduct.

One complaint alleged that Burpo fondled patients’ “breasts and in some cases made other sexual advances toward seven patients in 1990 and 1991 while examining them.”

A 1993 report states that Burpo was suspended from practicing at Planned Parenthood. A jury acquitted him in two of the cases but in February 1995, the Illinois Supreme Court reinstated eight of the criminal sexual assault charges.

His medical license was suspended in 1995. 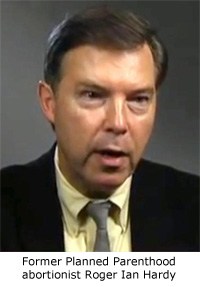 Former Planned Parenthood abortionist Roger Ian Hardy was forced to surrender his Massachusetts medical license in January 2014, amid allegations that he sexually molested patients during fertility treatments at Fertility Centers of New England.

Hardy had previously committed abortions for Planned Parenthood facilities in Massachusetts and California.

Operation Rescue notes, “Why Hardy eventually left Planned Parenthood is unknown, but a Boston Globe article published on May 1, 2014, indicates that Hardy’s abhorrent sexual misconduct stretched back as far as 20 years. Hardy was working for Planned Parenthood during that time, in which Planned Parenthood abortion patients were likely exposed to molestation by Hardy as well.”

In 1987, the Minnesota Board of Medical Examiners revoked the license of Hideo D. Mori for alleged sexual improprieties involving 10 patients over 23 years in Grand Meadow. A report states that administrative law judge Allan W. Klein found Mori had “inappropriately massaged some of his patients, telling one of them… that he needed to stimulate her genital area to fit her properly for a diaphragm.”

Klein wrote that Mori claimed to have romantic feelings toward the patient, caressing her body and kissing her to make her sexually aroused, understanding “that it was not medically indicated.”

While Mori served as a volunteer physician for Planned Parenthood nearly 18 years, there are no indications that his patients there were victims in this case. 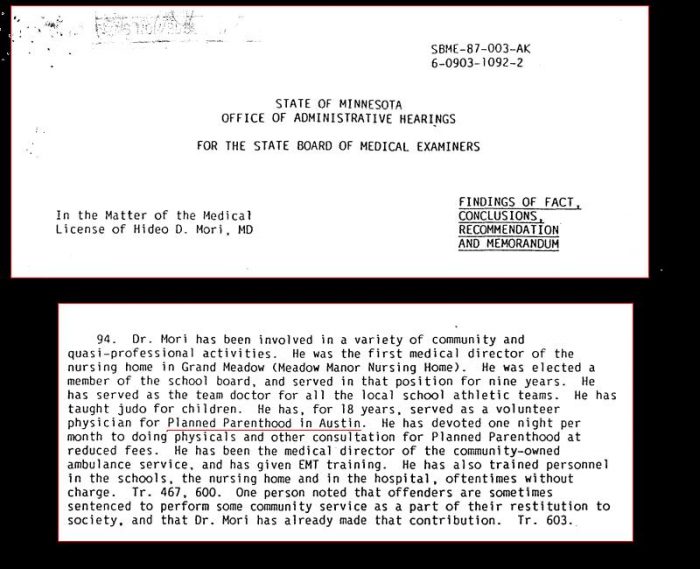 The NY State Department of Health accused Planned Parenthood of Rochester and Monroe County physician, Joseph L. Lizardi, of sexual misconduct, including sexually stimulating one patient and telling another she was pretty while touching her breasts.

According to the document, Lizardi was also accused of speaking with another patient in an “obscene, threatening and disparaging manner.” 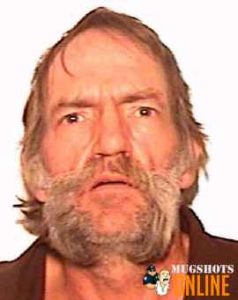 On December 29, 2004, 46 year-old Planned Parenthood volunteer, Jerry Steven Gonzales, was convicted of raping a 12-year-old boy, as well as unlawful sex with a minor and two counts of pandering sexually oriented material involving juveniles, for incidents with two 16-year-old boys. In addition, he was convicted of felonious assault for having sex with a 17-year-old boy and not telling the victim about his HIV status. The incidents occurred at Gonzales’ home in Ohio.

Authorities found 50 videos of Gonzales having sex with boys.

Police claim Gonzales pleaded guilty to a “similar, misdemeanor charge in Michigan in 1989 but was not required to register as a sex offender.”

Gonzalez worked as a volunteer at Planned Parenthood of North West Ohio’s HIV Outreach center until his arrest on October 12, 2004.

Gonzalez was sentenced to 20 years in prison. 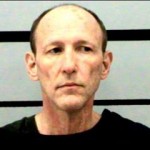 1. In 2012, Tony Ray Thornton (pictured right), the president and CEO of Planned Parenthood in Lubbock, was arrested for exposing his genitals to a 43-year-old male in a Texas park.

Soon after, Thornton apologized and resigned from Planned Parenthood.

“I deeply regret creating a situation in my personal life that potentially creates a distraction from these goals, and I apologize to the people in the Lubbock community for the incident,” Thornton stated. “I will work with my attorney through the appropriate court process to correct any misinformation and take responsibility for errors.”

2. In 2005, Planned Parenthood employee Aymara Castro said Planned Parenthood of Houston and Southeast Texas subjected her to “unlawful sexual harassment, and to disparate terms, conditions and privileges of employment because of her sex.” She won her claim, filed with Equal Employment Opportunity Commission (EEOC), which found Planned Parenthood had “failed to take corrective action to stop the harassment and retaliated against her for engaging in protected activity.” 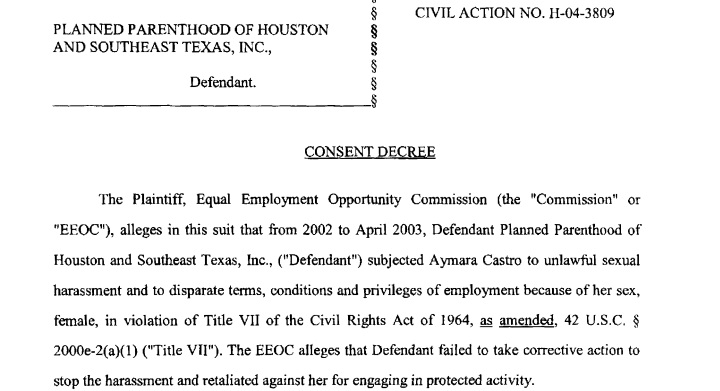 Planned Parenthood was ordered to pay Castro $40,000 in monetary relief.

1. In 2008, former abortionist for Planned Parenthood of Columbia-Willamette, George Elliott Kabacy, was sentenced in U.S. District Court in Tacoma, WA, for possession of child pornography. Kabacy was not practicing at Planned Parenthood at the time of his December 2006 arrest. According to the US Attorney’s office:

Kabacy admitted in his plea agreement that he knowingly possessed more than 8,000 images of minors engaged in sexually explicit conduct. Kabacy also admits to possessing videos of minors engaged in sexually explicit conduct, both on his computer and on 36 compact disks. Some of the images depict children under the age of 12. Kabacy admitted that he communicated with other people over the Internet, expressing his interest in having sex with minors and exchanging more than 40 images of child pornography with these other people over the Internet.

2. Douglas Attig was accused by authorities of inappropriate, sexually oriented comments and contact with patients. 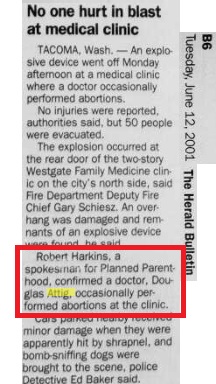 The commission’s statement of charges alleges that Attig repeatedly spanked, kissed and hugged a patient, also sending her “copious amounts” of inappropriate and suggestive e-mail.

The complaint, filed in 2000, does not state where the incidents occurred. While there is no indication the assaults occurred at Planned Parenthood, news reports show that the organization admitted Attig occasionally committed abortions for them after he was targeted by an explosive device in 2001.

On July 13, 2001, the Board suspended Attig’s license but issued a stay allowing him to continue to practice on a probationary term.

Many additional troubling actions by Planned Parenthood have been documented, including a failure to report child sexual abuse. Reports also show that victims of sex trafficking are sometimes taken to Planned Parenthood centers for forced abortions by their pimps.