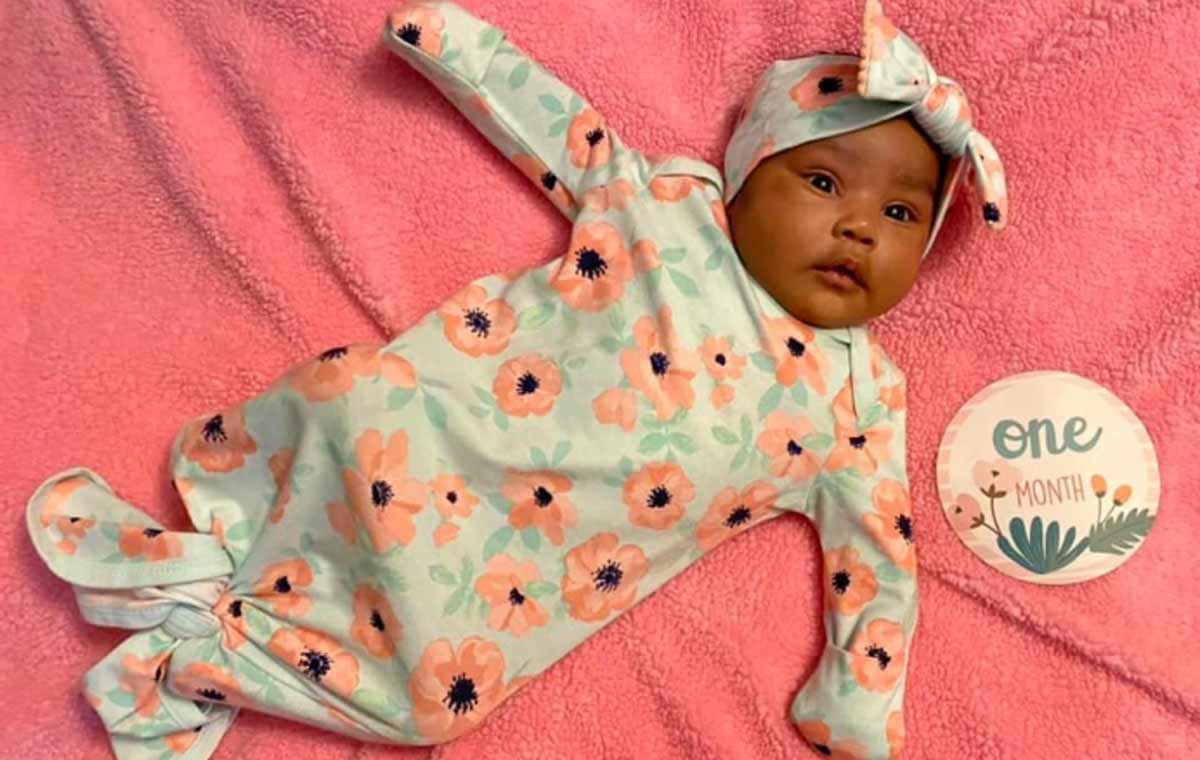 (Pregnancy Help News) Each Abortion Pill Rescue® story is unique, yet there is a consistent thread of hope, empowerment and for those who succeed in reversing their chemical abortion – great joy.

Kennedy’s daughter is now nearly five months old, and as she shares her success story to encourage anyone struggling in a situation similar to her own, her joy is evident.

“I, like many women, became pregnant at a time that wasn’t the most ‘convenient’ for my life,” stated Kennedy. “Once I found out, many thoughts went through my mind.”

She continued, “I contemplated taking the abortion pill more times than I could count. It seemed like the ‘easy’ thing to do but, when the day of my appointment actually came, it was exactly opposite of ‘easy.’ However, I still took the pill.”

Another common thread with women facing unplanned pregnancy is the uncertainty and desperation they very often feel.

“I cried the entire way home,” reflected Kennedy. “I felt an extremely overwhelming feeling that I never felt any other time in my life. I ended up calling the clinic and letting them know that I changed my mind. I was then told to come back in.”

The abortion clinic staff suggested Kennedy return to their facility. Would they offer an answer to alleviate her feelings of being overwhelmed? We have regularly interviewed women and have yet to find one who received hope or reassurance from any of these abortion clinics. 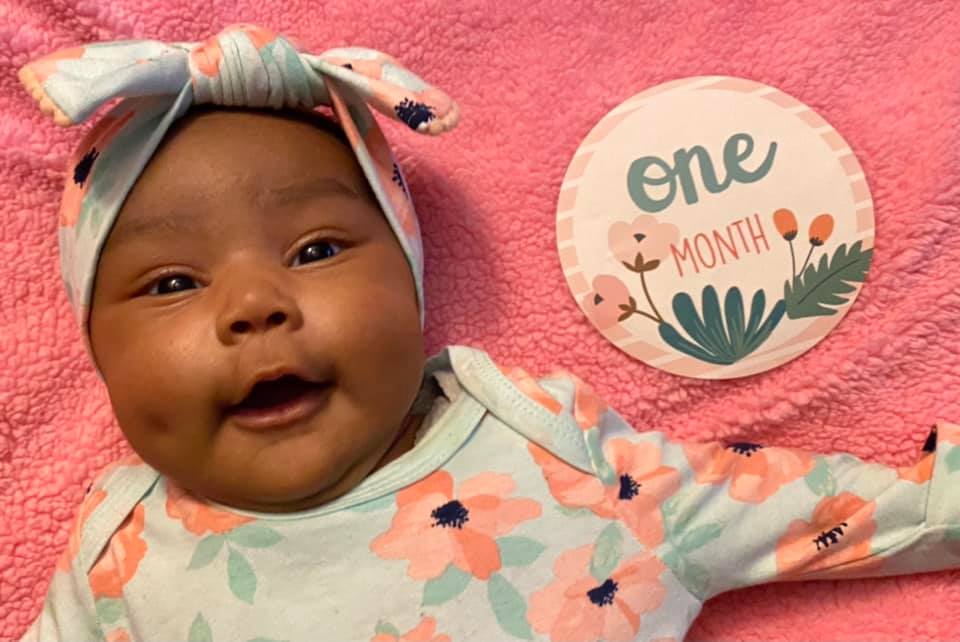 “I returned within minutes, only to be told that my baby may be born with ‘deformities’ and that I would live with that ‘guilt’ everyday so it would be ‘best’ to finish the remaining pills,” reported Kennedy. “Something told me that couldn’t be the only answer.”

Kennedy’s instinct was correct and a blessing in the face of having been offered no remedy.

“I researched my situation and found the APR hotline,” she said. “I stepped out on faith and called the number. As soon as I spoke with someone, I felt hope and reassurance – Ah, there it is.”

Abortion pill reversal (APR) is an newer application of a treatment used since the 1950’s to prevent miscarriages. It involves prescribing progesterone, the natural hormone in a pregnant woman’s body needed to sustain pregnancy, to counter the effects of the first drug in the two-drug chemical abortion process.

A peer reviewed study by Dr. George Delgado, one of APR’s pioneers, found no increase in birth defects with the protocol and a lower preterm delivery rate than the general population as well. Statistics show that to date more than 2,000 lives have been saved from APR.

Kennedy’s contact with the Abortion Pill Rescue Network (APRN) would answer her questions and concerns.

“The nurse explained the APR process, answered my questions and referred me to the most amazing doctor I’ve ever met,” Kennedy exclaimed. “This doctor was so different than any doctor I’d ever heard of or seen, she saw me outside of her office hours, she prayed for my daughter over video call, baked me cookies, gave me a devotional, the list goes on and on!”

“I knew then that I made the right choice,” she said. “I was worried my entire pregnancy, and any time I had questions, this doctor reassured me and gave me factual evidence that my baby would be fine.” 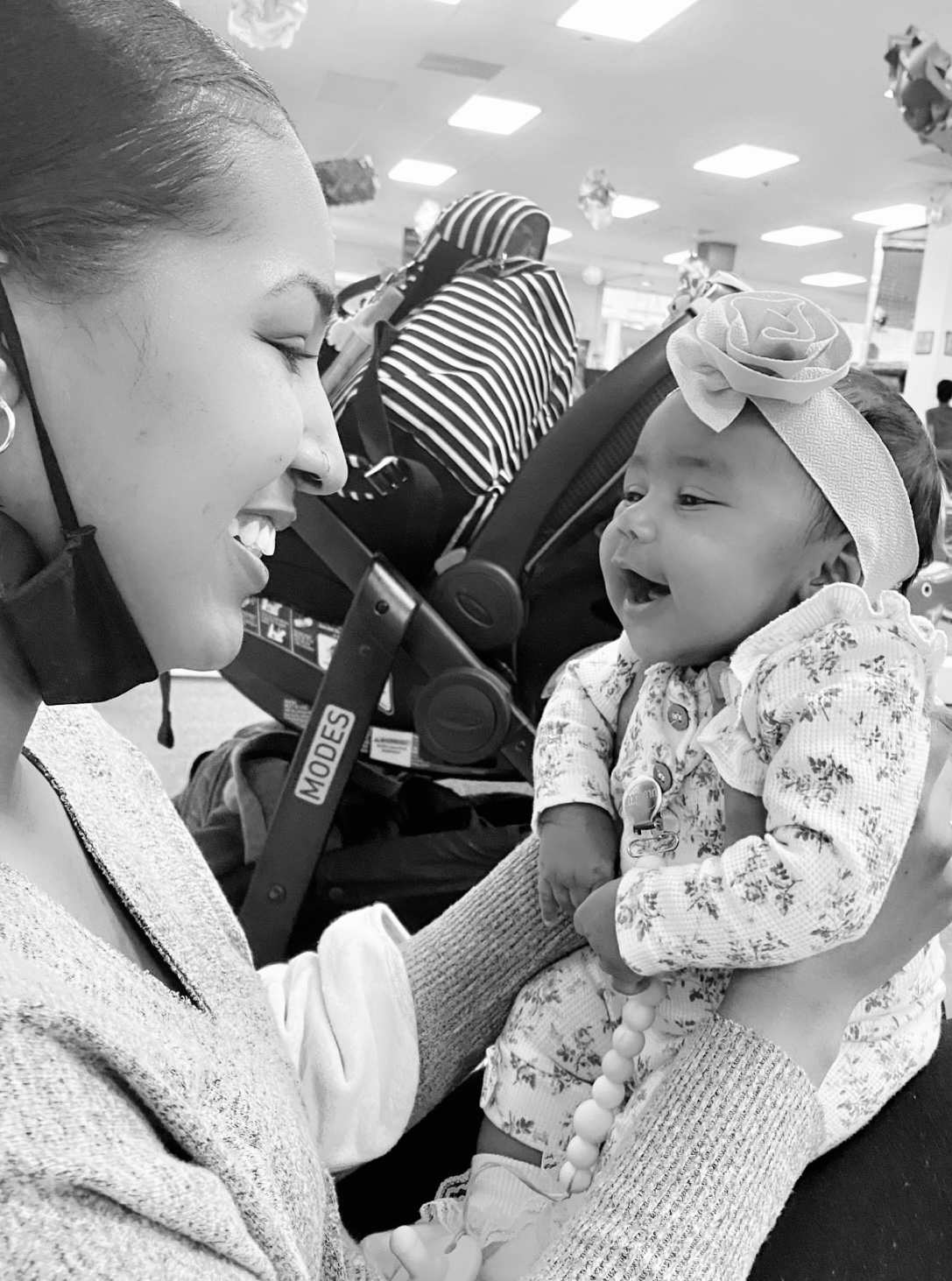 She has successfully helped several moms and their babies through APR—including her very first reversal baby, who recently turned five years old.

Poehailos has said that seeing moms and their babies thriving after she’s helped them through APR has a big impact on her, feeding her desire to serve women in this way and making her an effective remedy for the disinformation abortion clinics concoct.

“I delivered my daughter in December 2020. She was 9lbs, 2oz and perfectly healthy,” Kennedy proudly stated. “Looking at her, one would ever know that I made that mistake.”

“I’m so thankful for what I call a ‘second chance’ to raise my daughter,” she said. “I am more than thankful for APR, the hotline, the nurses and the doctors! They are all amazing, caring, and loving individuals.”

“They shouldn’t take lightly the impact they have had on many lives,” reflected Kennedy. “I have a special bond that I can’t describe with my daughter due to all that we went through together.”

“We were so honored to have had the opportunity to help Kennedy,” said Christa Brown, director of Medical Impact at Heartbeat International. “She represents thousands of brave moms who have had regret after starting a chemical abortion. When faced with the decision to complete the abortion or start reversal, she stood strong and saved the life of her precious baby girl.”

Kennedy continued, “I truly believe APR serves a special purpose for those who need it. I wish that more women knew about this process and I truly believe that twice the amount of lives could be saved.”

“I have never regretted my decision to go through APR,” she said. “I am overjoyed at the fact that my daughter is able to live.”

Brown declared, “One thing we hear every day from our moms is that their babies were always wanted. Never was that in question. The abortion was a result of the pressure of circumstances, not disregard for their children. Many women feel trapped into making this decision.”

Brown’s team has great confidence in the APR’s protocol’s safety and efficacy, knowing the science and having seen the many lives saved by it.

“Women want help when in crisis. They want support,” said Brown. “They want to know there can be a new normal available to them and an unexpected pregnancy isn’t the end of the world. It can instead be a new beginning. For Kennedy, her daughter is just that – a beautiful new beginning.”

Brown continued, “At APR we believe an informed decision is the best decision. It’s been my experience working with women in pregnancy centers for many years that they are often resourceful, intelligent beyond their years, emotionally strong, courageous and are often able to parent their children when given the chance.”

“To say abortion is the only choice – even after starting a chemical abortion – is disrespectful to women and does not take into account all we are capable of,” she said.