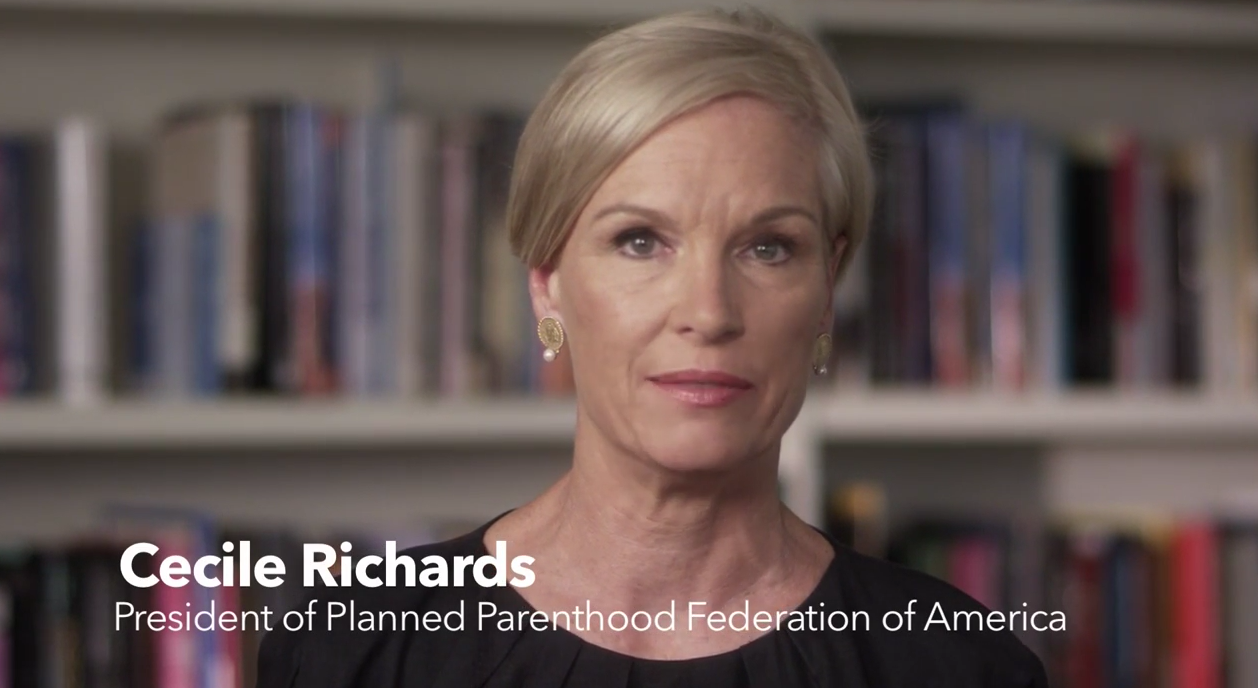 After the release of the video of Planned Parenthood’s senior medical director, Dr. Deborah Nucatola, discussing harvesting baby parts, Planned Parenthood made a statement attempting to spin the situation in their favor. Their fan base jumped to their defense with articles and cringe-worthy statements. If you haven’t heard their justifications, I’ll summarize.

Nucatola was quite detailed in her discussion of the body parts of the babies she aborted. She mentions the lungs, hearts and brains of these “specimens.” Her frankness isn’t really the issue — I understand that someone in her profession would speak with such candor. However, her words give a clear look into the world of abortion. Don’t look behind that curtain, Dorothy.

She’s not talking about “clumps of cells” or just “tissue.” These are the body parts of a developed preborn child. Planned Parenthood seeks to draw your attention away from the names of the body parts you know so well. Don’t look behind that curtain, Dorothy. They can’t have the public thinking too hard about babies with beating hearts. That might get people assuming those specimens could, dare we say, be people.

To safeguard themselves, Planned Parenthood uses the term “tissue.” Planned Parenthood is good at these word games. You say dismemberment, we say “choice.” You say destruction of life, we say things like “reproductive justice.” Their strategy is simple: keep the words palatable and vague enough to cover the mess of it all.

2) You’re just ‘grossed out’ because you don’t get medical lingo.

This one is pretty insulting if you think about it. I get it; we’re not all doctors. Yet I can guess the majority of us weren’t disgusted by the language alone. I was disgusted over the reality that the things she discusses are even taking place. In the unedited version, she speaks about incinerators to dispose of medical waste (fetuses) and I almost lost it. Sound familiar, history students? Dr. Nucatola is talking about pulling apart cadavers, while in America, we’re still debating if a “fetus” is a person. It’s sickening because it’s an eye opening look at evil. We’re not just ‘grossed out’ by medical terminology, we’re ‘grossed out’ by the abuse of the dignity of these preborn children. Sadly, liberal writer Amanda Marcotte (pictured right) feels the need to remind us that being ‘grossed out’ over this is pretty lame. She writes:

Abortion is gross, no doubt about it. It becomes grosser the later in a pregnancy it gets. But so is heart surgery. So is child-birth, for that matter. We don’t deny people who need help in those cases because the help is gross. Nor should we deny people that help when it comes to needing abortion. We also shouldn’t deny women who want to donate fetal or embryonic remains to science any more than we would deny someone who wants to be an organ donor, even though the latter is also quite gross to ponder.

Thanks for clearing that up, Amanda. Dismembering a dead specimen and selling its parts is ‘gross’ like a life-saving heart surgery, or like someone delivering a baby? Funny that every mom I’ve ever asked about their delivery forgot to let me know how absolutely disgusting it was.  Planned Parenthood supporters like Marcotte play the video off like it’s no big deal and imply anyone who thinks it’s disgusting needs to grow up. ‘Come on. Every adult knows abortion is kinda nasty, but since I’m sort of admitting that up front, can we just be cool with it and move on?’  Short answer: no.

3) This is science, people… groundbreaking science that can save lives!

“Get on the bus, children. Planned Parenthood wants to take you on a magic school ride. We are going to learn about fetal remains and their benefit to our society!” In this version of the beloved book series, all of the children are shocked, call for their moms and Mrs. Frizzle loses her teaching license.  (Not really.)

In all seriousness, maybe twisted people think, “if Planned Parenthood’s efforts to crush fetal parts and sell them brings forth scientific breakthroughs, then count me in,” but this is not a legitimate form of research. (We’ll just forget the fact that fetal cells have been used in soda flavoring and pretend we believe this is all about finding cures.)

What Planned Parenthood calls “science” I call inhumane, illegal practices. Not everything done in the name of science is moral. The truth is simple: Planned Parenthood is playing the hero card so we will believe they donate baby parts to save lives. Even if that is true, when did destroying lives in an attempt to save others become acceptable? Frankly, I’m not buying it, Planned Parenthood. Your actions are more than gross, they’re downright grotesque.