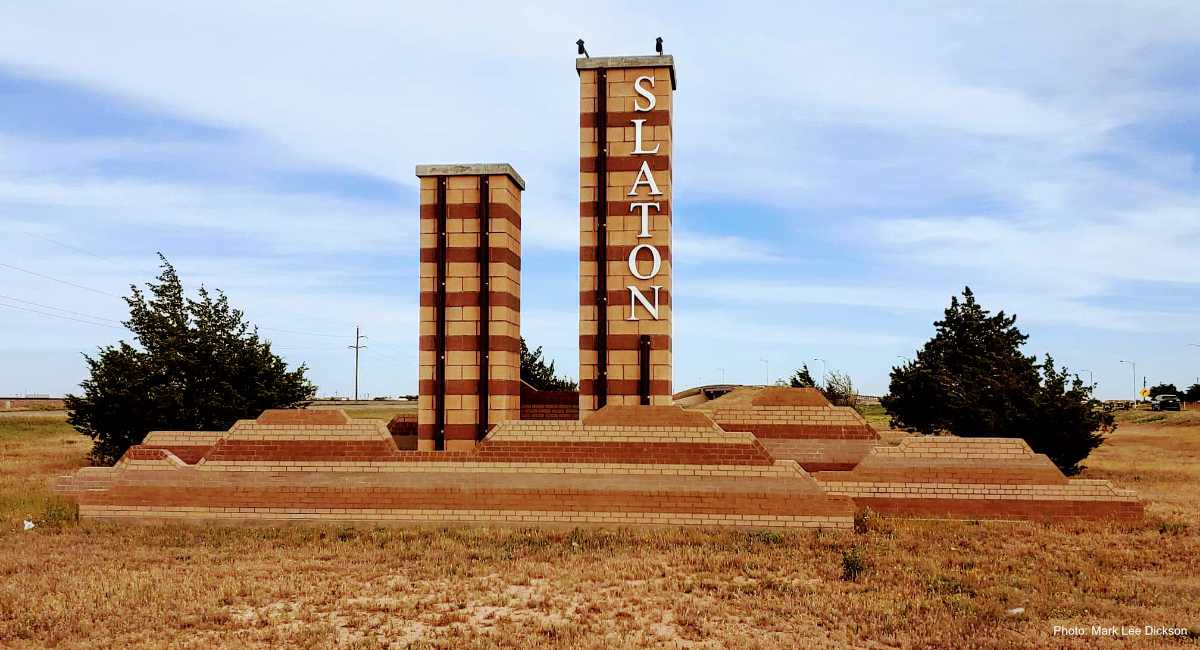 On Monday night, the city of Slaton, Texas (pop. 6,235), became the 43rd city in the nation and the 39th city in Texas to pass an enforceable ordinance outlawing abortion within its city limits. The second and final reading vote of the City Commission was unanimous, 5-0. The City of Slaton, which is the second largest city in Lubbock County, is the third city in the county to outlaw abortion, following the cities of Lubbock (pop. 264,000) and Abernathy (2,839).

Chalon Goodley, a Slaton resident and past president of the Lubbock Area Republican Women, was one of the driving forces behind the Slaton effort. Having seen the victory in Lubbock in May, Goodley was anxious to see her city one of the next cities to outlaw abortion. After discussing the matter with Right To Life of East Texas and West Texas For Life, Goodley felt like it was time for her city to move forward. On Thursday, July 8, a director with Right To Life of East Texas emailed an ordinance outlawing abortion which had been tailored to fit the City of Slaton.

Upon the second vote, Slaton resident Stacey Saahir had tears rolling down her face. “My hope has been restored that the evil act of abortion would eventually be abolished!” Saahirs shared. “Even if it’s one heart, one city, or one state at a time.” 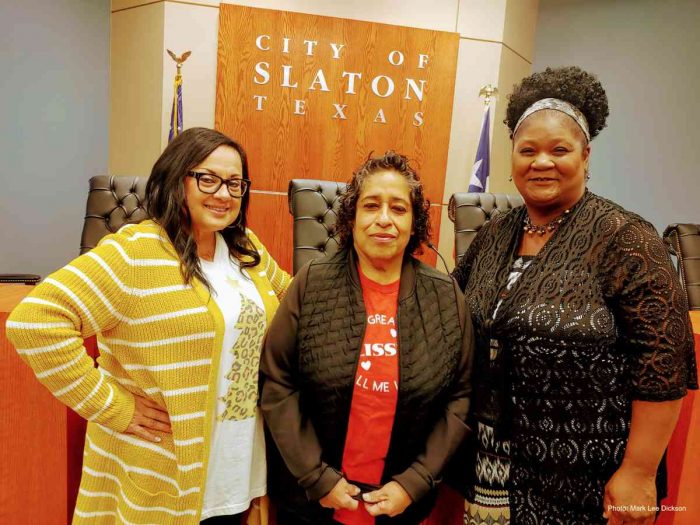 Slaton Residents who helped lead the charge to see their City become a Sanctuary City for the Unborn take a picture together the day after the vote. (Photo: Mark Lee Dickson)

In an interview with Everything Lubbock, Slaton Mayor Cliffton Shaw shared that the passage of the ordinance was “more of a feel-good measure” since Slaton does not have an abortion facility or a hospital that does abortions. Sanctuary Cities for the Unborn Initiative Ambassador Kati Morris weighed in on Mayor Shaw’s statement, sharing, “I suppose you can say the Slaton Ordinance is a feel-good measure in the same way that having car insurance is a feel-good measure.” Morris continued, “Nobody wants to get in a car wreck, but if they do then they are glad they have insurance. Nobody wants to see babies murdered in their cities, but if it does happen this ordinance being on the books will provide consequences for those actions.”

Many within the Slaton community believe that this measure will make a lasting impact on the city. Slaton resident Lisa Dominguez shared, “I believe Slaton becoming a Sanctuary City for the Unborn will allow our city to maintain the serene nature of this community.” Slaton is the seventh city in the area outside of Lubbock (pop. 264,000) to pass the measure following Whiteface (pop. 499), New Home (pop. 320), Morton (pop. 2,006), Abernathy (pop. 2,839), Levelland (pop. 14,582), and Sundown (pop. 1,397).

Unfortunately, on the same night Slaton’s City Commission voted to pass their ordinance, the newly elected City Council of Mason, Ohio (population 34,792) repealed their ordinance outlawing abortion. Former Mayor Kathy Grossmann was the only council member who voted against the repeal of the ordinance, arguing that the ordinance on the books was a deterrent to abortions being performed within the city limits of Mason. According to newly elected Mayor Barbara Berry Spaeth, the Mason Ordinance was “terribly written” and could“cause possible litigation.” The ACLU of Ohio appeared to see the Ohio ordinances outlawing abortion differently, however, calling the ordinances “cleverly written” and “very hard to challenge.” Besides Mason, the only other city to have repealed its ordinance outlawing abortion was the City of Omaha, Texas (pop. 1,021), which repealed its ordinance in October of 2019 over fear of being sued by the ACLU.

If the City of Slaton is sued, they need not fear the ACLU. Attorney Jonathan F. Mitchell, the former Solicitor General of Texas and the legal mind behind the enforcement mechanism of the Texas Heartbeat Act, has agreed to represent the city at no cost to the city or taxpayers for any litigation which results from the passage of the Slaton Ordinance Outlawing Abortion. When seven cities in East Texas were sued by the ACLU of Texas in February of 2020 Mitchell represented the cities at no cost to the cities and taxpayers. Three months later, the ACLU withdrew its lawsuit and abortion remains banned in every city that was sued.

More cities are expected to consider outlawing abortion in the near future. On Tuesday night, the City Council of Chandler (pop. 3,219) heard from residents from their city who want to see abortion outlawed within their city limits. While residents of the City of Chandler are expecting their Mayor and Council to pass the measure as the majority of the cities outlawing abortion have, residents of the Cities of San Angelo (pop. 101,612) and Abilene (pop. 124,407) are having to go the difficult route through the process of Initiative and Referendum. While the San Angelo Initiating Committee turned in all of their collected signatures on Friday the Abilene Initiating Committee is still collecting their required number of signatures.