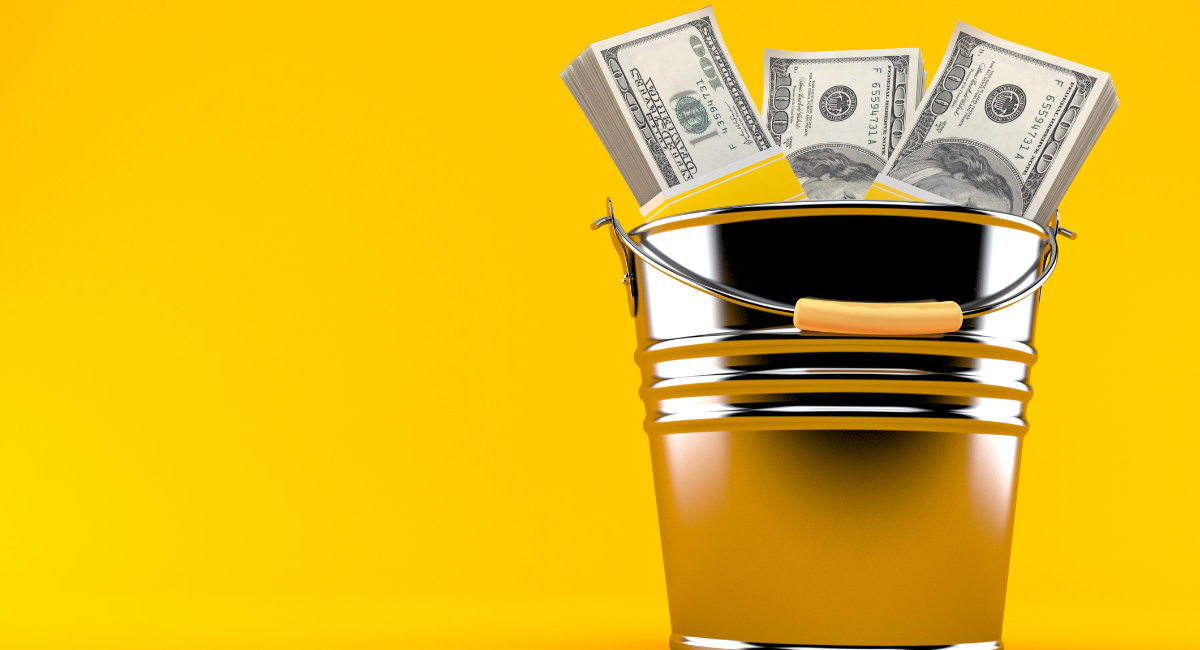 The Strategic Roadmap 2016-2018 published by Planned Parenthood Association of Utah detailed the affiliate’s goal to recruit young people, communities of color, men, and faith communities to Planned Parenthood’s abortion-based mission. It states, “On July 12, 2016, the Board and executive leadership of the Planned Parenthood of Utah met to examine its role in the community, its future, and its aspirations to advance the mission of the organization. This report outlines the results of the meeting and charts a course for action.” The roadmap added, “Our commitment to reproductive justice is at the core of everything we do.”

What is so attention-getting about this roadmap is that in it, the affiliate discussed ways to take advantage of patients’ health insurance to increase its “bucket of money” — yes, Planned Parenthood actually used that phrase — and to “diversif[y]… revenue.”

The report noted a desire to “strategically expand[]” its “brick and mortar” space “to meet our business objectives,” adding, “Technology, especially tele-visits, may allow us to expand several types of visits to rural areas of the state in a cost effective manner. We should also make sure that our on-line appointment functionality and a portal for self-management of health care are robust,” the document states.

The affiliate then detailed exactly how it hoped to do this (emphasis added):

Our business model is changing as more patients have health insurance. We need to make sure that both men and women know they can access our services and use their insurance. This helps strengthen our financial position and diversifies our revenue, growing the “bucket of money” that allows us to take calculated risks in new or expanded facilities and services, legal battles, and staff training.

See the screenshot below: 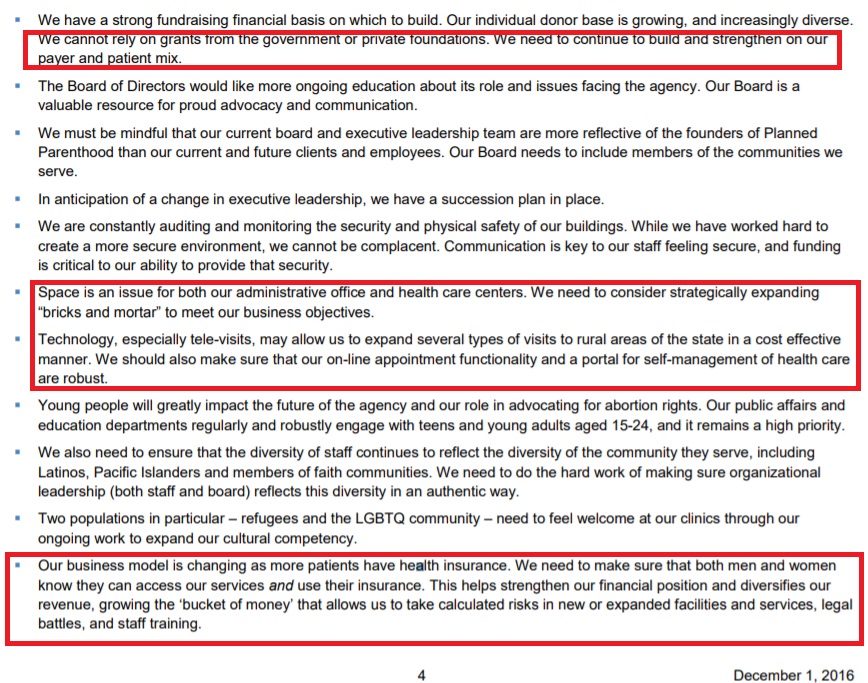 The targeting of minority communities is nothing new for the Planned Parenthood, which was founded on the idea that certain populations were “human weeds” of society who should not reproduce, and that only those deemed “fit” by society’s elites should be allowed to grow their families (eugenics). Planned Parenthood has been marketing population control to lower-income and minority communities for decades, and has recruited minority leaders to push its agenda through efforts like its infamous Negro Project.

The document from Planned Parenthood Association of Utah reveals the continued prevalence of this mindset. “We must be mindful that our current board and executive leadership team are more reflective of the founders of Planned Parenthood than our current and future clients and employees,” stated the strategy document. “Our Board needs to include members of the communities we serve. In anticipation of a change in executive leadership, we have a succession plan in place.”

Just a few years after that document was published, Planned Parenthood staffers started coming forward in larger numbers to expose the fact that Planned Parenthood has a past and present steeped in racism. This legacy, of course, includes its founder Margaret Sanger, whom the organization has defended for over 100 years — up until the past year or so.

In recent months, Planned Parenthood has attempted to erase various mentions of Sanger from its web pages, though it took over a century for the corporation to admit to her white supremacist ideals. But regardless of how many websites are scrubbed, Sanger’s views and agendas are still deeply embedded within Planned Parenthood, and accusations of systemic racism and white supremacy within the corporation continue to surface.

As noted earlier, Sanger sought ways to limit births among certain people groups — and she was not alone. One of Planned Parenthood’s later presidents, Dr. Alan F. Guttmacher, was a known leader in the eugenics movement; Guttmacher believed coercion may become necessary if certain populations could not be convinced to voluntarily utilize abortion to curb population growth. Guttmacher once told the New York Times, “The main goal of our program is not just to limit population, but to give everyone the same opportunity for quality medical care.”

Part of Utah Planned Parenthood’s strategy as articulated in its document was “to ensure that the diversity of staff continues to reflect the diversity of the community they serve, including Latinos, Pacific Islanders and members of faith communities. We need to do the hard work of making sure organizational leadership (both staff and board) reflects this diversity in an authentic way.” The roadmap also suggests the desire to “[r]ecruit diverse staff reflective of our patient base and increase staff competencies in serving a diverse client base, including but not limited to communities of color, refugee, and LGBTQ+ communities.”

“Young people will greatly impact the future of the agency and our role in advocating for abortion rights. Our public affairs and education departments regularly and robustly engage with teens and young adults aged 15-24, and it remains a high priority,” the document states.

Part of the group’s strategy is to “[f]ocus on engaging and informing teens and young adults (15-24) in the movement, and to establish lifelong engagement with Planned Parenthood and the field of public health and reproductive justice” and to “[c]ontinue to expand on the national Generation Action initiative (targeting activists’ age 18-26 years) and develop our next generation of leaders.”

It’s an interesting juxtaposition, no doubt, to be responsible for the deaths of generations of future youth only to attempt to recruit the survivors to your cause later on.

Targeting men and the faith community

Utah Planned Parenthood’s strategy is to “[r]each out to and include more men and boys to increase awareness and support of reproductive rights. Expand our outreach and engagement of men and boys in our work.” Planned Parenthood wants the voices of young men involved… unless, of course, you’re a male who is against the killing of preborn human beings whom you may help to create. In that case, it’s “no uterus, no opinion.”

An emphasis on growing a “diverse” donor base

“Our individual donor base is growing, and increasingly diverse. We cannot rely on grants from the government or private foundations. We need to continue to build and strengthen on our payer and patient mix,” Planned Parenthood Associaiton of Utah wrote in its strategy document.

In 2019, Planned Parenthood’s leadership published a plan to expand abortion. The organization later doubled down and declared its intention to “go on the offense” by releasing an agenda for the expansion of abortion, which stated, “in order for people to be free and equal they must be able to exercise complete autonomy over their bodies.”