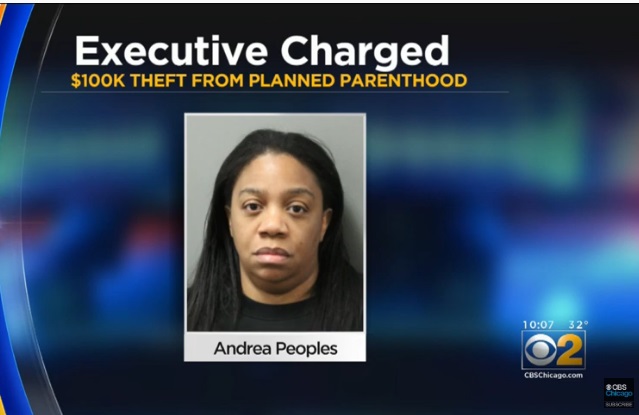 A former Planned Parenthood staffer has been charged with embezzling more than $100,000 from the organization. According to Chicago’s ABC affiliate, Planned Parenthood of Illinois employee Andrea T. Peoples — listed as Director of Finance in the corporation’s past annual report — was arrested January 6th for making unauthorized purchases using the company credit card between July 2015 and April 2017. “In April 2017, a routine financial reconciliation revealed the alleged embezzlement,” ABC reported.

According to news outlet WBEZ, “Planned Parenthood said a routine audit nearly three years ago found that Peoples ’embezzled money from the organization’s general operating funds.’ She had worked as the director of financial initiatives for the nonprofit, which takes in revenue of more than $40 million a year….”

Peoples is also alleged to have stolen funds from another nonprofit which provides housing and other services to families affected by HIV and AIDS. She is due in court again on Feb. 13.

In 2017, Live Action News reported on another former Planned Parenthood staffer who was charged with felony embezzlement in Oklahoma County District. A local news report noted that Kelly Lee Smith was arrested on October 11, 2017, after allegedly using a Planned Parenthood credit card to purchase lingerie, hotel rooms, amusement park attractions, and a cruise.

In 2013, Planned Parenthood employee Melissa Kwoka was accused of writing checks from Planned Parenthood of Western New York to herself and her husband, according to a criminal accusation by the Erie County District Attorney’s Office. She worked as PPWNY’s accountant and pled guilty to second-degree grand larceny after stealing over $100,000 from the organization. Kwoka had three previous convictions for theft offenses before she was hired by PPWNY. In 2015, she was sentenced to one to three years in prison.

Other Planned Parenthood employees were caught stealing from outside businesses.

In 2011, David Nova, then VP of Planned Parenthood Health Systems in Roanoke, was charged with three counts of petty larceny after he stole wine from a Roanoke county store. Nova defended Planned Parenthood after Live Action undercover investigations revealed the corporation’s staffers helping an actor posing as a pimp to obtain abortions for minor girls.

In 2008, a Rhode Island ABC affiliate reported that Miriam Inocencio, president and CEO of Planned Parenthood of Rhode Island, had been caught shoplifting at the Warwick Mall. She was caught by police after allegedly stealing an $89 Liz Claiborne blouse from the local Macy’s Department Store, according to the report. 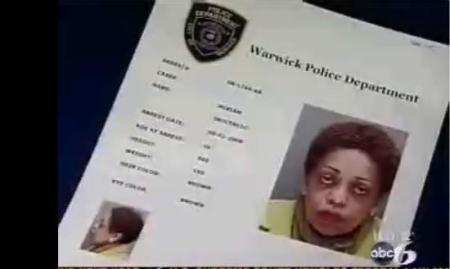 In addition, Live Action News also reported on the way the corporation’s leadership treats employees who expose long-held secrets, inner workings, and toxic attitudes of the organization, including:

Live Action News previously documented accusations of discrimination by Planned Parenthood against its own staffers, for:

Staffers aside, Planned Parenthood as an organization is itself riddled with scandals and abuses, including Medicaid fraud, HIPAA privacy violations, covering up for child sexual predators, whistleblower lawsuits, and more. The ongoing bad PR exposing Planned Parenthood and its employees has created a serious image problem for the abortion business, but hasn’t yet convinced lawmakers to defund Planned Parenthood, which now receives $616.8 million annually in taxpayer funding while ending the lives of 947 preborn babies every day… 39 per hour… one every 91 seconds.