When a Black woman walks through anti-abortion protesters at abortion clinics, chants of “Martin Luther King” and “Margaret Sanger” dog their footsteps, usually shouted by white people who claim that abortion is black genocide. They entwine these two iconic names as if one contradicts the other. This workshop will explore how the intersection of race and gender affects how Margaret Sanger is interpreted through a Black feminist lens.

But Sanger needs no “reinterpreting” — she herself openly advocated eugenics and admittedly met with members of the Ku Klux Klan. And what the flyer for the workshop doesn’t say is that it isn’t “white people” who “claim that abortion is Black genocide” — those who first called it by that name were Black leaders alive during the very time the agenda was introduced by Planned Parenthood. 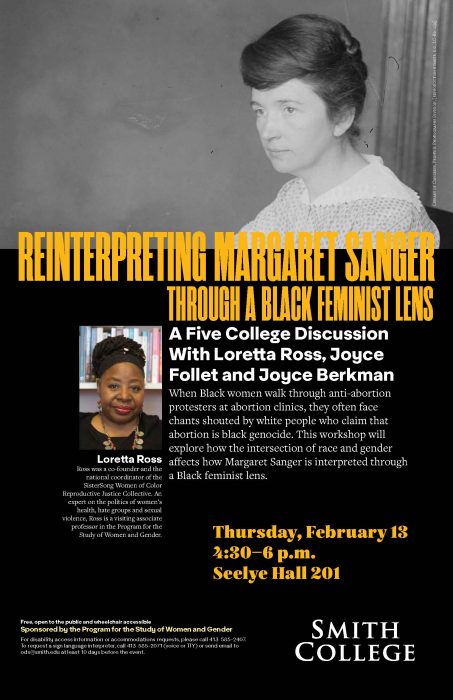 Workshop speaker Loretta Ross is a former co-founder of Sister Song, a group she admitted is “pro-choice” on abortion. Ryan Bomberger founder of The Radiance Foundation has previously referred to Ross as a “national leader of pro-abortion opposition to Black pro-lifers.” WATCH:

Ross’ SisterSong established the “Trust Black Women Partnership,” a nationwide collective of minority “pro-choice” groups…. Ross, whose duplicity rivals that of Margaret Sanger, frequently acknowledges eugenics and population control… yet fails to place the blame on the obvious perpetrator of these destructive and racist efforts.

In other words, this effort to whitewash the eugenic, racist history of the pro-abortion movement is nothing new for Ross. She’s been doing it for years. 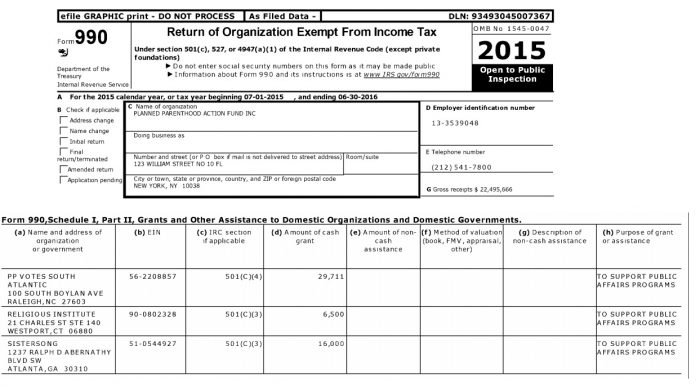 Live Action News has documented how many of Sanger’s American Birth Control League (later renamed Planned Parenthood) board members were deeply entrenched in the racist philosophy of eugenics. Among those were Lothrop Stoddard — Exalted Cyclops of the Massachusetts chapter of the Ku Klux Klan — and Planned Parenthood’s first physician president, Alan F. Guttmacher. Thanks to Sanger, Planned Parenthood itself was steeped in the eugenics community.

A few Sanger quotes below showcase her eugenic mindset — one that has led to countless injustices:

Ross, who left SisterSong and is currently doing speaking appearances, has received awards from the American Humanist Association, Feminist Women’s Health Center (abortion facility chain), NARAL Pro-Choice Georgia, Family Planning Associates (abortion facility chain), and others. She previously correctly noted that NARAL and Planned Parenthood did not come out of the “feminist” movement. In the interview, Ross stated:

Feminism is not equivalent to supporting family planning. Just because you support family planning doesn’t mean you’re a feminist. You could be a population control person. And so they were, not so surprising, less feminist — even though I think the larger world sees them as feminist because of their support for family planning, we feminists don’t necessarily see them as such.

The workshop flyer gives no indication whether the eugenic history of Planned Parenthood will be discussed, nor does it indicate whether Black pro-life voices will be represented — voices like Elaine Riddick, who was sterilized by a eugenics court influenced heavily by Clarence Gamble, Sanger’s financier and American Birth Control League board as well as Planned Parenthood. Notable Black leaders of the past — Fannie Lou Hamer, Dr. Mildred Jefferson, Dr. Dolores Bernadette Grier, Iowa Rep. June Franklin, Erma Clardy Craven, and even comedian Dick Gregory — tried to warn how abortion would be used as a tool of Black genocide. Today, Black leaders and even former Planned Parenthood board members are speaking out about the organization’s eugenics agenda.

Tragically, Planned Parenthood’s eugenics agenda seems to be working. The data reveals that abortion disproportionately impacts the Black community, violently ending the lives of an estimated 1.7 million Black babies over the past decade.