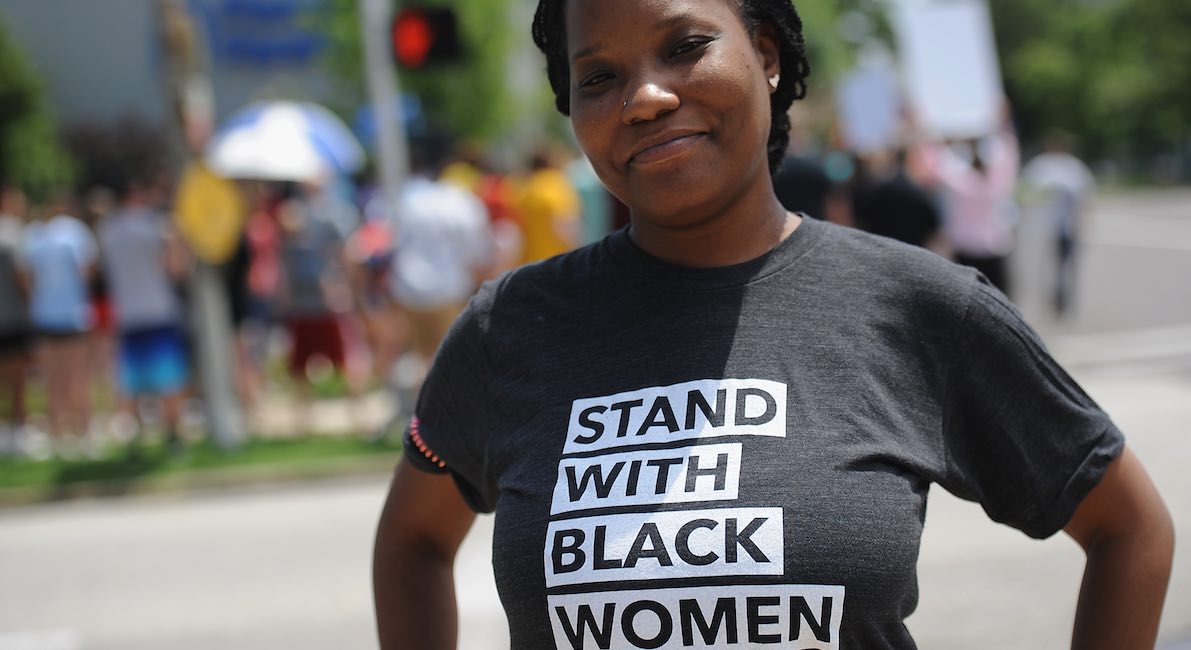 Planned Parenthood has a newly created “Black Organizing Program” which some see as shockingly reminiscent of their founder Margaret Sanger’s “Negro Project.” Details of this new outreach and education program were made public in a job description seeking an intern for the program, which is expected to run from June 1 to August 14 in Planned Parenthood’s D.C. office. The candidate will work under the direction of PPFA’s Associate Director of Black Campaigns (currently Jamesa Bailey) and must have “[e]xperience with campaigns in diverse communities preferred (with emphasis in Black communities/populations).” While Sanger pushed to use eugenics to control the births among those she deemed “unfit,” Planned Parenthood currently appears to be on a mission to destigmatize abortion in Black communities.

The similarities between Sanger’s efforts to indoctrinate minorities using Black ministers and this more modern attempt of co-opting Black community support can be clearly seen in Planned Parenthood’s employment ad, which states in part, “The Black Organizing Program is Planned Parenthood’s national effort to work with the Black community on fights for reproductive health, sex education, and access to care.” However, it seems that those in the Black community have a great deal of “access to care” (typically euphemistic language for abortion), as Black women now account for a whopping 38% of all abortions and have the highest abortion rate of all races, while African Americans make up just 12% of the U.S. population. (By comparison, white women had 35% of all abortions and Hispanic women accounted for almost 19%.) Live Action News has repeatedly documented that while abortions are on the rise at Planned Parenthood, health services and clients are actually plummeting. 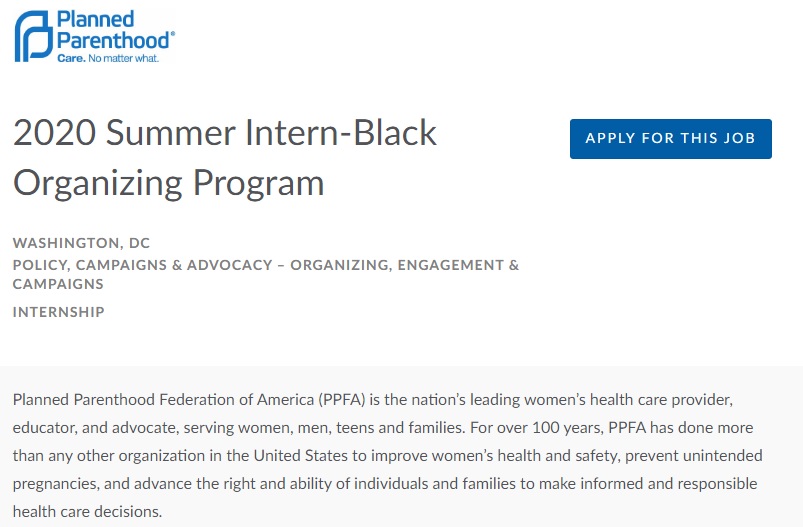 Planned Parenthood Federation of America (PPFA) seeks a dynamic 2020 Black Organizing Program to help further the goals of the organization by working with members of the Black Organizing Team….You will have the opportunity to learn:

Foundational organizing skills at a national level, including goal planning and evaluating success.

Experience working with communities of color and other marginalized groups with opportunities to highlight those voices in the Reproductive health and rights movement.

Development of training materials and support for Black leaders and affiliate staff who work with Black communities.

Additional job postings appear to reveal an all-out-effort by the eugenics-founded organization to target the Black community. Live Action News located the position of  Specialist, Black Leadership & Engagement (view ad here) who reports to the Director of Black Leadership and Engagement (Nia Martin-Robinson) to, “build and strengthen relationships within Black communities and be expressly familiar with culture and issue areas of Black communities”and “Maintain Black partnership database…” as well as “…highlight Black work.”

Planned Parenthood was founded in 1916 by Margaret Sanger, who was saturated in the eugenics movement. In 1921, Sanger proclaimed that “the campaign for birth control is not merely of eugenic value, but is practically identical in ideal with the final aim of eugenics.” In 1926, Margaret Sanger met with the women’s branch of the Ku Klux Klan, entertaining additional invitations. The event took place in Silver Lake, New Jersey, as Sanger described in her autobiography:

I accepted an invitation to talk to the women’s branch of the Ku Klux Klan…. I saw through the door dim figures parading with banners and illuminated crosses…. I was escorted to the platform, was introduced, and began to speak…. In the end, through simple illustrations I believed I had accomplished my purpose. A dozen invitations to speak to similar groups were proffered. (Margaret Sanger: An Autobiography, P.366)

Sanger called that event “one of the weirdest experiences I had in lecturing.”

Then, in 1939, Sanger created her “Negro Project,” as described in a letter she penned to Clarence Gamble regarding her desire to use Black ministers in furthering her organization’s agenda. “We do not want word to go out that we want to exterminate the Negro population,” she said. And if it did, these ministers could “straighten out that idea if it ever occurs to any of their more rebellious members.”

Live Action News has documented how many of Sanger’s board members were also deeply entrenched in the racist philosophy of eugenics. Among those were Lothrop Stoddard — identified as Exalted Cyclops of the Massachusetts chapter of the Ku Klux Klan — as well as Planned Parenthood’s first physician president, Alan F. Guttmacher (after whom the Guttmacher Institute is named). Both men pushed population control methods that targeted Black Americans. While Sanger was a vocal proponent of eugenic sterilization, Guttmacher (a former VP of the Eugenics Society) suggested voluntary methods like abortion would be a better tool. Planned Parenthood itself became steeped in the eugenics community, taking free rent from eugenics organizations.

This clip from the documentary film, Maafa21, recounts a case in which eugenics courts utilized Planned Parenthood’s services to do the dirty work of eugenic sterilizations:

To counter the suspicions that they had an agenda of Black genocide, Planned Parenthood appointed Black leaders to their organization to roll out their abortion agenda, just as Sanger’s Negro Project recommended. This has resulted in abortion disproportionately targeting the Black community to this day. Live Action News previously documented that, according to the most recent statistics (2016):

We now estimate that between 2010 and 2016 over 1.7 million Black babies lost their lives to abortion.