As Planned Parenthood celebrates the opening of its new facility in Charlotte, North Carolina, a dark history of eugenics in the region is coming to light. In part one of this two part series, Live Action News documented how Sarah Bryant, the founder of Planned Parenthood’s first Charlotte clinic, admitted that two men, Art Jones and Wallace Kuralt, influenced her to open that first office. Kuralt headed a coercive eugenic sterilization program in the state when he served as Mecklenburg County’s welfare director from 1945 to 1972. Eugenics has been a cornerstone of Planned Parenthood’s history, and its ugly roots continue to be revealed. 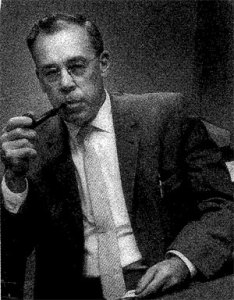 The State of North Carolina is one of the few states to focus on their eugenics history, which tragically targeted Blacks. One of the prominent supporters of the NC eugenics program was Clarence Gamble, a director of Margaret Sanger’s American Birth Control League, which later changed its name to Planned Parenthood. It was Sanger’s letter to Gamble that revealed Sanger’s infamous “Negro Project.”

Ironically, Kuralt’s eugenic sterilization program in Charlotte also targeted Blacks. A 2014 Slate article entitled, “The Most Discriminatory Law in the Land,” expounded on this:

… Kuralt expanded the sterilization program to include the poor and destitute, with a particular focus on black Americans. In 1960, black Americans were 25 percent of the population in Mecklenberg. But between 1955 and 1966, noted the Charlotte Observer in a 2011 piece investigating Kuralt’s work, they made up more than 80 percent of those sterilized at the request of the Welfare Department.

“When we stop to reflect upon the thousands of physical, mental, and social misfits in our midst,” wrote Kuralt in 1964, “the thousands of families which are too large for the family to support, the one-tenth of our children born to an unmarried mother, the hoard of children rejected by parents, is there any doubt that health, welfare, and education agencies need to redouble their efforts to prevent these conditions which are so costly to society?”

Sterilization, he believed, would save tax dollars by reducing poverty among the “low mentality-low income families, which tend to produce the largest number of children.” Or, as he wrote in an unsigned editorial the same year, “[A]t the bottom of many welfare problems is the illegitimate child, the unwanted child in his most extreme form.”

READ: Could the funding of abortion by wealthy Americans be rooted in eugenics?

According to the Charlotte Observer, “In 1957, the peak year for Mecklenburg, the state approved sterilizations of 52 blacks and five whites.” Live Action News previously documented the heart wrenching story of another North Carolina sterilization victim, Elaine Riddick. Watch the video below from the documentary film Maafa21:

Sterilization victims under Kuralt’s leadership included “A woman, 24, pregnant with an out-of-wedlock child: This girl is sexually promiscuous and a pauper,” Charlotte Observer writes. WFAE reported that Kuralt claimed for the poor, “sex is their recreation,” a “spontaneous activity, not planned in the same way middle class families plan sex.”

The New York Times called Kuralt “sympathetic” with eugenicists. “Wealthy businessmen, among them James Hanes, the hosiery magnate, and Dr. Clarence Gamble, heir to the Procter & Gamble fortune, drove the eugenics movement. They helped form the Human Betterment League of North Carolina in 1947, and found a sympathetic bureaucrat in Wallace Kuralt….”

NPR described the Human Betterment League’s brochures as saying things like, “North Carolina offers its citizens protection in the form of selective sterilization,” and “The job of parenthood is too much to expect of feebleminded men and women.”

“Morons,” the league called them. “The Human Betterment League made social workers and doctors and public officials feel like humanitarian heroes for sterilizing people,” NPR added.

The Observer quoted Kuralt from a 1964 article:

“When we stop to reflect upon the thousands of physical, mental and social misfits in our midst, the thousands of families which are too large for the family to support, the one-tenth of our children born to an unmarried mother, the hoard of children rejected by parents, is there any doubt that health, welfare and education agencies need to redouble their efforts to prevent these conditions which are so costly to society?”

The Charlotte Observer ended its piece by writing:

Writer Mary Snead Boger interviewed [Kurault] for her 1972 book “Charlotte 23,” a collection of profiles of the city’s most important residents. He told her planned parenthood for the poor was his most significant accomplishment.

“I suppose,” he said, “no comparable population in the world has ever received more eugenic sterilizations.”

In 1983, for his work, Planned Parenthood of Greater Charlotte awarded Kuralt their highest honor: the Margaret Sanger Award, according to Kuralt’s 1994 Charlotte Observer obituary.

Read Part One of this two-part series here.