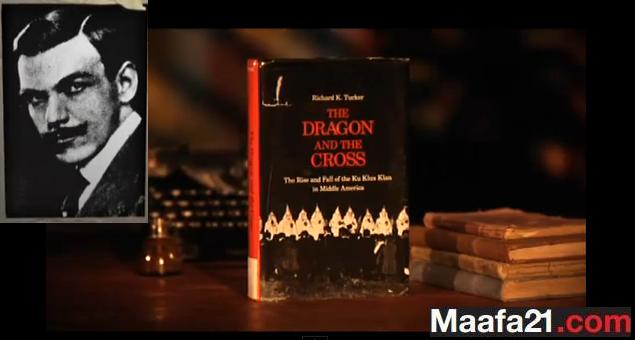 Lothrop and Sanger had two things in common: both were members of the eugenics movement — and both had connections to the Ku Klux Klan. While Sanger admitted to meeting and speaking with members of the Klan, Stoddard went all in, and was reportedly identified as the Exalted Cyclops of the Massachusetts chapter of the Klan.

The New Yorker piece is a fascinating look at the past and exposes the mindset that permeated eugenicists of Sanger’s day, which likely influenced Planned Parenthood leaders like Sanger and former Eugenics Society VP and Planned Parenthood president Alan F. Guttmacher, among others. 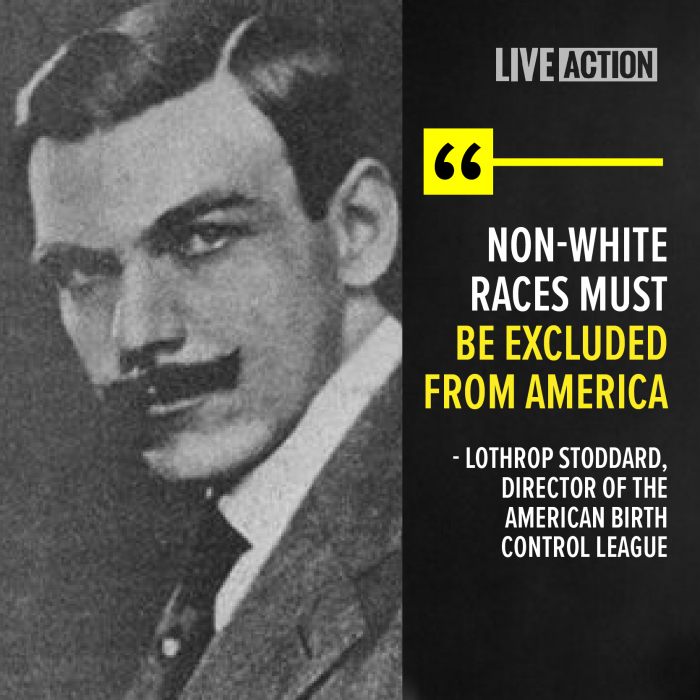 In his piece, “When W. E. B. Du Bois Made a Laughingstock of a White Supremacist,” author Ian Frazier pulls the reader in with vivid snippets from the lives of Madison Grant (a founder of the eugenics movement) as well as Stoddard. Grant’s book, The Passing of the Great Race, was revered by German Nazi leader Adolf Hitler. As Frazier recounted, “Grant took pride in the Nazis’ use of his book and sent them copies of a subsequent one, about how American Nordics like himself had conquered North America. He also was a director of the American Eugenics Society, thought ‘worthless’ individuals should be sterilized, and considered his lobbying for the Johnson-Reed Immigration Act of 1924, which shut down most immigration to the U.S., to be one of the great achievements of his life.”

Frazier claims Grant’s racist book deeply impacted Stoddard, and Grant actually ended up writing the introduction to one of Stoddard’s books, “The Rising Tide of Color Against White World-Supremacy.” According to Frazier, Stoddard “scare[d] his readers with the spectre of race war” and “the prospect of losing a race war.” The villains, according to Stoddard, were “mulattoes.” Stoddard was a Harvard graduate and a prolific writer with a Ph.D. in history — a highly educated individual with frightening eugenic ideas. 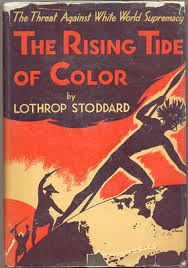 Lothrop Stoddard wrote racist book The Rising Tide of Color, and sat on Margaret Sanger’s board

“Stoddard had written that ‘mulattoes’ … who could not accept their inferior status, were the chief cause of racial unrest in the United States, and he looked forward to their dying out,” Frazier said, noting that Black newspapers called Stoddard “the high priest of racial baloney” and “the unbearable Lothrop Stoddard.”

Frazier claims that Stoddard denied being involved with the Klan (later reports claimed he was) but explained that Stoddard “endorsed [the Klan’s] tactics passionately in his books. And, in 1926, he gave a lecture before 2,000 at Tuskegee University in Alabama, informing them that the Nordic race was superior to nonwhites and that, for the good of all races, the world must continue to be governed by white supremacy.” 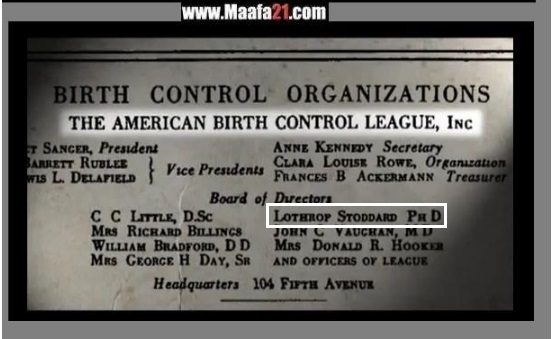 Stoddard’s racist ideas made a fascinating backdrop behind the 1929 debate. His opponent, N.A.A.C.P. founder W.E.B. DuBois, was invited by the Chicago Forum Council to debate the topic, “Shall the Negro Be Encouraged to Seek Cultural Equality?” Live Action News obtained a copy of the poster for that debate (seen below). Frazier writes, “In smaller letters, the ad asked, ‘Has the Negro the Same Intellectual Possibilities As Other Races?’ and below that the answer “Yes!” appeared with a photograph of Du Bois, who would be arguing the affirmative. Alongside the answer “No!” was a photograph of Lothrop Stoddard, a writer, who would argue the negative. In the picture, Stoddard projects a roguish, matinée-idol aura, with slicked-down hair and a black mustache. The ad identified him as a ‘versatile popularizer of certain theories on race problems” who had been “spreading alarm among white Nordics.'” 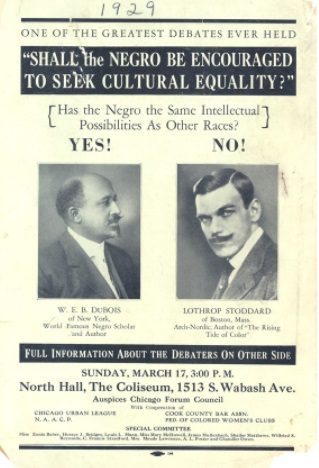 Frazier goes into length to describe the debate between the two men, and concludes DuBois the victor with Stoddard becoming a laughing stock. Frazier writes, “The idea of watching the champion of white supremacy get shot down by a brilliant black debater had great appeal. If Stoddard had been willing, the two might have sold out halls across the country. In the process, the lunacy of his theories might have been laid bare, and the Nazis who later used Stoddard and Grant and other American racists to justify the crimes of the Third Reich might have had less to work with…. Eventually, Du Bois received confirmation from the director of a lecturers’ agency: ‘Lothrop Stoddard does not want to debate you again.'” 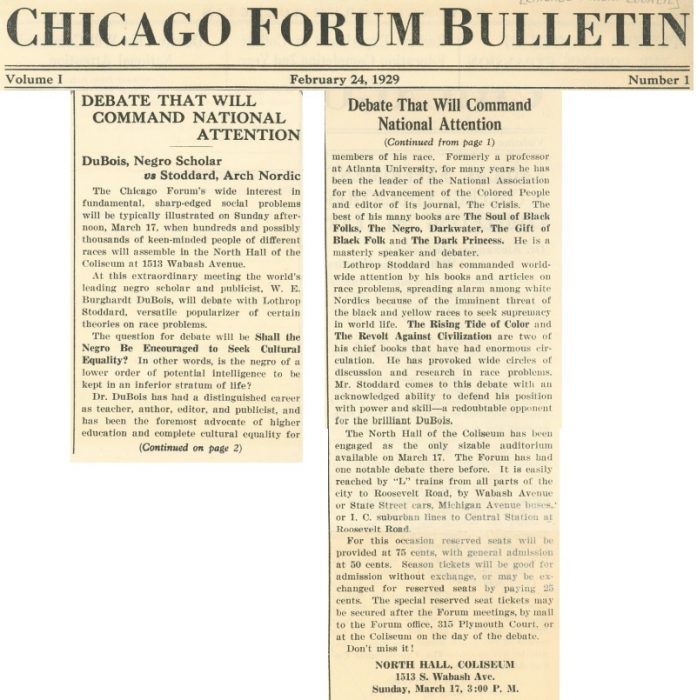 Interestingly, both Stoddard and DuBois joined Sanger’s movement, but Frazier connects neither Sanger nor Stoddard’s racist writings to the same ideology that influenced the founding of the Planned Parenthood empire.