On Wednesday, Planned Parenthood’s acting president and CEO Alexis McGill Johnson, who took over the abortion giant after Dr. Leana Wen was terminated from the organization, penned a puff piece in the Washington Post designed to save Planned Parenthood’s image in the wake of Wen’s departure. Johnson’s goal is to advance the narrative that Planned Parenthood is an embattled health care provider, forced against its will to engage in political advocacy.

“… [As] I begin my tenure as acting head of Planned Parenthood, some are dismissing or mischaracterizing the organization’s mission as ‘political,’ offering a false choice between advocating for women’s health and offering health care,” says Johnson in her op-ed. “The sexual and reproductive health care our organization provides is not ‘political’; it has been politicized — and not by us.”

But as usual, the new Planned Parenthood leader built her manifesto on deception. 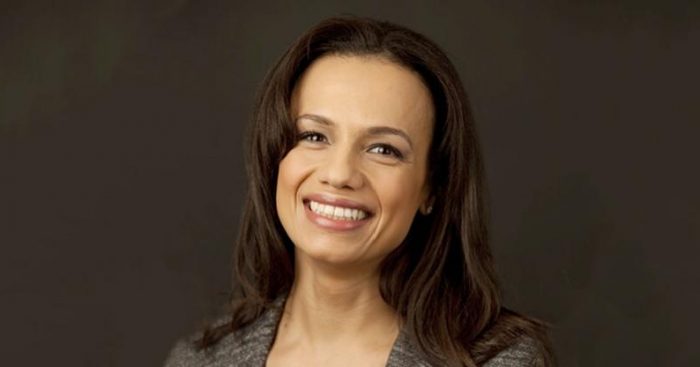 According to a Live Action special report, Planned Parenthood spent $30 million during the 2018 Congressional elections to help pro-abortion politicians get elected. During the October 2018 Justice Kavanaugh hearings, Planned Parenthood Action Fund tweeted a strange threat to senators who vote for his confirmation: “Roses are red, Violets are blue, Senators vote NO on #Kavanaugh, Or else we’re coming for you. #NationalPoetryDay #StopKavanaugh.” Planned Parenthood, which receives half a billion tax dollars each year, had contributed financially to every Democratic member of the Senate Judiciary Committee.

According to Johnson, “Abortion, a legal medical procedure that 1 in 4 women will have in her lifetime, has been demonized and politicized, putting at risk sexual and reproductive health care for millions of people. We will fight anyone who attempts to politicize that care.”

Abortion is never medically necessary, according to medical professionals and even former abortionists. Women who have pregnancy complications, including ectopic pregnancies, may require surgery or premature delivery, which may unfortunately cause the premature death of a baby too fragile to survive outside the womb. But this is not abortion, as abortion is the intentional, targeted killing of a preborn baby. It is never a medically necessary part of treating any pregnancy condition, a fact to which over one thousand medical professionals attested in a signed declaration.

Johnson’s oft-repeated claim, that 1 in 4 women will have an abortion in her lifetime, is a claim based on dubious methodology that doesn’t take into account the ongoing decline in the abortion rate, reached a historic low in 2015, according to a 2018 CDC report. In fact, just three years ago, Planned Parenthood advertised on its website that 1 out of every 3 women would have an abortion, a statistic that earned four Pinocchios from the Washington Post. Incredibly, in 1992, the statistic was estimated by the Guttmacher Institute to be 1 in 2 women.

Johnson’s predecessor Leana Wen told some of these same lies. Apparently the faces change but the deception doesn’t…

While mischaracterizing Planned Parenthood’s founding as somehow noble, Johnson is nonetheless right to draw a line of continuity between Planned Parenthood’s early years and today. For an organization founded by eugenicists — including Margaret Sanger and nearly all the early board members — Planned Parenthood still today is imbued with a spirit of eugenics that pressures women of color into believing abortion is necessary to solve their problems.

And Planned Parenthood has always masked its true spirit by pretending to be about women’s health. But the impact of Planned Parenthood’s “care” in communities is a lethal eugenics. As The Radiance Foundation founder Ryan Bomberger has pointed out, “More black babies have been aborted in NYC (for years) than born alive.” As a result of “care” like this, Bomberger has rightly noted that “There is no group that kills more black Americans than Planned Parenthood.”

As U.S. Supreme Court Justice Clarence Thomas once observed, “The use of abortion to achieve eugenic goals is not merely hypothetical. The foundations for legalizing abortion in America were laid during the early 20th-century birth control movement. That movement developed alongside the American eugenics movement. And significantly, Planned Parenthood founder Margaret Sanger recognized the eugenic potential of her cause.”

Planned Parenthood’s new acting president has charted a course in line with the longstanding strategy of her predecessors:  to promote abortion under the pretext of health care, and to use whatever means necessary to expand abortion.