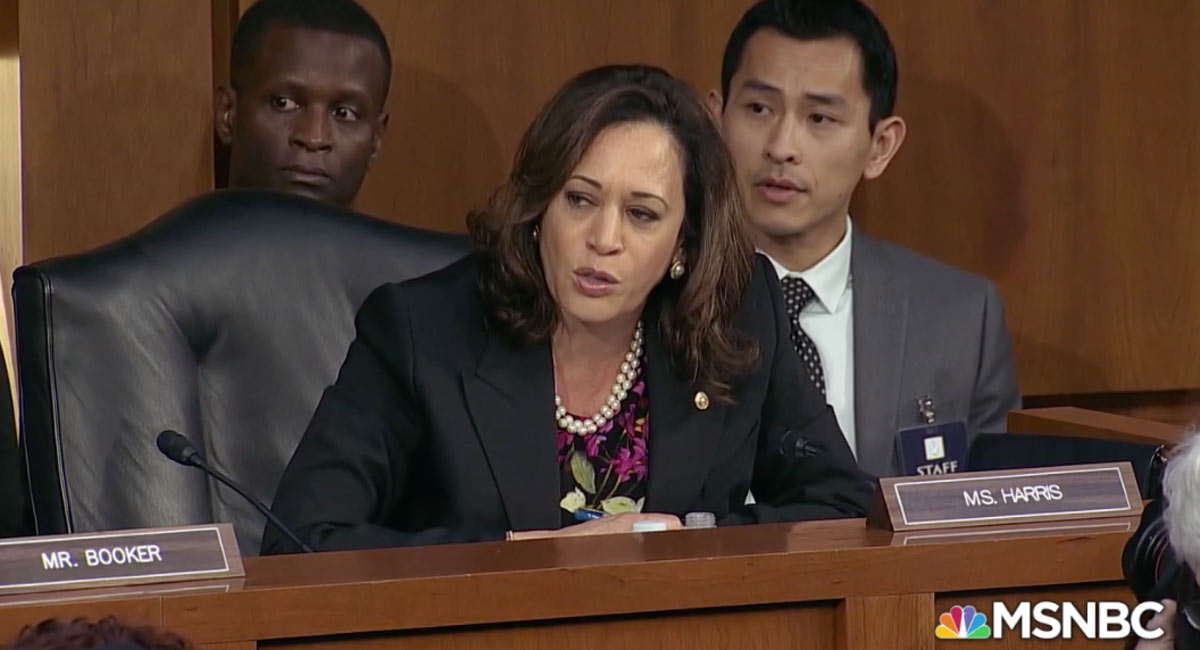 The past several days, politically-minded Americans have been watching the Senate Judiciary Committee’s confirmation hearings of Supreme Court nominee Brett Kavanaugh. Predictably, pro-life issues became central to some of the questioning. It wasn’t long before Planned Parenthood, the nation’s largest abortion provider, chimed in, claiming Cavanaugh is a threat to Roe v. Wade (and even to birth control). These claims were sent to its email list multiple times this week, with a prominent link in each for people to donate to fight Kavanaugh’s nomination. Judging by the donation records of Planned Parenthood political action committees (PACs), it appears that the money they solicit is being funneled it right back into elections and votes they hope to buy. Planned Parenthood, of course, has a business interest in keeping abortion legal, and would therefore be against any Supreme Court appointee who is a Constitutional originalist like Kavanaugh.

Democratic members of the Senate Judiciary Committee have put on quite the show over the past week — some more than others. Each has a 100% rating from Planned Parenthood, and Planned Parenthood has helped to fund them all.

Open Secrets, the nonpartisan, nonprofit website from the Center for Responsive Politics, allows the public to see who is funding political candidates. Planned Parenthood PACs’ records reveal varying donations to each Democratic member of the Judiciary Committee. They include:

Klobuchar, from Minnesota, is listed as the fourth largest recipient of Planned Parenthood PAC money in the 2018 election cycle ($14,650), but not far behind her on the list is Ranking Member Feinstein. Not only is Feinstein a top recipient from a Planned Parenthood PAC ($6,010 in 2018), but her top contributor for the last five years has been Emily’s List, whose mission is to “elect pro-choice Democratic women to office.” Emily’s List donated $98,680 to her campaign, according to Open Secrets, and the second highest industry donations Feinstein received in election cycles 2013-2018 have been from “women’s issues” groups — generally a euphemistic way of saying “abortion advocates.” These donations totaled $360,323.

Planned Parenthood has funneled many dollars into PACs, as Open Secrets notes. Here are the top recipients: 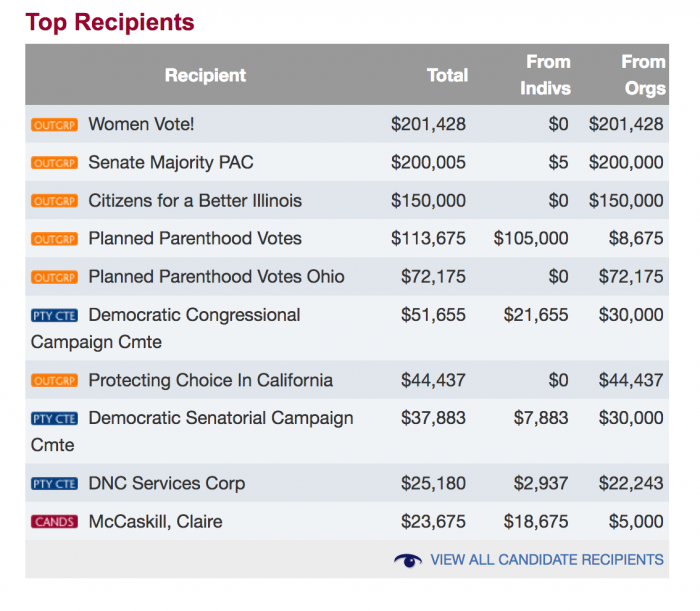 Additionally, Open Secrets notes that eight of the 14 lobbyists for the Planned Parenthood PAC in the 2017-18 election cycle were former government workers. This certainly helps Planned Parenthood make its connections on Capitol Hill. 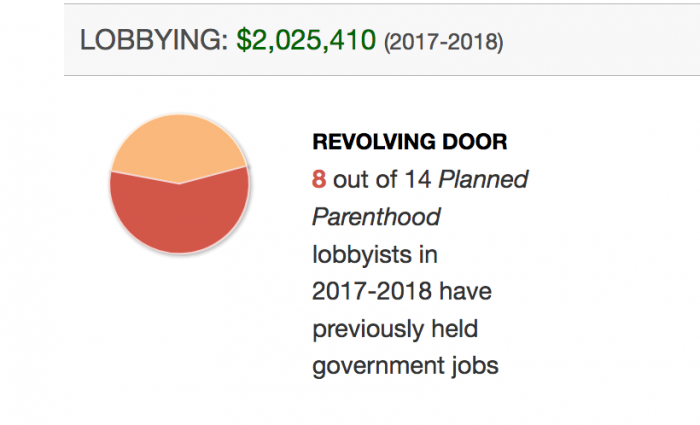 Other members of the Judiciary Committee are in Planned Parenthood’s purse, as well.

Sen. Dick Durbin, who used to claim to be pro-life, has been cozy with the abortion organization for years. Planned Parenthood, alongside the the United Nations, honored Durbin for his leadership in “family planning.” Championing him, Carole Brite, president and CEO of Planned Parenthood of Illinois, said:

Senator Durbin is an unparalleled champion of women’s health care. We’re proud to have a leader in our home state who is committed to improving women’s access to affordable, preventive health care.

Durbin has, in recent years, championed the abortion corporation, even tweeting to support it:

As for the Judiciary Committee’s Sen. Kamala Harris, Planned Parenthood has been helping her political career for years. Harris, the former Attorney General of California, became infamous for her response to the undercover Planned Parenthood videos by announcing she would be investigating The Center for Medical Progress, rather than Planned Parenthood and the fetal tissue brokers who were operating illegally in her state.

Indeed, Harris, like her California counterpart Feinstein, has made abortion advocacy almost a side job, as Live Action News has previously reported. The abortion profiteer gave to her re-election campaign in California. 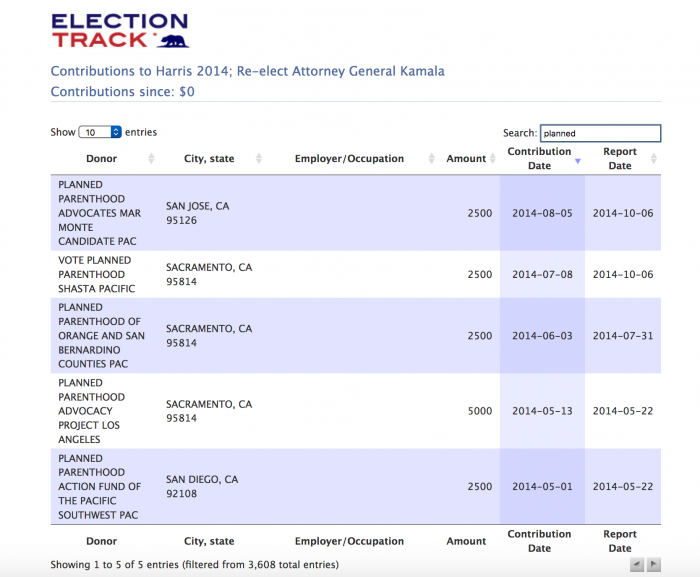 And Harris wasn’t shy about helping Planned Parenthood. From her perch in the Attorney General’s office, while trying to cover up for Planned Parenthood, StemExpress, and the other key players profiting from the sale of aborted fetal body parts, Harris placed this petition on her website: 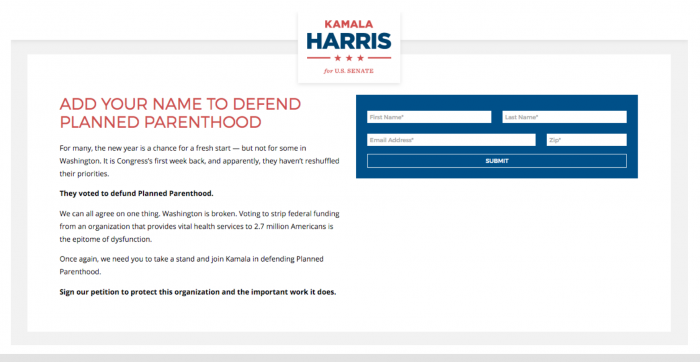 The Planned Parenthood Action Fund is proud to endorse Chris Coons for U.S. Senate. Chris understands the importance of trusting women when it comes to their health, and will be a passionate advocate for women and women’s reproductive rights.

It’s difficult to find a Democrat to whom Planned Parenthood isn’t donating to keep in office; after all, keeping abortion advocates in power keeps the abortion business going. Most Republicans have a big $0 next to their names when it comes to Planned Parenthood PACs donating to them, but the notable exceptions this year are Republican Sens. Lisa Murkowski of Alaska and Susan Collins of Maine. Both are known to be “moderate” Republicans, but they are pro-abortion, as evidenced by their partnership with Planned Parenthood. 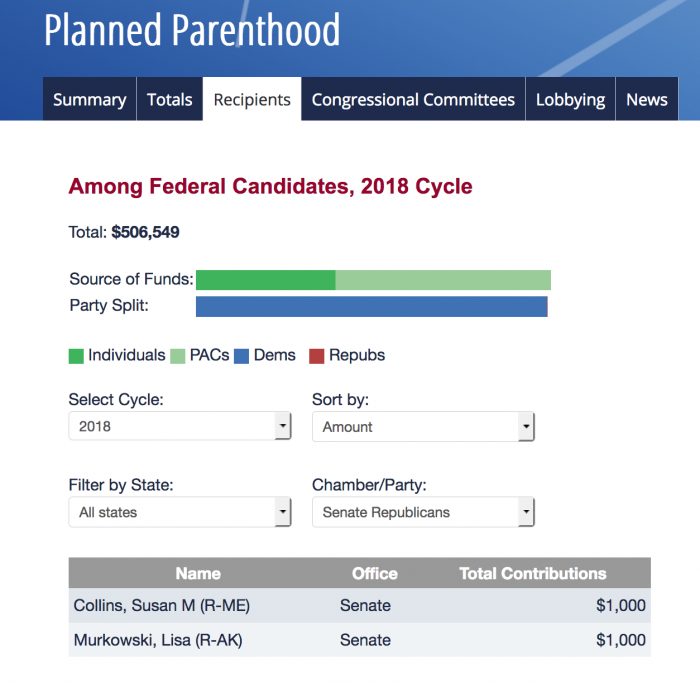 Both Murkowski and Collins have committed to support and fund Planned Parenthood. Whether or not their support for abortion will influence their votes when Judge Kavanaugh goes before the full Senate for a vote after his likely confirmation from the Judiciary Committee, which the Republicans control 11-10, remains to be seen. Some predict it will be a close vote, and the abortion industry seems intent on making sure it influences legislators with campaign cash.