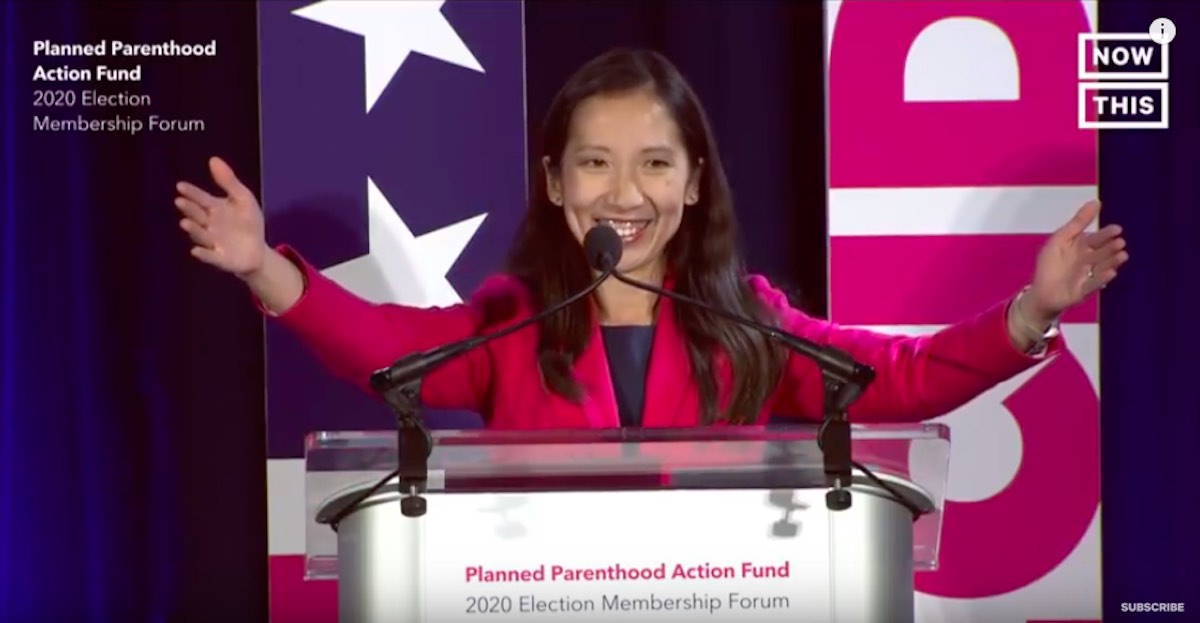 Less than a year into her role as president of Planned Parenthood Action Fund, Dr. Leana Wen is now out of job.

Wen, the former Baltimore City Health Commissioner and emergency room doctor, took to Twitter to share the news about her ouster.

As a physician and public health leader, I came to Planned Parenthood to lead a national health organization that provides essential primary and preventive care to millions of underserved women and families, and to advocate for a broad range of policies that affect our patients’ health. I believe that the way to protect abortion care is to be clear that it is not a political issue but a health care one, and that we can expand support for reproductive rights by finding common ground with the large majority of Americans who understand reproductive health care as the fundamental health care that it is.

I am leaving because the new Board Chairs and I have philosophical differences over the direction and future of Planned Parenthood. It has been an honor and privilege to serve alongside dedicated doctors, nurses, clinicians, staff, and volunteers who are on the frontlines of health care in our country. I will always stand with Planned Parenthood, as I continue my life’s’ work and mission of caring for and fighting for women, families, and communities. 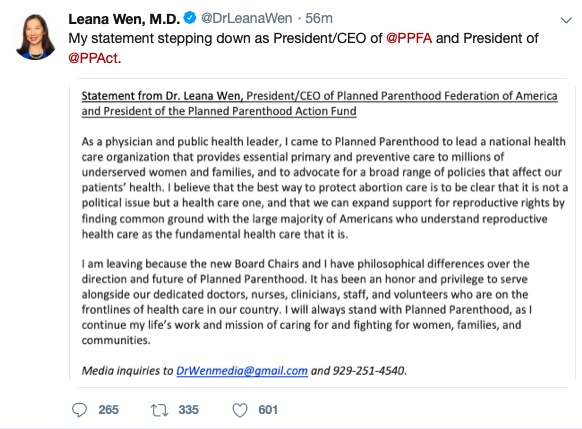 Wen’s sudden removal comes as a strong majority of Americans favor restrictions on abortion rights, with eight in 10 favoring limiting abortion to –at most– the first three months of pregnancy, according to recent polling by Marist. In addition, polling shows that most Americans, including women, oppose taxpayer-funded abortion. And a recent Gallup poll shows that increasingly more Americans are holding to a pro-life view.

Leana, I know exactly how Planned Parenthood works and know ALL about their secret meetings. If you ever want to talk about your experience (in complete confidence), I’m here. I will help in any way I can through your transition. ❤️

Serrin Foster, president of Feminists for Life, reacted on Facebook, saying, “Unfortunately for Dr. Wen, she was unable to make it full term. With a change of heart, we would surely welcome her into the pro-life movement. This is my personal invitation for her to reach out”:

However, Wen emphasized that no matter what, she will “always stand with Planned Parenthood.”

Live Action president and founder Lila Rose tweeted in response, “Planned Parenthood’s priority will ALWAYS be abortion. Not their staff, not the health of women, not basic human decency. It’s why hundreds of workers are leaving the abortion industry, & why millions more Americans are becoming pro-life.”

Not their staff, not the health of women, not basic human decency.

It’s why hundreds of workers are leaving the abortion industry, & why millions more Americans are becoming pro-life. https://t.co/rlifRrw0dP

Ousted Planned @PPFA President @DrLeanaWen explains her departure is due to “philosophical differences” & that PP wants to “double down on abortion-rights advocacy.”

Wen replaced Cecile Richards, who stepped down in January 2018 after 12 years at the helm as president.

The acting president replacing Wen “effective immediately” will be former Planned Parenthood Federation of America board member and former PP Action Fund board member, Alexis McGill Johnson, a “social justice leader” and “political organizer,” according to an announcement from Planned Parenthood: 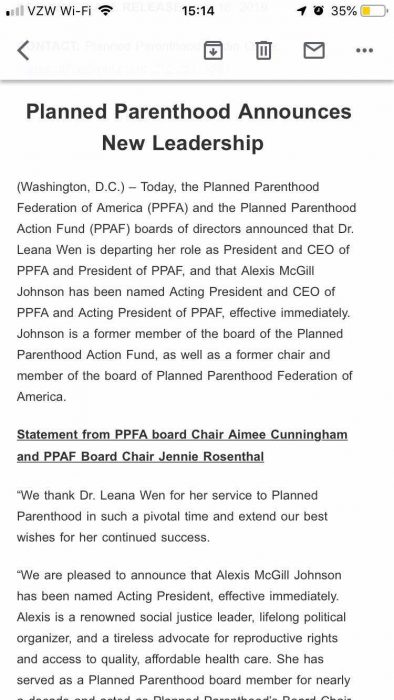