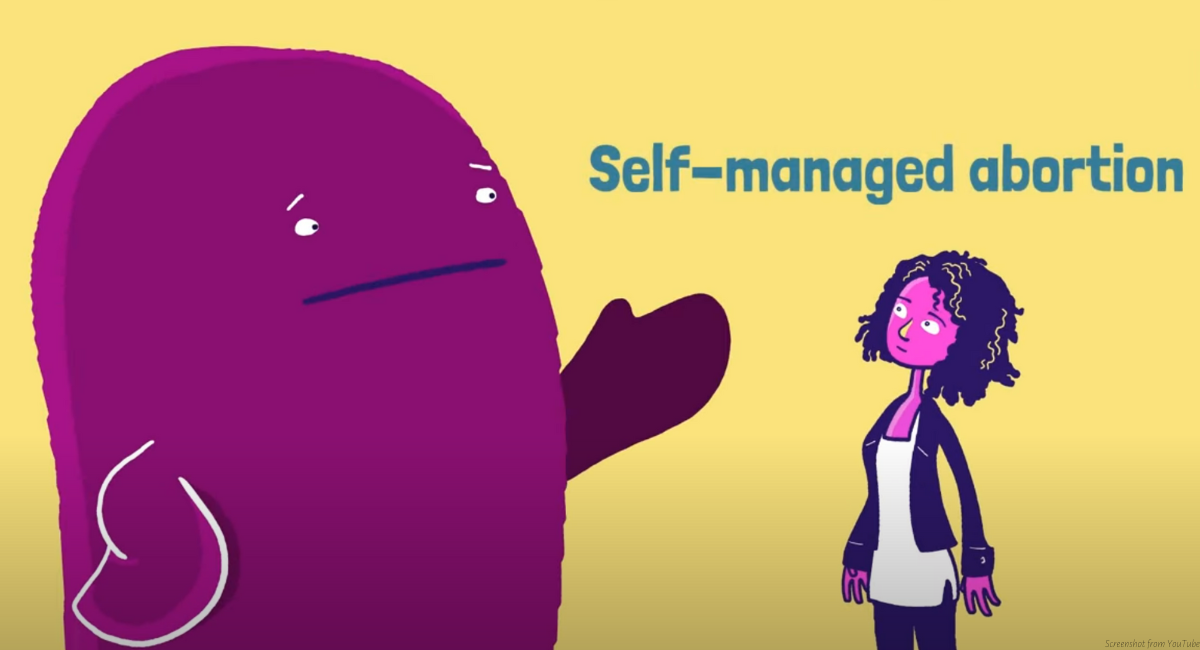 AMAZE is a website backed by Planned Parenthood filled with cartoon “sex-ed” videos designed to sell sex to children as young as 10. Live Action News has previously covered their semi-pornographic content, which includes heavy promotion of contraception and white-washing of abortion, as well as tacit endorsement of sex between adults and children.

In the new video, a giant purple blob named Sam acts as the narrator, dispensing a sanitized depiction of chemical abortion, as well as telling kids how to get abortion pills — without a doctor or parental involvement. Speaking to “a trusted adult” is only mentioned as an afterthought; parents specifically are never mentioned.

The video inaccurately depicts a preborn child as a tiny red dot, and euphemistically refers to the developing baby as merely “the contents of the uterus” or “the pregnancy.” 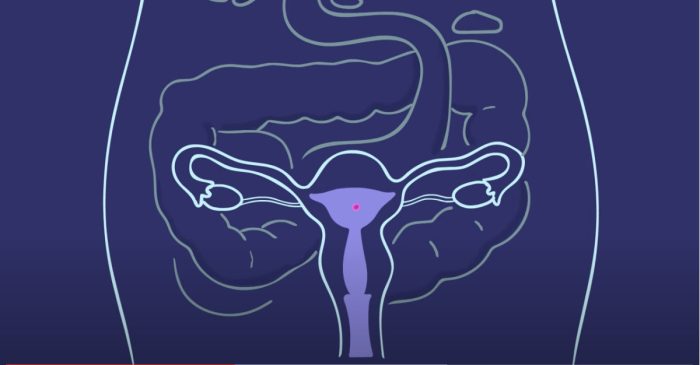 AMAZE screenshot of developing baby inside a uterus

It also glosses over the actual experience of using the abortion pill, saying simply, “For some people, this might feel like a very heavy period. For others, it will be an intense experience with intense cramping.”

Women who have actually taken the abortion pill, however, describe the experience as intensely painful and traumatic — and some women lose so much blood, their bathrooms are left looking “like a slaughterhouse.” Neither these realities — nor the fact that a mother may see her developing child in the toilet after a chemical abortion — are ever alluded to in the AMAZE video.

Another way the video misinforms is by claiming chemical abortions (and, specifically, “self-managed” abortions) are “safe and effective,” and that “medical risks are extremely rare.” 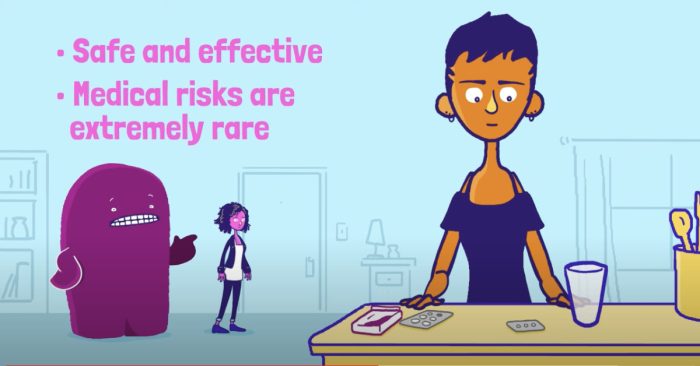 In reality, the abortion pill has been found to be four times more dangerous for women than surgical abortion. About 6% of women who take the abortion pill will require emergency treatment for complications afterward.

So-called “self-managed” abortions present even greater risks. Since moving to an at-home abortion pill protocol at the beginning of the Covid-19 pandemic, emergency calls related to abortion in the United Kingdom (UK) have risen a dramatic 64%. And little wonder: the “self-managed” model being used in the UK and promoted by AMAZE does not involve a screening for ectopic pregnancy, and women with ectopic pregnancies have died after taking the abortion pill.

The AMAZE video further misleads its young audience by saying misoprostol-only abortions “can be just as effective” as the standard two-drug protocol utilizing mifepristone as well as misoprostol. This is entirely false. Misoprostol-only abortions have been shown to have a failure rate as high as 30-39%. The failure rate for the two-drug regimen when used within the first 10 weeks of pregnancy, on the other hand, is listed at about 3-5%.

AMAZE misinforms its young audience on everything… except how to get the abortion pill. For that, they provide numerous links, including to a website that distributes the abortion pill. This is analogous to giving children car keys without first teaching them how to drive.

Both situations can only lead to disaster.