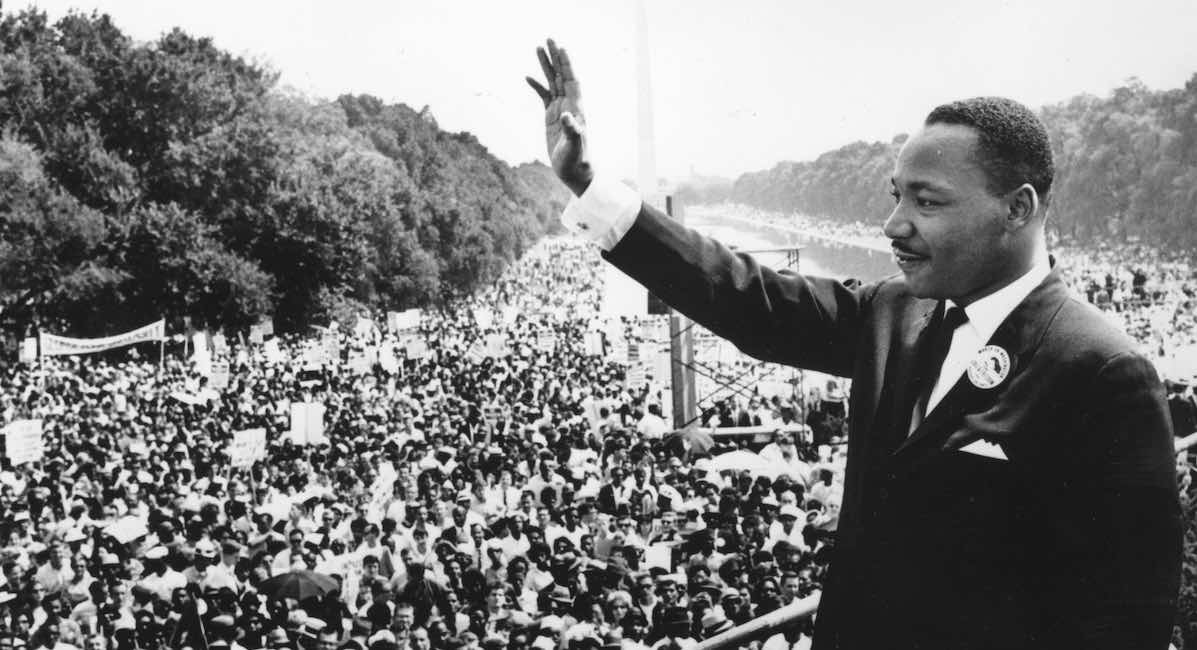 On this day in 1963, approximately 250,000 people gathered in Washington, D.C., to listen civil rights leader Dr. Martin Luther King’s iconic “I Have a Dream” speech. Tragically, today, approximately that same number of Black Americans are killed by legal abortion every year. Live Action News previously noted that, in 2015, although Blacks made up just 12% of the U.S. population, they accounted for 36 percent of reported abortions. Depending on the source of statistics used, this means that an estimated 229,740 (CDC/2015) to 259,336 (Guttmacher/2014) died from abortion in just one year.

Multiply this by 46 years of legalized abortion, and it appears to be a terrible act of Black genocide.

Sadly, the tragedy did not begin with abortion. Live Action News has documented how Planned Parenthood founder Margaret Sanger and many of her board members were deeply entrenched in the racist philosophy of eugenics. Among those were Lothrop Stoddard, identified as Exalted Cyclops of the Massachusetts chapter of the Ku Klux Klan, as well as Planned Parenthood’s first physician president, Alan F. Guttmacher (after whom the Guttmacher Institute is named). Both men pushed population control methods that targeted Black Americans.

While Sanger (a member of the Eugenics Society who admitted to meeting with members of the Klan) was a vocal proponent of eugenic sterilization, Guttmacher (a former VP of the Eugenics Society) suggested voluntary methods like abortion would be a better tool. Despite the marketing hype, after their name change, Planned Parenthood itself was steeped in the eugenics community, taking free rent from eugenics organizations.

Planned Parenthood likes to claim that MLK supported their work because, in 1966, he was awarded Planned Parenthood’s infamous Margaret Sanger award. But a look at a timeline leading up to the decision reveals Planned Parenthood may have had a more devious motive for granting him the award. A 1966 internal memo from Alan Guttmacher and Fred Jaffe outlined the plan for winning over the Black community. The memo begins by calling the new plan a “Community Relations Program.” The “program” is to “form a liaison between Planned Parenthood and minority organizations” and will emphasize that “all people have the opportunity to make their own choices,” rather than, as the memo states, “exhortation telling them how many children they should have.”

In 1966, Dr. Alan F. Guttmacher, president of the Planned Parenthood Federation, mentioned the plan during a symposium at the University of California Medical Center:

The only way the mounting feeling that birth control is a tool of racism can be handled, is to involve knowledgeable leaders from the minority groups who understand and are favorable to the philosophy of birth control. They, in turn, must translate their appreciation of the contribution which birth control can make toward family stability to their own people.

That same year, Planned Parenthood gave its most infamous award, the Margaret Sanger Award, to Dr. Martin Luther King, Jr. It was accepted by his wife, Coretta Scott King, rather than by MLK himself. Then, just two short years later, according to a November 1968 New York Times article, Planned Parenthood went on record calling for abortion and elected their very first Black board chairman to roll out the new agenda — Dr. Jerome H. Holland. According to media reports, Holland “pledged his support for the group’s program saying that those who call birth control a form of genocide are ‘not aware of the real meaning of family planning and its uses.’”

Planned Parenthood’s devious strategy was exacerbated even further under the corporation’s first female Black president, Faye Wattleton, who once admitted the group “received contributions from people who want to support us because they want all welfare mothers and all Black women to stop having children.”

There is no doubt that MLK would have rejected this kind of deliberate targeting of the very people his “I have a dream speech” was meant to lift up. Although MLK’s life was suddenly taken from us, many notable Black leaders of the past — Fannie Lou Hamer, Dr. Mildred Jefferson, Dr. Dolores Bernadette Grier, Iowa Rep. June Franklin, Erma Clardy Craven, and even comedian Dick Gregory — tried to warn us that abortion would become a tool of Black genocide. 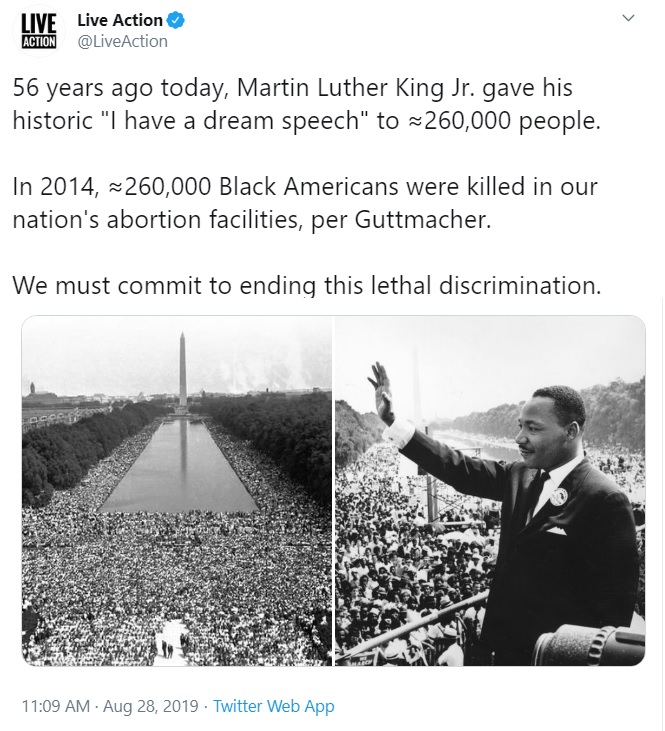 In one year abortion snuffs out between 230,000 to 260,000 Black lives — the size of MLK’s speech crowd. Somehow I doubt that was what his dream intended.