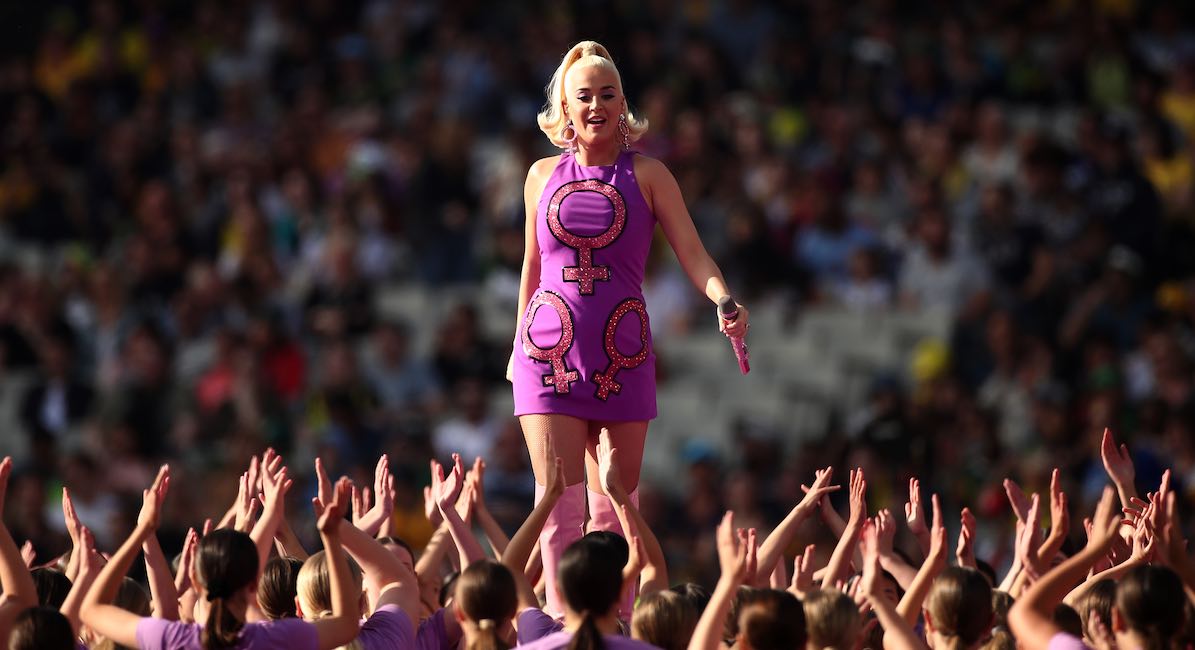 Planned Parenthood, which planned to spend $45 million on the 2020 elections, has organized a new ad campaign to try to win votes for pro-abortion politicians in six swing states this week, according to Hot Air. Musicians have partnered with Planned Parenthood for the ad campaign, ironically named, We Need Every Voice.

“United, our voices can change the direction of this country,” states the ad. “After the rushed confirmation of Justice Amy Coney Barrett, in the midst of a pandemic, we now face a Supreme Court that puts our health and freedoms, including our right to safe and legal abortion, at extreme risk. The damage already inflicted on our country will last for generations. We can’t afford any further assaults on our reproductive freedom — our right to control our bodies. We need your voice.” 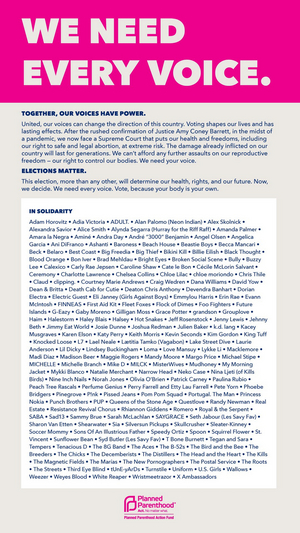 The ad also states, “We are proud to partner with musicians for We Need Every Voice to mobilize more people to use their voices and their votes to help elect leaders that will protect our futures, our health, our rights, and our freedoms.”

Abortion quite literally kills the future of nearly 900,000 human beings every single year. According to its most recent statistics from 2018, Planned Parenthood leads the abortion industry with a record 345,672 abortions committed that year. The deliberate and intentional killing of preborn children is not health care, and is not truly medically necessary.

One of the bands, Bright Eyes, partnered with other artists to write a song ironically called, “Miracle of Life” to benefit Planned Parenthood. The lyrics are little more than pro-abortion propaganda. A “young and blonde” girl becomes pregnant and undergoes an abortion by coat hanger because, “Girl, you’re in America now.” She then gets an infection and dies. “Went right up to heaven,” claims the band. “We’re all children of God.”

Either the musicians completely missed the fact that preborn children are also children of God, or the song is dripping with mockery of Christian values. Either way, it is built on a fabricated image of the abortion industry as the savior of American women who apparently ‘need’ abortion in order to achieve their dreams and goals. The truth is, women were not dying in large numbers before Roe v. Wade legalized it in all 50 states. Legalizing the killing of innocent human beings in order to theoretically save women from dying via self-inflicted coat hanger abortions was never a solution to the problems women face in society, and has fixed nothing.

The song also overlooks the fact that legal abortion kills and injuries women regularly, though major media outlets fail to report it. Over the course of just nine days in May 2020, late-term abortionist LeRoy Carhart injured two women so badly during their abortions that ER workers were traumatized by what they witnessed when the patients came to them. One medical worker said it was “the most horrific thing I have ever seen.”

There is no such thing as a “safe abortion.” One person is targeted for death and one is injured either mentally, physically, or both. Planned Parenthood, for its part, does not want abortion to be rare. It currently holds 40% of the abortion market share in the U.S. and committed a record high number of abortions in 2018 despite a continued overall national decline, so it has a vested interest in seeing that abortion continues with even greater frequency.