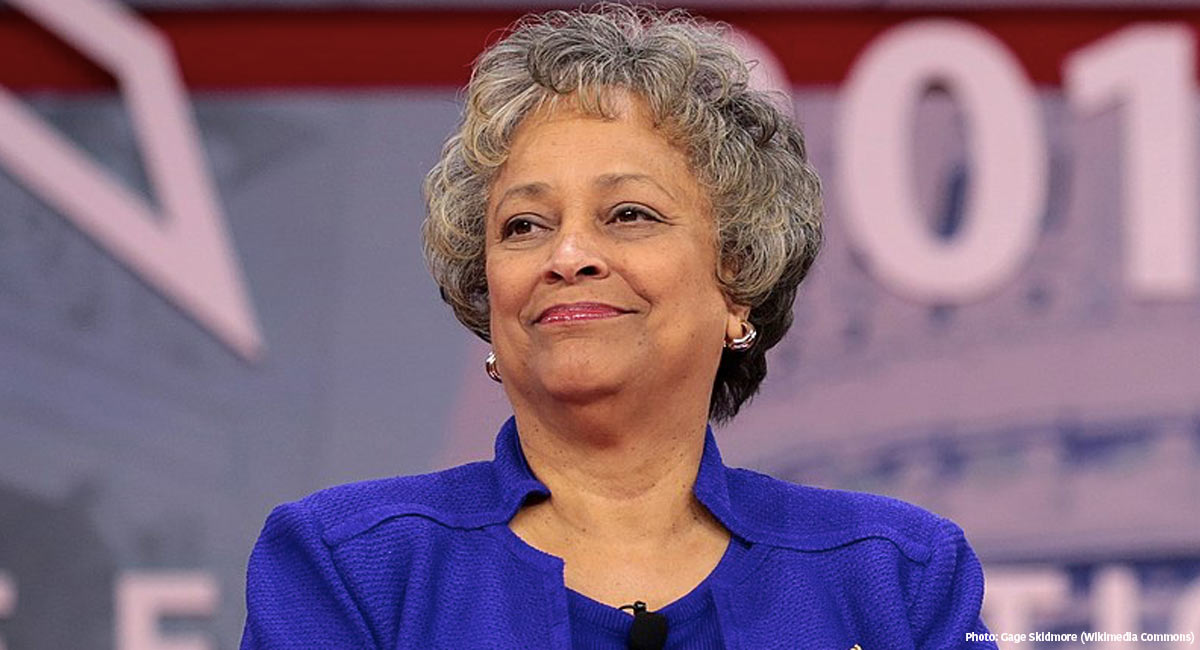 (The Daily Signal) Believers in internet freedom and all the potential of the digital revolution should be deeply disheartened by Google’s spineless decision last week to abandon its artificial intelligence advisory council.

The reason Google dropped the idea? The inclusion on the council of The Heritage Foundation’s president, Kay Coles James.

James would have been a conservative voice on the council to offer balance and a different perspective than is usually heard in the left-leaning world of digital enterprises.

The presence of even one conservative was too much for the intolerant minions of Google, who rose up in protest, wrote slanderous petitions against her, and forced their management into retreat, just like they previously forced Google to abandon plans to work with the Pentagon.

Yet, James is exactly the kind of person who would have so much to contribute. Who in the male-dominated, techie world of Silicon Valley could match her insight and experience? Her perspective as a black, conservative, female intellectual and leader is distinctive, compassionate, and so rich that few people could match it.

James wrote in an op-ed this week in The Washington Post:

Being attacked is not new for me. As a black, conservative, pro-life, evangelical woman, I have spent most of my life being called names and being denounced for my beliefs.

In 1961, at age 12, I was one of two dozen black children who integrated an all-white junior high school in Richmond, Va. White parents jeered me outside the school, and inside, their kids stuck me with pins, shoved me in the halls, and pushed me down the stairs.

So, when a group of Google employees resorted to calling names and making false accusations because they didn’t want a conservative voice advising the company, the hostility was reminiscent of what I felt back then—that same intolerance for someone who was different from them.

In a world of intellectual honesty and good intentions, Google’s choice of James would have been brilliant.

In fact, having a multifaceted group with many points of view on the powerful, fast-moving technology of artificial intelligence is in itself a terrific idea.

Many of the problems currently presented by the ever-increasing speed of digital innovation and social media might have been mitigated by thoughtful, forward-looking analysis and discussion. What a shame this was not to be.

Unfortunately, there’s much to be concerned about in the digital sphere.

Internet freedom has long been U.S. government policy. Millions of U.S. dollars are devoted annually to creating circumvention technologies to enable citizens of China, Cuba, North Korea, and Iran access to uncensored information and ideas on the internet.

Yet, the Freedom House—whose annual report, “Freedom on the Net,” studies internet freedom globally—says the internet “is growing less free around the world, and democracy itself is withering under its influence.”

The 2018 report, issued Nov. 1, reported a decline in internet freedom for the eighth consecutive year.

Here in America, we have reached an impasse as the left seeks to dominate digital platforms, just like it dominates most of the media and academic institutions, brutally shutting down debate.

Tech titans like Google, Facebook, and Twitter end up undermining the very ideals on which they were founded when they cave to pressure from left-wing ideologues who cannot abide diversity of opinion.