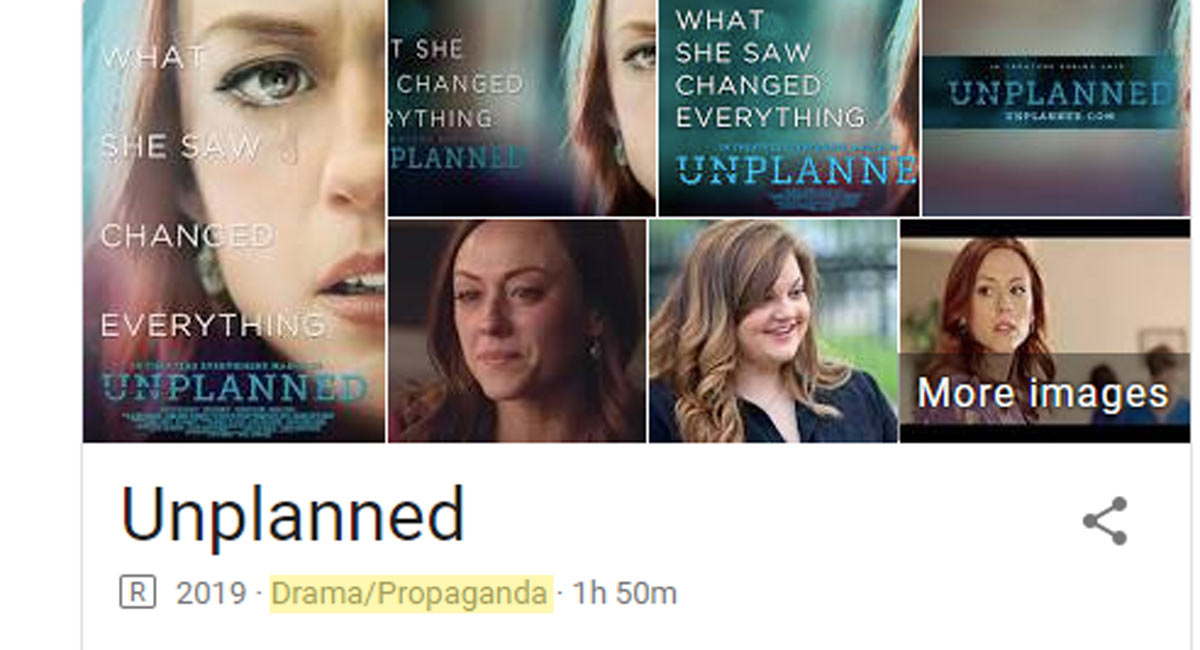 The Daily Signal’s Kelsey Harkness Bolar tweeted a jaw-dropping discovery she made when searching the film “Unplanned,” the pro-life conversion story of former Planned Parenthood facility director Abby Johnson. Bolar pointed out that, stunningly, Google has the film listed as “Drama/Propaganda.”

Who knew that “propaganda” was a movie genre? @Google once again exposing its gross political bias. @UnplannedMovie pic.twitter.com/jOh6TlqQ7C

Bolar wrote, “Who knew that “propaganda” was a movie genre? @Google once again exposing its gross political bias.”

Multiple Twitter users responded to Bolar’s tweet, noting the apparent double standard. Here are a few of their responses: 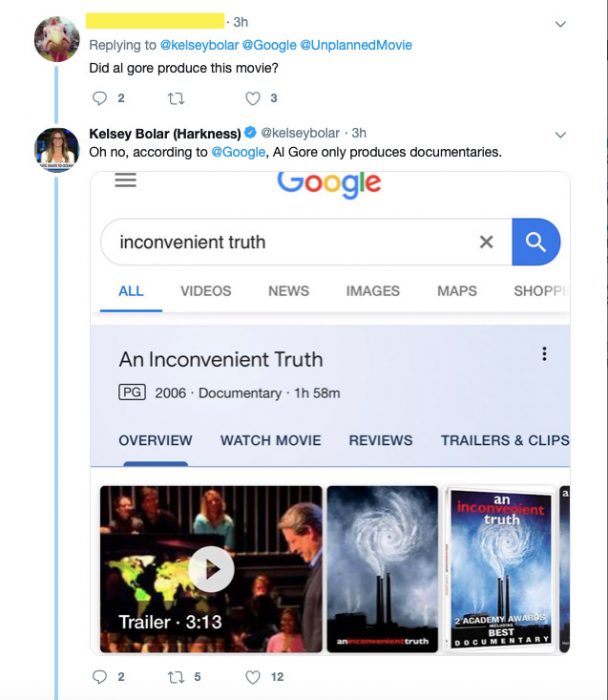 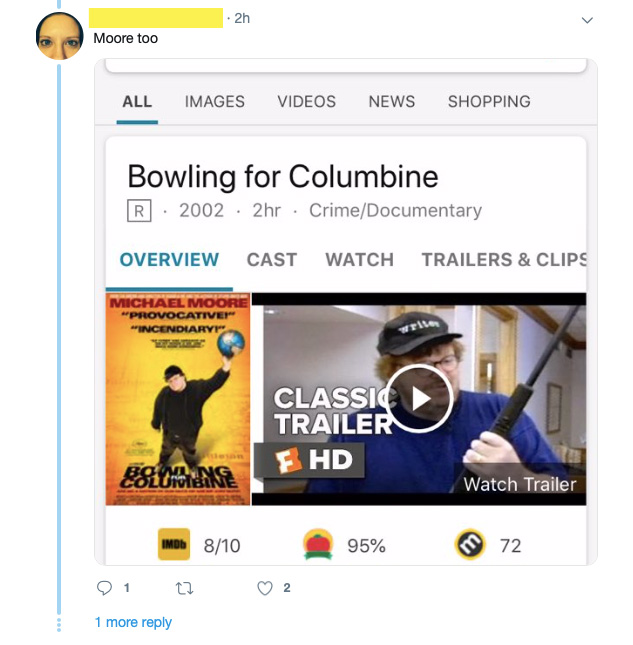 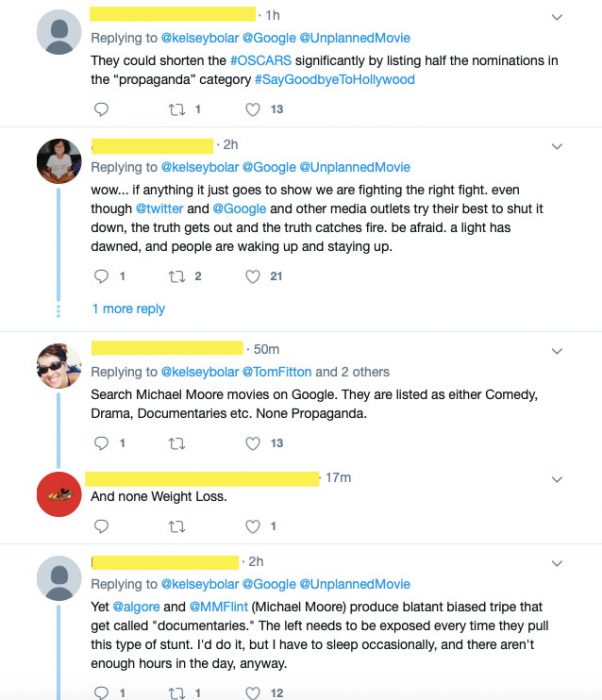 Fox News did its own search into other films, and couldn’t find any listed as propaganda. “Fox News also researched the Google results of the ‘God’s Not Dead’ film series and documentaries made by conservative filmmaker Dinesh D’Souza. None of those films were labeled ‘propaganda’ either,” wrote Fox’s Joseph A. Wulfsohn.

The “Unplanned” film has faced quite the uphill battle. The Motion Picture Association of America (MPAA) gave the film an R-rating — the first rating of its kind given to any Pure Flix film — severely limiting the film’s potential audience. Many noted the sad irony that girls under 17 can get abortions without parental permission, but couldn’t go see a film about abortion without a parent. As noted by Live Action News’ Nancy Flanders, “The MPAA cites the reasoning for the rating as ‘some disturbing/bloody images’ but Ben Kayser of Movie Guide has stated that other 2019 films that include killing, murder, and death have only received a rating of PG-13.”

Another noticeable challenge: the film’s opening weekend, Twitter inexplicably suspended the Unplanned movie’s account. When it was finally restored after a large outcry, tens of thousands of followers had been booted from the page and weren’t allowed to re-follow for several hours.

Filmmaker Chuck Konzelman testified at a Senate panel this week regarding the apparent bias the film has faced, noting how Google — which is now listing the film as “propaganda” — also refused to allow banner ads for the film. Life Site News reports that this was “on the grounds that the internet giant purports to refuse any abortion-related ads.” But, Konzelman said:

Just one problem: We weren’t doing abortion-related ads. We were marketing a movie…. It’s important to note that this prohibition was solidly in place for the entire leadup to our theatrical release […] Because that all-important opening weekend’s results determine the course of the film’s theatrical run … and even how much will make in ancillary markets and overseas.

Then, he testified, “Google came up with yet another restriction, concerning event ticket sales … one which our film’s marketers had never come across or even heard of in multiple similar campaigns.”

At the beginning of the Senate panel, Democrat Senator Mazie Hirono claimed that the problem, however, isn’t with tech companies — it’s with pro-lifers. “If conservatives have had their content removed,” she said, “maybe they should look at the content… they are posting. Maybe they shouldn’t post lies about Planned Parenthood selling baby body parts.”

Clearly, however, it doesn’t really matter what pro-lifers post. Tech companies like Google appear to have made up their minds that regardless, it’s “propaganda.”