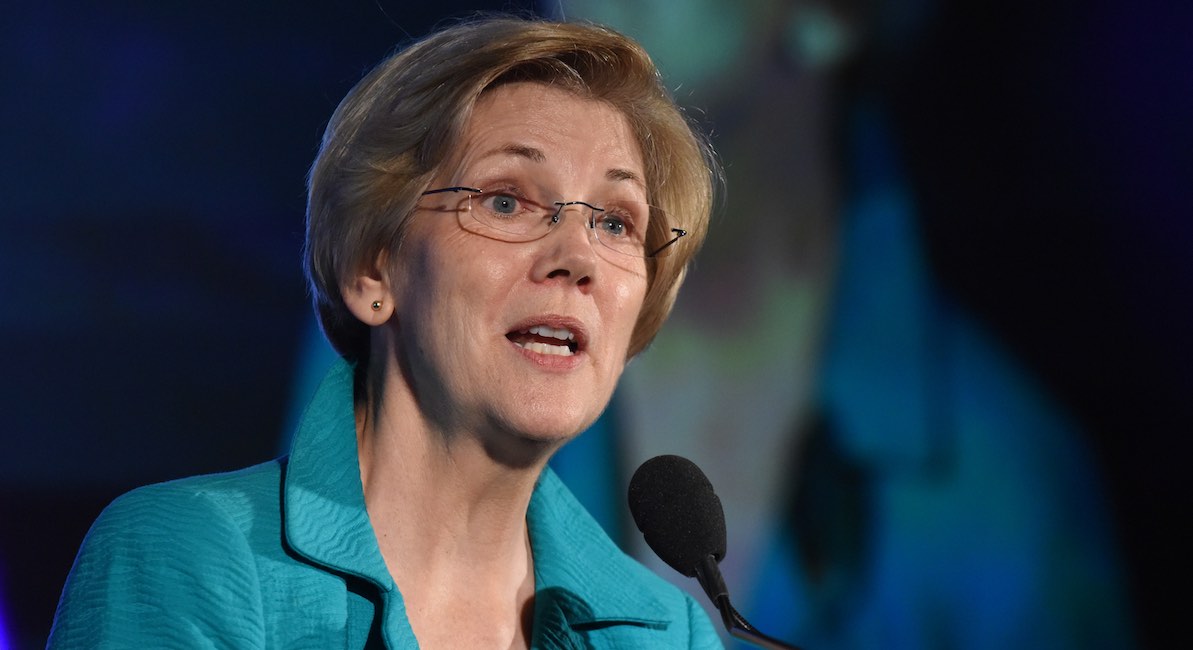 Teen Vogue recently published an interview with Senator Elizabeth Warren in which the former presidential candidate called for action on the federal level to ensure the “right to an abortion,” which she says is under “severe attack by hostile state legislators” and at the Supreme Court.

A central part of the senator’s rhetoric was her comparison of the “right” to abortion, the killing of an innocent preborn baby, to the fundamental American civic right to vote. “Both voting and access to abortion are basic. They’re about the functioning of our democracy and about the protection of personal autonomy,” Warren claimed. She went on to call legalized abortion “access to basic health care,” and said that this “means your autonomy as a human being is fully respected by the law,” which she called “the heart of what all of this is about.”

But abortion is never medically necessary and can never be classified as health care, despite Warren’s rhetoric. As the American Academy of Pro-Life Obstetricians and Gynecologists (AAPLOG) points out, “Abortion is the purposeful killing of the unborn in the termination of a pregnancy,” and there is a profound difference between purposefully killing a preborn baby and providing health care to a pregnant woman who has a life-threatening medical condition. The latter can sometimes result in unintended premature delivery, but as AAPLOG notes, physicians in this case will make every effort to save the life of the preborn baby, along with the mother.

Warren said that the wave of recent pro-life initiatives on the state level have threatened what she sees as “long-established, constitutional principles” including the “right” to abortion. She said this has led her to believe that legalized abortion on demand must be codified on the federal level and that the Senate’s filibuster rules should be suspended to do so. Currently, Senate procedure requires 60 votes to advance most pieces of legislation, and Republicans under Senator McConnell have vowed to block attempts to codify abortion on demand.

What Warren calls a long-established constitutional principle allowing for abortion on demand has, in reality, always been hotly debated. As Live Action News has demonstrated, the idea of a right to abortion as rooted in the Constitution simply does not hold water.

Warren expressed her fear that legalized abortion on demand is “much at risk by this Supreme Court,” referring to the Dobbs v. Jackson Women’s Health Organization case to be heard this fall. Warren blamed a “right-wing minority” for the composition of the Supreme Court, which she described as “poised either to undercut Roe even further, or to overturn it altogether.” In the Dobbs case, the Supreme Court will decide on the constitutionality of Mississippi’s Gestational Age Act, which would limit abortion to 15 weeks gestation. Despite the alarmist rhetoric from many abortion activists, Mississippi’s abortion limits — far from being extreme — would put the state squarely in the mainstream of the vast majority of European nations’ abortion laws and in line with the American public’s opinion on abortion restrictions.

While Warren points to a 2018 poll she claims shows 71% of Americans support Roe v. Wade, that poll used problematic wording and biased questioning. Additionally, many Americans are unfamiliar with the details of the Roe v. Wade decision, which calls into question the validity of such a poll. Subsequent polling has shown Americans’ attitudes to be far more supportive of abortion restrictions, including a 2021 Knights of Columbus-Marist poll that found 76% of Americans favor “significant restrictions on abortion.” As The Daily Signal notes, an AP-NORC poll in June similarly found that the overwhelming majority of Americans support restrictions on abortion. The vast majority of Americans want abortion to be restricted after the first trimester.

Teen Vogue has a long track record of normalizing and promoting abortion to its impressionable target audience — minors ages 12 to 17. In 2017, Teen Vogue released a notorious “gift guide” for women who recently had an abortion. In 2018, the magazine gave a glowing review of an “abortion comedy tour” that it claimed “fights anti-abortion stigma with humor.” In 2019, an op-ed celebrated abortion as “popular,” adding that “while abortion may become more divisive when you dive into party identification, many other societal markers show that the medical procedure and the freedom it allows remain popular issues.” In 2020, the teen style magazine ran an article called “39 Abortion Stories Show Just How Important Abortion Access Is,” in which the author framed abortion as “one of many reproductive outcomes that nearly one in four women will experience.” Just this past December, Teen Vogue advised minors how to access contraception against their parents’ wishes.

It’s clear that Elizabeth Warren’s interview is yet another attempt for Teen Vogue to champion the abortion cause while influencing young girls into believing that it is simply a part of everyday life.