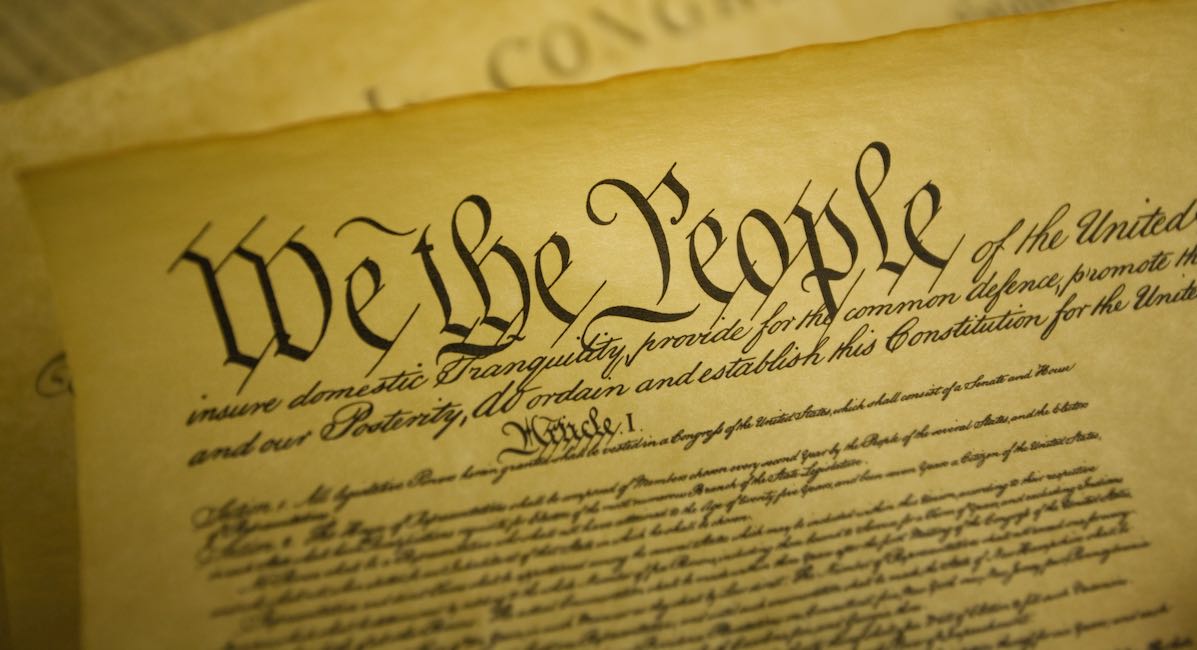 Today’s abortion advocates no longer consider abortion a “necessary evil” to save women from poverty or children from child abuse. Instead, they contend that access to abortion is vital to ensuring that women are equal to men. The abortion lobby itself (unlike many abortion advocates who haven’t yet gotten the memo) has also stopped claiming, “no one wants an abortion.” Instead, abortion is now celebrated as an act of equality and a step on the path to success. However, it’s none of these things — least of all, a “right.”

How we got here

In 1973, the Supreme Court erroneously ruled in Roe v. Wade that abortion is a constitutional right covered under the right to privacy in the Fourth Amendment. But, as Brian Clowes, Ph.D. pointed out in an article for Human Life International, it takes a loose reading of the Fourth Amendment to find a right to kill. The word “privacy” isn’t even present in the amendment. Clowes wrote, “the Supreme Court literally conjured [the right to abortion] out of thin air.”

The track to finding a right to abortion began in 1965 in Griswold v. Connecticut, which overturned a state law prohibiting the sale or distribution of birth control. The Supreme Court ruled in this case that the law violated the “right to marital privacy” though the justices disagreed on exactly which amendment this supposed right fell under. “The Constitution does not explicitly mention any right to privacy,” wrote Justice Harry Blackmun in Griswold. “In a line of decisions, however, the Court has recognized that a right of personal privacy… does exist under the Constitution.”

In 1972, in Eisenstadt v. Baird, the right to purchase birth control was expanded to include unmarried couples. The following year, that supposed right to privacy was used to justify legal abortion in both Roe v. Wade and its companion decision Doe v. Bolton, which legalized abortion until birth.

“When people claim a ‘right’ to privacy in order to cover illicit and sinful actions, as in a constitutional right to abortion, justice always suffers grave damage, because the rights of God and of other persons are simply disregarded,” he added.

Clowes noted that Americans “value the concepts of ‘privacy,’ ‘freedom’ and ‘choice'” but those who wish to do wrong use those otherwise good ideas to cover up their evil deeds. “Thus,” he explained, “[anti-lifers] label any opposition to abortion … ‘intrusive,’ ‘anti-freedom,’ and ‘anti-choice.'”

In the 1992 case of Planned Parenthood v. Casey, the Supreme Court upheld Roe v. Wade. The case centered around abortion regulations including information requirements, parental consent, spousal notification, and reporting requirements. The Court ruled that “Roe‘s essential holding be retained and reaffirmed.” In his dissent, however, Justice Antonin Scalia said that the Court didn’t “contend that Roe v. Wade was a correct application of ‘reasoned judgement’; merely that it must be followed, because of stare decisis [the legal principle of following precedent].” Essentially, abortion had been legal for 19 years, and there was no going back now.

“In Casey v. Planned Parenthood, the court claimed that women had by then been organizing their lives for nearly 20 years around the expectation of abortion’s legality,” wrote Family Institute of Connecticut president Peter Wolfgang in an article for The Stream. “This was one good reason for not overturning it. ‘An entire generation has come of age free to assume Roe’s concept of liberty in defining the capacity of women to act in society, and to make reproductive decisions,’ they wrote.”

Women now supposedly needed abortion not to escape a horrible or difficult situation, but to simply live life as they wanted to.

In 2020, Americans have witnessed at least two instances of female celebrities touting abortion as the key to their success. Actress Michelle Williams, visibly pregnant at the time, credited “a woman’s right to choose” in her Golden Globes acceptance speech. She thanked abortion for her success.

“There is a straight line,” said Wolfgang. “From the Court’s language to Michelle Williams’ speech. In order to make it in life, women need to have the right to kill their own children. That is their horrible assertion.”

In October, singer Stevie Nicks, moved by the death of Supreme Court Justice Ruth Bader Ginsburg, announced that there wouldn’t have been a Fleetwood Mac without her abortions. “There’s just no way that I could have had a child then, working as hard as we worked constantly. And there were a lot of drugs, I was doing a lot of drugs… I would have had to walk away.” For this, her child (and others following) were killed.

Forty-seven years after Roe v. Wade, ripping a child’s limbs from her body in the name of success is considered not only a “right” to abortion advocates, but a normal and necessary step in a woman’s career path.

“[Ginsburg] offered a simple argument: The Constitution demands women have complete equality with men; the inability to free themselves of a fetus keeps them from that equality; therefore, the Constitution demands that abortion be completely legal,” wrote David Mills, Senior Editor of The Stream. During Ginsburg’s 1993 confirmation hearing, she said that any law against abortion “controls women and denies them full autonomy and full equality with men.”

According to Mills, Ginsburg also implied another argument in favor of abortion and equality — that the government must fund abortion in order to make women equal to each other. Ginsburg’s argument, said Mills, was that “[t]he Constitution demands women have complete equality with each other; any inability — being poor, being too far from an abortionist, and so on — keeps them from that equality; therefore, the Constitution demands that the government ensure every women’s ability to procure an abortion, paying for the abortion if necessary.”

But the Constitution gives no such right, and legalizing abortion does not make women equal. From one perspective, abortion has granted women more power than men. Men do not have the power to decide whether their children will live or die so they can pursue their dreams. That power is reserved for women only. Yet, according to the Population Research Institute, 73% of women who have obtained abortions and sought post-abortion care, reported feeling pressured to do so. Women aren’t standing up proudly to choose abortion as the Hollywood elite and the abortion industry would have Americans believe. Many are walking brokenhearted into abortion businesses and walking out with trauma. Abortion is a tool used frequently by abusive men, and homicide is the second leading cause of death among pregnant women.

Women have always been and will always be equal to men regardless of the legality of abortion. Women have not yet felt that equality to its fullest extent, but it exists intrinsically. Pregnancy is not a disadvantage or a disease. Pregnancy is a gift. Instead of offering women real and life-affirming solutions to issues of equal treatment in society, women have been convinced they cannot succeed without abortion, and even coerced into destroying the lives of their own children. Assistance for women — who are strong and capable members of society — should never come in the form of abortion. This is not a solution. It is a recipe for  trauma and potential depression, alcohol and drug use, and suicide. Women do not need to kill their children.

There is no “right” to kill innocent human beings — and there is no need for it, either.