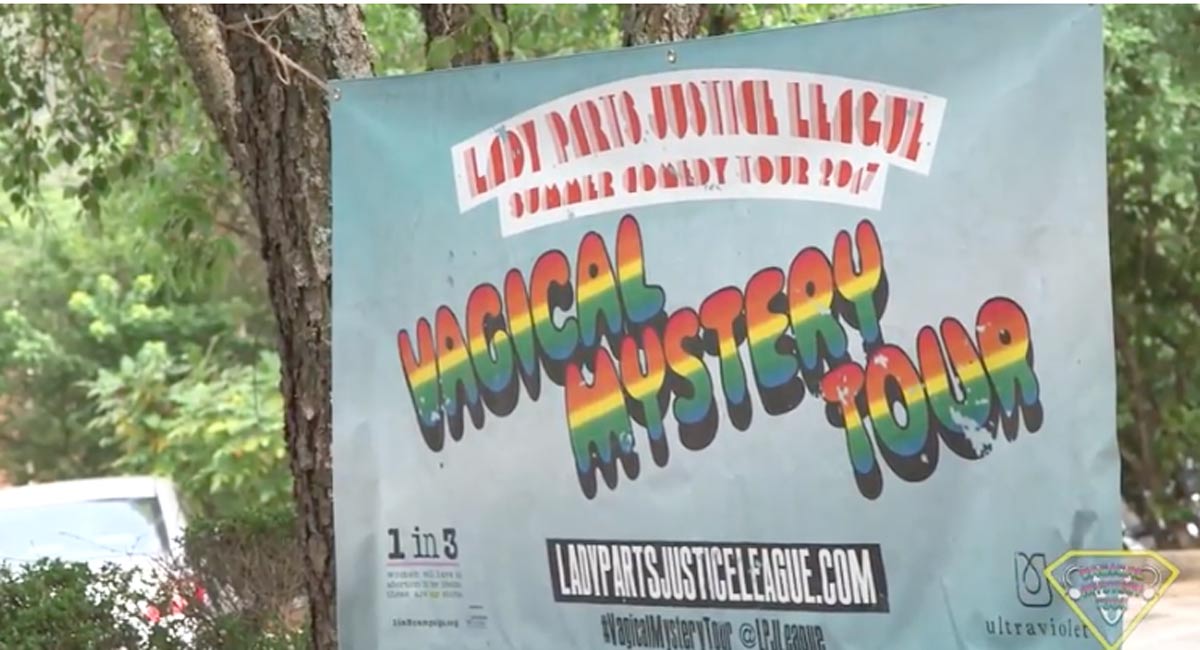 In 2003, iconic fashion magazine Vogue launched an offshoot aimed at covering fashion and celebrities for teenagers. That magazine, Teen Vogue, didn’t take long to find a new mission: to encourage young girls to engage in promiscuity and to portray abortion as something normal and insignificant, something equivalent to a quick weekend trip to the mall. Even as Teen Vogue’s sales declined, the hyper-focus on abortion, politics, and sexuality — in a “fashion” magazine — continued. In 2015, Teen Vogue was suffering from sales so low, it had to completely scrap its print magazine, and transitioned to an online-only publication. But the positive promotion of killing the most vulnerable humans among us continues.

This week, Teen Vogue praised an “abortion comedy tour,” boasting that it “fights anti-abortion stigma with humor.” The tour is spearheaded by pro-abortion comedienne Lizz Winstead, and in Teen Vogue’s write-up, readers are encouraged to stop viewing abortion as something negative or traumatic:

Those who are struggling with their abortion experience benefit from resources that can help them navigate those complicated emotions. However, the danger of only amplifying this specific narrative is that it becomes the dominant one, allowing for anti-choice ideologies to exploit that emotion and present abortion as predominantly emotionally disruptive for people.

Teen Vogue applauded the comedy tour for bringing “joy, pleasure, and relief” to discussions on the topic — even though there is nothing joyful about a woman in a situation so dire that she feels she has no choice but to take the life of her preborn child.

The Lady Parts Justice League uses the Vagical Mystery tour to encourage allies and activists around the country to be more intentional about abortion activism….

… [A]t counter protests, like the one we staged at the Northland Family Planning Clinic, LPJL shows just how brilliant of a pairing comedy and grassroots abortion activism can be. The Lady Parts Justice League escalates clinic escorting by further drawing attention to themselves with big posters that distract from protesters’ anti-abortion posters. They directly engage with the protesters: asking them questions to expose logical fallacies, gleefully shouting back at their violent language, invoking their improvisation skills and natural wit to make jokes out of the situation.

READ: Clinic escort: We present abortion in the ‘cheeriest’ way

Notorious abortionist Willie Parker — a man who has compared himself to Jesus Christ — was also recently given space at Teen Vogue to argue in favor of Roe v. Wade. Oddly, Parker argued that legalizing abortion through Roe was essential for “basic freedom,” and said senators need to consider “the future generations of this country.” It’s a strange argument to make, from a man who robs human beings of their most basic freedom — life itself — and is literally killing members of the future generations of this country.

Even more disturbing is that Teen Vogue thought this comedy tour was information teenagers needed to hear. But then, it’s hardly unusual. Teen Vogue has become fully invested in pushing abortion on its readers… and the publication is marketed towards minors. Towards children.

In recent years, Teen Vogue has compared the abortion pill to having a period, even though the two are nothing alike. Women who have actually had medication abortions refuted the idea of it being in any way similar to a period.

“The pill for me was the experience of having a baby. Contractions for 10 hours, sweating,
screaming, being by myself. It was emotionally scarring and physically horrible.”…

“[I] wouldn’t wish that my worst enemy should go through a medical abortion. The pain plus the
uncertainty as to whether the abortion had really taken place was awful.”

Nothing… had prepared me for the searing, gripping, squeezing pain that ripped through my belly
30 minutes later. I couldn’t even form words when Stewart [her boyfriend] called to check on me.
It was all I could do to gasp, “Come home! Now!” … I was disoriented, nauseated, and, between
crushing waves of contractions, that I imagine were close to what labor feels like, racing from
the bed to the bathroom with diarrhea.

Yet all Teen Vogue told young girls is that it was just like a period. The publication has likewise published a “gift guide” for post-abortive teenagers, called former Planned Parenthood president and CEO Cecile Richards a “feminist role model,” portrayed abortion clinic escorts as heroes, and lied about and demonized pro-lifers while refusing to tell the truth about Planned Parenthood.

Are these the messages that young girls need to be hearing? This kind of extremism has no place in a publication marketed towards children, and yet, that’s exactly what Teen Vogue continues to do. And the problem is that this has continued, even as Teen Vogue’s sales fell so low that it had to completely halt print production.

Unfortunately, it’s very easy for teens to access this pro-abortion propaganda, and harder for parents to find unless they’re diligently monitoring all internet access — which they can only do at home, anyway. And this just makes Teen Vogue’s pro-abortion extremism, aimed at teenagers, all the more nefarious.