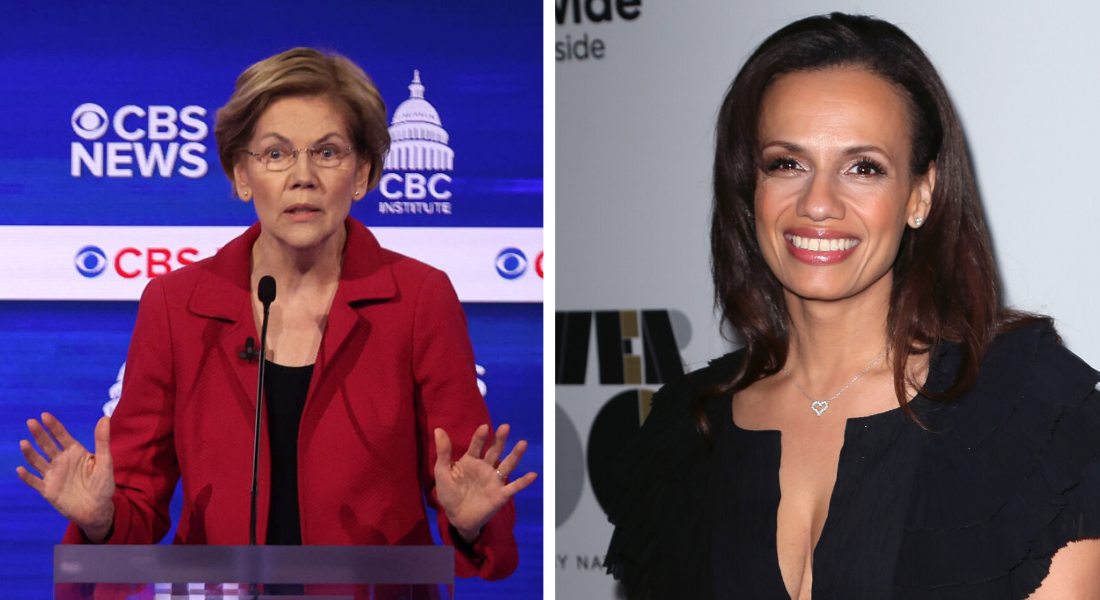 Well-known white celebrities, politicians, and influencers joined together to hand over their social media accounts to Black women in an effort to bring their message of inclusion and justice to a wider audience. Some of the people who participated in the #ShareTheMic project were Black Lives Matter co-founder Opal Tometi and InStyle editor-at-large Kahlana Barfield Brown, who took over accounts from model Ashley Graham and actress Julia Roberts, respectively.

Former presidential candidate, Senator Elizabeth Warren, also participated, but her choice was more controversial: Planned Parenthood’s acting president, Alexis McGill Johnson. Considering the extensive eugenicist and racist history of Planned Parenthood and its continued contribution to the decimation of Black children in the womb, it’s an odd choice, even if the current acting president is a Black woman.

Hi! 👋🏽 I’m Alexis McGill Johnson (@alexismjpp) acting president of Planned Parenthood Action Fund (@ppact). Senator Warren has graciously handed over her Instagram page to me today as part of the #ShareTheMicNow initiative to celebrate Black brilliance and discuss the work we’re doing at Planned Parenthood Action Fund to ensure every person — regardless of their race, income, insurance, gender identity, sexual orientation, abilities, or immigration status — can access expert, compassionate sexual and reproductive health care, information, and education without shame or judgment. Follow along!!

Margaret Sanger, the founder of Planned Parenthood, was an open eugenicist who argued that certain people — whom she dubbed “undesirables” — should not be allowed to breed. These people were largely disabled, poor, or minorities. The documentary Maafa 21 showed how Sanger and others in the eugenics movement even encouraged the dispersal of birth control agents in the drinking water of minority neighborhoods so women could not get pregnant. Sanger also accepted an invitation to speak to the the Ku Klux Klan, and launched what she called the “Negro Project,” a plan to push the idea of birth control in the Black community. She said:

Over the years, Planned Parenthood has frequently placed Black men and women into its positions of leadership in an effort to ease the Black community’s widespread suspicion of abortion as a means of “Black genocide.” Former board member LaVerne Tolbert realized that she had been recruited by Planned Parenthood because she was Black and a pastor’s daughter — the ideal type of candidate to help fulfill the vision of the Negro Project.

Margaret Sanger’s disturbing legacy continues today, as Planned Parenthood continues to target and mistreat Black women. The abortion profiteer has pressured Black women into sterilization and has placed a disproportionate number of its facilities in minority neighborhoods.

DONOR: You know, we just think, you know, the — the — the less, the less Black kids out there, the better.

Planned Parenthood has since tried to erase its racist and eugenicist history, but the truth remains. (How can an organization founded by eugenics proponents for the purpose of curbing the minority population through birth control “correct implicit bias” within its ranks when its founding mission continues to this day?)

It’s ironic, to say the least, that anyone would choose to highlight an organization that is inherently racist for a movement meant to fight racism.