As a pro-life writer, I’m often confronted by articulate, well informed opponents who are ready to engage in thoughtful debate. I also meet people  like this: And good day to you too…

It’s not surprising that some abortion supporters want to silence pro-life arguments online; they try to do it everywhere else. Pro-life organizations have been the victims of theft and vandalism on college campuses, while some institutions have attempted to shut them down with “hate speech” bans.

Pro-life activists have also been targeted for armed violence. In 2012, Faye Arellano was attacked by a knife-wielding man during a pro-life demonstration. Others have suffered beatings and arson, all in an effort to silence their message.

Recently, however, I came across an abortion proponent who complained that pro-lifers aren’t saying enough. Specifically, she criticized Live Action for not publicizing alternatives to abortion, claiming she hadn’t seen “a single article” on the subject.

It’s true, Live Action writers haven’t written a single article on alternatives to abortion: we’ve written a bunch, and we try to crank them out on a pretty regular basis. Here are some of the highlights.

Women who visit StandUpGirl.com are often referred to OptionLine.org or told to text the word PREGNANT to 313131. Also staffed by volunteers, OptionLine puts expectant mothers in touch with practical services, including those offered by pregnancy care centers–places where women who are being pressured to abort can find useful resources.

Christina Martin wrote about some of those resources in an article called “10 helpful ways to support a Pregnancy Resource Center.” Using her experience as a pregnancy center volunteer, Christina created a list of things that pro-lifers can do to help centers reach women in need. These include holding formula and diaper drives, donating maternity, and organizing baby showers for center clients.

Of course, choosing life for your baby doesn’t necessarily mean  choosing to be a parent. There is currently a shortage of adoptable infants in America, with long lines of hopeful couples. Last spring, Live Action published an interview in which Josh Brahm spoke to Stephanie Grant, Executive Director of Infant of Prague Adoption Services. Stephanie helped to explain the terms “open” and “closed” adoption, illustrating some of the choices that birth moms have.

Earlier in the year, Nancy Flanders gave us a portrait of what those choices can look like. Nancy told the story of Matt and Angela Bernier, a couple who struggled with infertility but desperately wanted a baby. That need was eventually filled by a woman named Kylie, whose son the Berniers adopted. 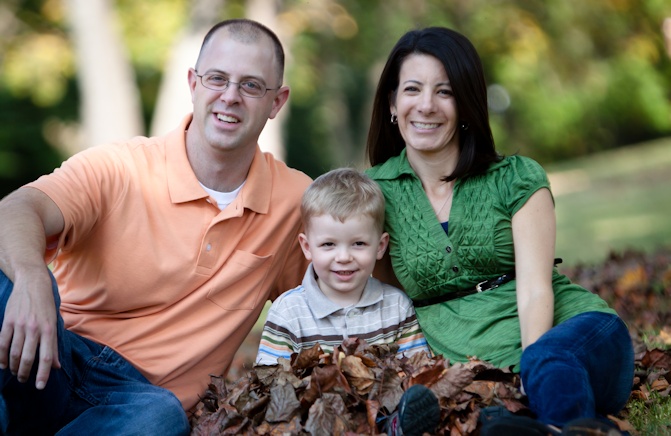 Angela and Matt speak of the love and gratitude they feel towards Kylie as well as their desire to raise another another child. They have profiles on Adoptimist.com and ParentProfiles.com–sites where they and other aspiring parents can meet pregnant women who are interested in adoption.

Whether they’re in need of practical help or emotional support, Live Action wants to ensure that women are aware of their options. There’s only one choice that writers here won’t make, and that’s to remain silent.