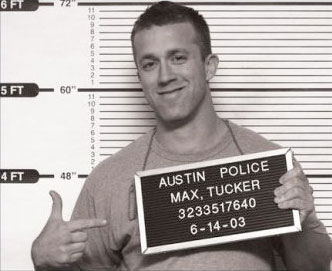 I like to think that I have a fairly diverse circle of friends. After all, my social scene cuts widely across racial, religious, gender, and sexual lines. But while my associates may vary by color and creed, they tend to be pretty similar in their political and social outlook. So, in the interests of broadening my horizons, I recently visited some left-wing feminist websites and asked their members why they felt that their views were justified. Their answers usually looked like this:

From the people who brought us “sensitivity training.”

Occasionally, though, I would get a more thoughtful reply, with the respondent talking about the problems of misogyny, sex-trafficking, and general threats of violence that women face.

Feminist writer Meghan Murphy appears to spend a lot of time on these issues. As the founder of Feminist Current, she has written about them extensively. Meghan also favors free access to publicly funded abortions. What she doesn’t seem to realize is that for those who practice misogyny and violence, abortion is just another tool of the trade. 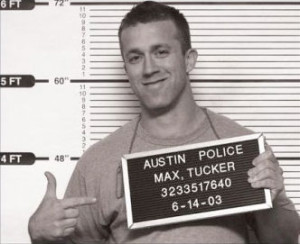 As he freely admits, having drunken, unprotected sex with random women often results in new lives being created. Thankfully, Tucker has a convenient way to avoid supporting his children: he kills them. In fact, one of the chapters of his second book is actually called “Tucker Max: Baby Killer,” and it recounts the many occasions on which he has paid to have his kids sliced up and sucked out.

So, being the forthright character that he is, Tucker makes no secret of how Planned Parenthood and the U.S. taxpayer are essential enablers of his lifestyle. He tried to show his gratitude to the group in 2012 through a half-million-dollar donation, but for some reason Planned Parenthood didn’t want to be associated with this particular frequent customer.

Now, you might imagine that these self-described feminists would have second thoughts about a policy that helps Tucker and his friends use women like disposable commodities. If you imagined this, you were wrong. Further, the fact that legal, subsidized abortion is also an aid to pimps and predators doesn’t seem to change their minds, either.

In a series of undercover sessions, Live Action personnel recorded staff at various Planned Parenthood facilities whose staffers offered to help abuse underage prostitutes. This included volunteering to set up involuntary abortions on teenage girls who couldn’t speak English. In each encounter, Planned Parenthood’s staff seemed completely unconcerned that sex-traffickers were approaching them for assistance. Perhaps this isn’t surprising, since the abortion industry has a history of helping predatory men.

There are multiple cases in which Planned Parenthood has helped abusers to cover up their crimes. Ohioan John Blanks turned to them after getting his daughter pregnant, and he found that the abortion provider was able to lend a hand. A Connecticut man had a similar experience: in 2006, a Planned Parenthood facility performed a no-questions-asked abortion on the girl he had been abusing before turning her back over to him. In fact, Live Action has documented that the staff at a number of abortion centers seem to treat visits from statutory rape victims as nothing to get excited over.

And now for the violence. Part of the reason why I object to the term “pro-choice” is because in a lot of abortions, the woman’s choice wasn’t much of a factor. Women often report being pressured into having them, facing violence when they refuse.

This happened to a 24-year-old Canadian woman named Roxanne Fernando, who was murdered by her boyfriend in 2007 after she refused to abort his child. Her death lead to a piece of legislation being tabled in Canada’s parliament. Known as “Roxanne’s Law,” it would have allowed a woman to pursue criminal charges against anyone who tries to coerce her into having an abortion. The bill failed to pass, however, after abortion-supporters claimed that it would promote “this idea of fetal rights.”

It’s not exactly counter-intuitive that abortion would be associated with homicidal violence. After all, that’s basically what it amounts to anyway.

Surgical abortions in the early first trimester typically employ a technique known as “vacuum aspiration,” in which the fetus is sucked out through a tube. However, as the child continues to grow, more aggressive measures are needed, such as a “dilation & evacuation,” which involves pulling the baby apart one piece at a time. What adds to the gruesomeness is the evidence that a fetus can feel pain 20 weeks after conception, making this form of “health care” seem like something out of an Eli Roth movie.

Although many so-called feminists refuse to admit that abortion is a tool used to harm women, we can continue to expose this violence for what it is. We can also keep supporting women in need through pregnancy care centers and offering encouragement to those who wish to adopt. Finally, we should stand with those organizations who recognize that empowering females has nothing to do with killing children. Feminist leaders like Meghan Murphy may wish to uplift women, but the agenda that they push is more of an aid to guys like Tucker Max, and they appreciate the help.