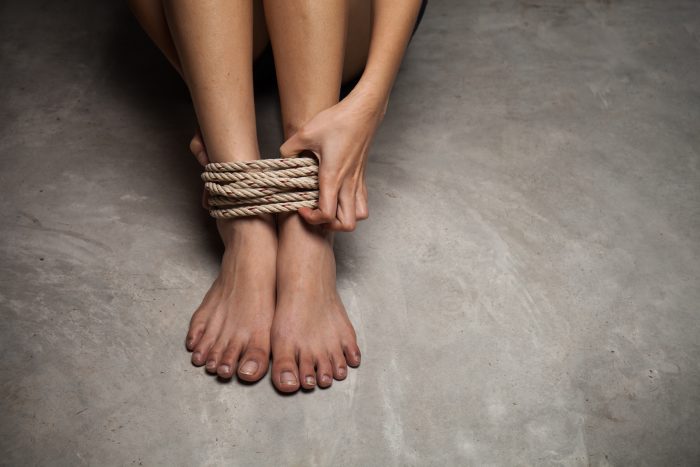 Are crimes against young victims of sex trafficking covered up when they are taken to a Planned Parenthood facility? Live Action’s latest release in the seven-part docuseries “Aiding Abusers: Planned Parenthood’s cover-up of child sexual abuse,” implies that they are.  In light of the MeToo and TimesUp movement’s spotlight on enablers of sexual abuse, Live Action has republished excerpts of a 2011 undercover investigation in which investigators posed as a pimp and a prostitute looking for abortions and STI treatments to keep their sex trafficked victims, as young as 14, on the streets.

The Sex Trafficking Investigation video in the Aiding Abusers docuseries contains highlights from that 2011 investigation, featuring Planned Parenthood employees at seven facilities in several states aiding the “sex traffickers” by counseling them on how to get their victims tested for STIs, the best way for them to get abortions, and how to lie on forms about their victims’ ages.

A Planned Parenthood employee in Richmond, Virginia told Live Action’s undercover investigators they could help young “sex workers” at the age of 14 and 15 obtain abortions: “We help you kinda set it up and then you – we have a specific confidential hotline that will call you at whatever number you give us and handle the whole thing. So, for someone who’s a minor, that’s a really good option. We do them probably once or twice a month here…. So we’re – we’re pretty good at handling if someone, you know, doesn’t want someone else to know, or doesn’t want parents—”

She then offered the undercover investigators her card.

When the investigators were told that they could apply for Planned Parenthood’s “family planning benefit program,” the “pimp” asks the staffer, “Could we even sign off as a guardian? Is that possible?”

Planned Parenthood’s response wasn’t to tell the “pimp” the paperwork must be truthful and that only actual guardians of these minor children can sign for them. Instead the staffer replies, “If you were writing their support letter, yeah, you could say that you just take care of them, you support them.”

In Perth Amboy, New Jersey, Planned Parenthood manager Amy Woodruff coached Live Action’s undercover “sex traffickers” how to secure secret abortions for the young teens. Woodruff hinted to the “pimp” that Planned Parenthood is “obligated, if we hear any certain information, to kind of report… 14 and under we have to report.”

She then warns the “sex traffickers” to have their victims lie about their ages to avoid mandatory reporting laws:

WOODRUFF: You never got this from me, just to make all of our lives easier.

WOODRUFF: If they’re 14 and under…

WOODRUFF: … Here’s the thing too. If they’re minors, just tell them to put down that they’re students.

WOODRUFF: Yeah, just kind of play along that they’re students. We want to make it look as legit as possible…

The Roanoke, Virginia, Planned Parenthood told Live Action’s “pimp” and “prostitute” investigators they could pick up emergency contraception pills for their underage girls — another indication that Planned Parenthood has little concern about minors potentially being sexually abused and trafficked.

In addition to the Sex Trafficking Investigation video, Live Action released its Statutory Rape Investigation video, which establishes how the taxpayer-funded abortion corporation, was, even a decade ago, covering for child sexual predators, and provides more evidence that Planned Parenthood’s culture of covering up abuse is widespread across the country. Footage from that former undercover investigation revealed eight Planned Parenthood facilities in Indiana, Arizona, Tennessee, Alabama, Wisconsin, and Kentucky, were willing to disregard mandatory reporting laws and cover up suspected statutory rape. Read more on that here.

Live Action President and Founder Lila Rose commented, “Rather than reporting suspected abuse to authorities, Planned Parenthood has repeatedly looked the other way. Because of Planned Parenthood’s atrocious record of returning victims to their abusers to suffer yet more abuse, Live Action has worked for a decade to expose the systemic abuse cover-up.”

She continued, “Planned Parenthood’s reputation for covering up abuse has led to it becoming a haven for sexual abusers and sex traffickers to take their victims to cover up their crimes. While Planned Parenthood frequently attempts to establish itself as a leading advocate on sexual abuse, it is actually one of the biggest accomplices to sexual abuse in the nation.”

A 2014 study on the sex trafficking trade published by the Loyola University Chicago’s Beazley Institute documented how traffickers often force their victims to get abortions so they can quickly get them back on the streets. As Live Action News previously noted, the report found that victims had “significant contact with clinical treatment facilities, most commonly Planned Parenthood.” In fact, Planned Parenthood was the top most-visited facility for trafficking victims, second only to hospital emergency rooms.

When asked why they went to Planned Parenthood, one survivor said “because they didn’t ask any questions.”