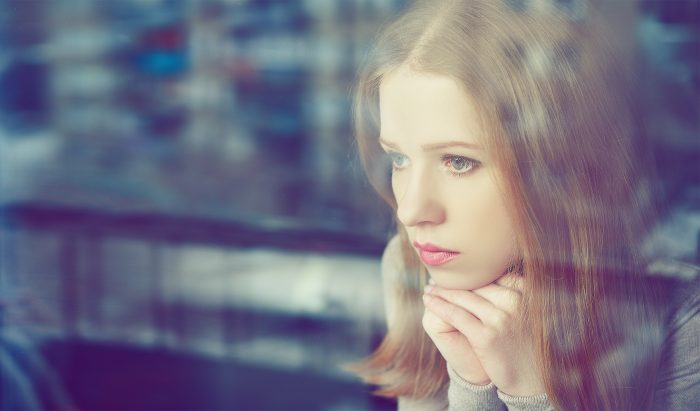 The pro-abortion lobby claims to be “pro-choice” — but a big part of choice (especially when experiencing an unplanned pregnancy) is having all the information to make an informed decision, especially when you are considering having an abortion. The choice to have an abortion is a monumental one, something life-changing for the mother, and life-ending for the baby. Once it’s over, it can’t be undone. A woman considering abortion deserves to have all the information the abortion industry won’t tell her.

This is our guide to real choice before you consider an abortion:

One of the most frequent tactics used by the abortion industry is to deny the humanity of preborn children. Abortionists say the baby is just a clump of tissue or a blob of cells. They lie about fetal development, with some claiming the baby isn’t actually alive yet. Live Action’s medical misinformation investigation exposed this unethical behavior at Planned Parenthood facilities around the country.

Here’s the truth: your baby is alive, and is not just part of your body, but a separate, living human being from the moment of conception, a fact backed up by science.

At conception (fertilization), the baby already has his/her own separate, individual, unique DNA. Within three weeks, often before women even know they’re pregnant, the baby’s organs have already begun to develop and the heart has begun beating, at just 18 days gestation. By 22 days, the heart is pumping blood. By six weeks, the baby has measurable brain waves and responds to touch.

The science of embryology and fetal development makes it clear: these are not just blobs of tissue to be carelessly discarded, but living human beings.

The abortion industry promises women that having an abortion is perfectly safe, that the risks to your life and health are so minimal as to be practically nonexistent. But is that true?

Abortion comes with enormous risks to women that they’re often not told about before undergoing the procedure. The most well-known — and controversial — of these risks is that of breast cancer, heavily disputed by pro-abortion advocates. Multiple studies have found that abortion does, in fact, increase the risk of breast cancer, up to a 20.62% increased risk. There are also increased risks for cervical, liver, and ovarian cancers.

In addition to cancer, abortion also carries other risks to women’s physical health. If you’re considering having children in the future, it would be wise to consider that abortion is known to increase the chances of premature birth in future pregnancies. Women who have had abortions are also more likely to get endometriosis or Pelvic Inflammatory Disease.

On top of all of this, there are the risks from the procedure itself. Abortion can come with numerous physical complications, including uterine perforation, cervical laceration, hemorrhage, and death.

A study published in the July 2013 edition of “Psychiatry and Clinical Neurosciences” analyzed all the scientific literature published since 1995 on the psychological and psychiatric health of women who had undergone abortions, versus those who had given birth or had a miscarriage. Thirty studies were found and analyzed, and 29 of those found negative psychological consequences after abortion.

Women who have abortions are at a higher risk for numerous mental health disorders, including anxiety, depression, and suicidal behavior. They are also at higher risk for drug and alcohol abuse.

4. There are organizations that can help you.

When facing an unplanned pregnancy, you might feel scared, or like you’re backed into a corner with no choice besides abortion. But you have real choices. And there are resources available so you don’t have to go through it alone. If you are feeling pressured or being forced into an abortion, see these resources. For men who need help in an abortion situation, check out this article.

Organizations like Save the Storks, Stand Up Girl, Option Line, and Pregnancy Line can put you in touch with trained counselors who can connect you with local resources, including medical care from doctors who will help take care of you and your baby.

There are also legal groups that can help you, often at no cost, if you are being pressured or coerced into having an abortion — groups like Alliance Defending Freedom, The Thomas More Law Center, and Life Legal Defense Foundation.

Pregnancy resource centers can also help with ultrasounds, baby supplies and prenatal vitamins, and with emotional support as you navigate the pregnancy. You also may be able to hear from other moms who have seen their baby’s heartbeat on an ultrasound and let that truth change their minds. (One mom tells her story at the end of this article.)

You are not alone. And abortion isn’t your only choice.

5. Each abortion is violent.

The abortion industry is vague about what happens during an abortion. And it’s for good reason: abortion is often violent, and when people find out what truly happens during one, they’re horrified.

Dr. Anthony Levatino is a board-certified obstetrician-gynecologist with over 40 years of medical experience. He’s also a former abortionist who committed more than 1,200 abortions. In a video series, Dr. Levatino explained what happens during different methods of abortion. During a medical abortion, a woman takes mifepristone, which blocks progesterone from reaching the baby, cutting off blood and nourishment to the baby, essentially starving him/her. The woman then takes misoprostol, which causes contractions and bleeding to expel the baby from the womb.

In the second trimester, the most common abortion procedure is dilation and evacuation, or D&E. This is a multi-day procedure. To start, the abortionist inserts laminaria into the woman’s cervix, which absorbs fluid and begins the process of dilation, and 24 to 48 hours later, she returns to the abortionist, who inserts a suction catheter and suctions out the amniotic fluid. After that, he uses a sopher clamp to literally rip the baby apart limb by limb.

Other abortion procedures include aspiration abortions, induction abortions, and saline abortions. Each procedure is violent and most of are invasive, meaning it’s not pleasant or easy for the mother, either. (You can find more factual videos from an OBGYN here.)

After committing thousands of abortions, another former abortionist, Dr. Joseph Randall, said: “Physically dismembering a baby, who you have just watched moving around on ultrasound, must be fuel for nightmares.”

6. Some abortions can be reversed.

In the first trimester, many women will choose medication abortions. It’s a two-step process; the woman takes mifepristone, following it up several days later with misoprostol. But what happens if the woman changes her mind? Thanks to Dr. George Delgado — and a network of hundreds of doctors and nurses — there may still be hope through abortion reversal.

Currently, the abortion reversal regimen has a 60% success rate, with hundreds of babies already saved. The abortion reversal works by giving the woman clinically safe progesterone to offset the mifepristone. Women who regret their abortions during a medical abortion may be able to save their babies by going to AbortionPillReversal.com or by calling 1-877-558-0333, a 24/7 nurse-staffed hotline that can connect a woman with one of the participating doctors around the nation.

7. Abortion is not safer than childbirth.

A study found that, despite this frequent argument, there is nothing in the scientific literature to back it up. It also found a number of problems with the claim: abortion complications are underreported, for example, and those complications usually are handled by emergency room physicians, meaning deaths are reported as maternal deaths, not abortion-related deaths. Indirect abortion-related deaths, such as from suicide, drug or alcohol abuse, depression, and anxiety, are also not counted at all. The risk of suicide in particular is extremely high; up to 60% of women who have abortions have suicidal thoughts, with 28% actually attempting suicide.

Safer than childbirth? Not necessarily.

8. Women DO regret their abortions.

A little over two years ago, abortion advocates trumpeted a study claiming to show that 95% of women don’t regret their abortions. But this was a spurious claim; the study was rife with problems. For starters, it only followed the women in it for three years. It was not a long-term study, and doesn’t show that women never feel regret. It only showed that within those three short years, they didn’t feel any regret. But about those women: almost half of had prior abortions, and almost half also said they had no stigma towards abortion. Many also said they had high social support for their abortion decisions. A large number also were having financial difficulties. So altogether, the study looked at women who were pro-abortion, were surrounded by people who were also pro-abortion, who had undergone previous abortions, and were struggling with money – hardly an accurate representation of the average American woman. Is there any question that the study’s authors got the results that they did?

READ: Women on their abortions: ‘Nothing has ever hurt me this bad’

As noted above, every other study yielded opposite results. The reality is that women do regret their abortions (read their stories here), despite what the abortion industry wants women to believe.

9. Your baby can feel pain.

Medical advancements have made the humanity of the preborn more undeniable than ever before, even as the abortion industry desperately tries to keep it hidden from the women they prey on. But perhaps one detail is more shocking and horrifying than any other: preborn babies are capable of feeling pain.

READ: 12 amazing facts that prove the baby’s humanity in the first trimester

It’s conclusively and scientifically provable that babies feel pain by 20 weeks gestation. But babies also respond to touch much earlier — in the first trimester — and increasing evidence shows that babies might also be capable of feeling pain in the first trimester, even as early as 5.5 weeks. Backing this up is a new study from earlier in 2017, which found that babies have “adult-like” patterns of nerves in the first trimester. So when babies are aborted, in the extremely violent procedures outlined by Dr. Levatino, they very likely feel what is happening to them.

Abortion staffers have detailed witnessing babies in the first trimester shrink away from the abortion tools; they’ve recounted how the baby’s heartbeat races on screen after the procedure begins; they’ve described seeing the same heart still beating after part of the baby’s body has been torn apart. It’s a fact that many babies in abortion die by bleeding to death.

These are the facts surrounding abortion that women need to know. There’s no such thing as making a true choice without giving women all the information.