Because abortion affects everything.

To coincide with the 40th anniversary of Roe v. Wade earlier this year, CNN asked its readers two questions: Have you had an abortion? How do you feel about it now?

CNN had a whopping 539 iReports filed in response. Hundreds of stories poured in, as women shared their choices, their reasons, their grief, and rarely, their satisfaction. One thing was made abundantly clear by CNN’s efforts: women regret their abortions. And they need to talk about them.

Women named their stories out of a deep sense of heartache:

Until we meet again

Self-medicating did not heal my pain

What I had destroyed was not just tissue

Abortion is a forever punishment for women

I never got over it

The pain of abortion stays with women for a lifetime. (Photo credit: craigCloutier on Flickr)

If only women would read such stories – hundreds of them – before making a choice for abortion. If only women did not have to look back in pain, regretting an unchangeable choice.

If only, instead, they could look ahead to a bright future without death because they know the facts, know the heartache, and know the grief without having to experience them firsthand.

Friends drive each other to the clinic and then never speak about it again. This ‘surgery’ literally changes a person’s life forever… and we are suddenly mute! …

My name is Stacy Massey and I am the President and Founding Partner of Abortion Recovery InterNational (ARIN), an international association of peer, professional and pastoral counselors helping families work through the emotional, psychological and spiritual pain of abortion.

We receive over 100 requests PER DAY from individuals and families looking for after abortion help. Over 250,000 hurting people have contacted us just in the last 5 years.

One simple, quick and legal abortion can impact 40-50 people in a lifetime.  Abortion effects everyone! …

[T]he death of my own two children to abortion prompted me to “do something” to help others.  Abortion trauma does not discriminate. It doesn’t matter how much money you make, where you live, the color of your skin or which gender you claim. The pain of abortion is everywhere.

A mother’s child – dead or alive – is never far from her thoughts. (Photo credit: Nathan Csonka Photography on Flickr)

Over and over, in CNN’s iReports, women expressed pain that only a mother could understand. Some shared horrific stories of forced abortions; others shared their long journeys to forgiveness; many told of grief that has never left them. Tricia wrote (PDF here):

Abortion is sold as a woman’s right. A solution to unwanted pregnancy. A quick procedure that once over, never has to be thought about again. I chose abortion at 18 years old. Now, 37 years later, I certainly have not forgotten. We are told that a woman has the right to control her own body as if abortion is a means of control. Once chosen, abortion creates its own affects. The physical, emotional, and psychological effects are beyond our control. Abortion does what it is designed to do….Kill and destroy; abrubtly halt an ongoing process… the process of LIFE. No woman is ever freed by abortion. …

Abortion is NOT for women it is AGAINST us.

No statement could be more true.

Editor’s Note, 3/18/19: The original links for this article appear to have been removed entirely from CNN’s database (2/15/13 or 2/16/13) as well as from its article index. The links in the article above have since been replaced with web archived links and downloaded PDFs. 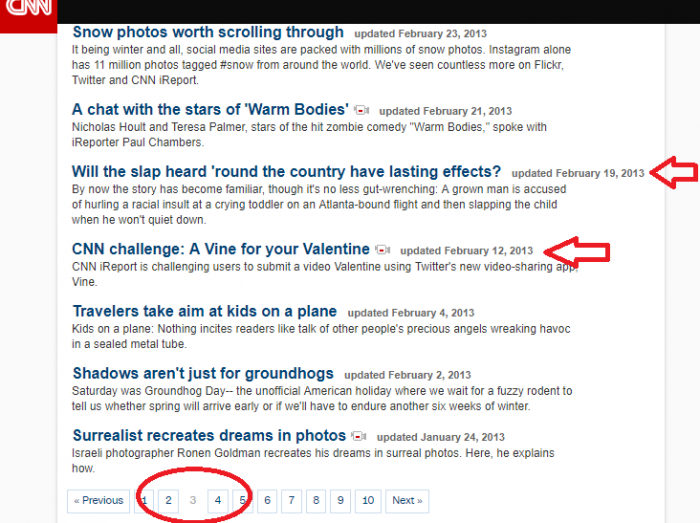 CNN removed links to this article from its article index