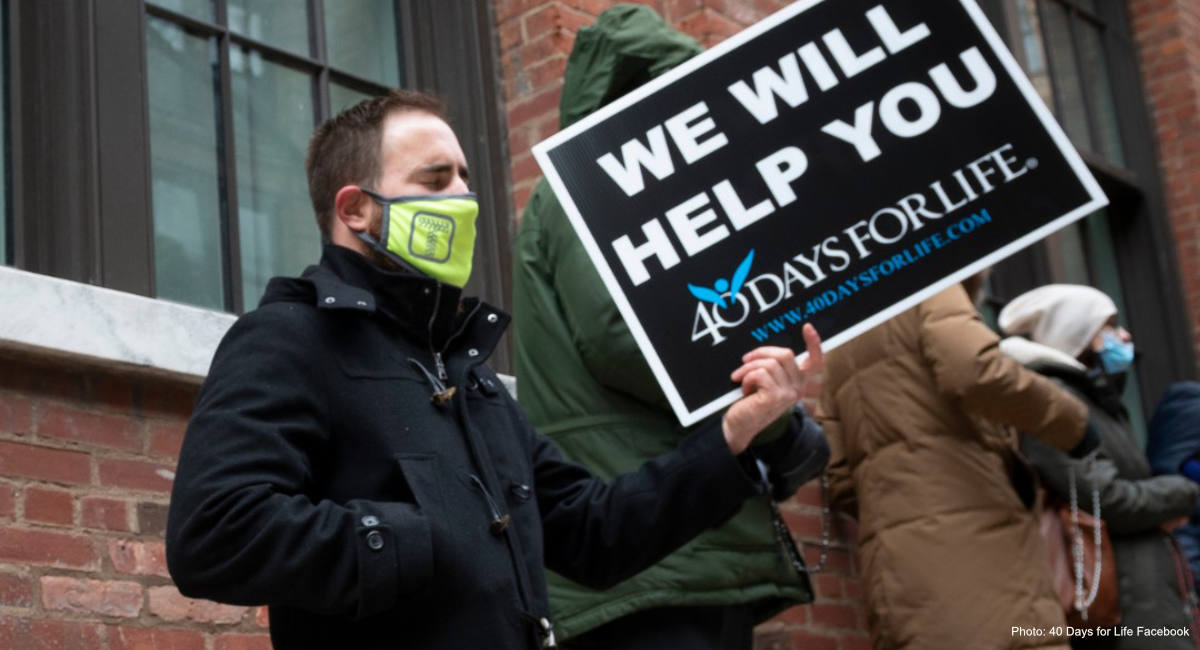 The year 2021 has been dubbed the “Worst Year for Abortion Rights in Almost Half a Century” by the pro-abortion Guttmacher Institute. The former research arm of Planned Parenthood wrote, “As of December 1, 106 abortion restrictions had been enacted in 19 states. This is the highest total in any year since abortion rights were affirmed by the US Supreme Court in 1973,” stating that this year brought “profound” damage to “abortion rights.”

“The 106 abortion restrictions enacted in 2021 far surpasses the previous post-Roe record of 89, set in 2011,” Guttmacher added. “A total of 1,336 abortion restrictions have been enacted since Roe v. Wade was handed down in 1973—44% of these in the past decade alone. In addition to abortion bans of all types, restrictions on medication abortion were passed by many state legislatures. If the Court overturns that landmark 1973 decision guaranteeing a constitutional right to abortion, our recent analysis shows that 26 states are certain or likely to ban abortion.” 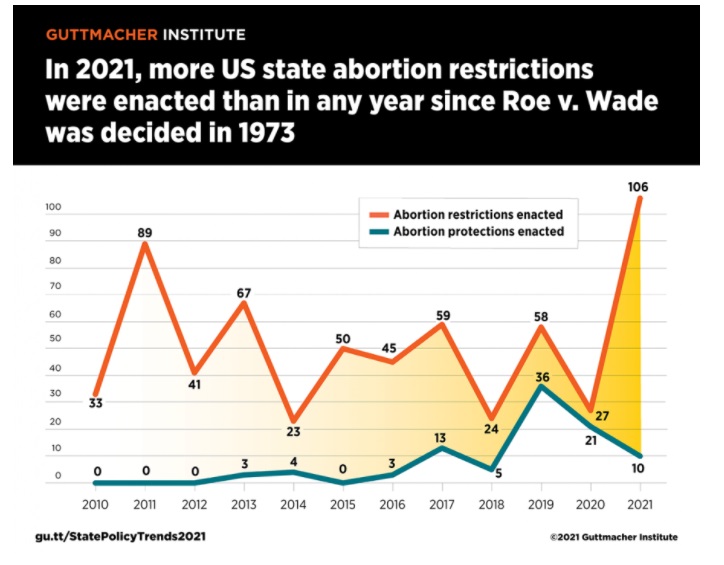 Despite record pro-life legislation, censorship of the pro-life message continued in 2021 as Google suppressed life-saving advertisements promoting the abortion Pill reversal hotline on its platform. Letters from Senators as well as members of Congress were subsequently sent to Google in defense of free speech. Live Action News continues to expose those behind some of these efforts.

Dobbs v. Jackson Women’s Health Organization: Weeks ago, the Supreme Court heard arguments in Dobbs, which challenged a ban on abortions after the 15th week of pregnancy in the state of Mississippi. Noah Brandt, Live Action’s Director of Government Affairs, analyzed the arguments and concluded, “The oral arguments went extremely well for the pro-life side. The Justices’s questions made clear that six lean strongly toward upholding the constitutionality of Mississippi’s law.”

The Court’s decision is expected to be published in the summer of 2022.

Whole Woman’s Health v. Jackson: The Supreme Court recently allowed a Texas heartbeat ban to remain in effect while abortionists continue to challenge the law at the lower court level. The decision could mean that at any moment, the law could be blocked by a lower court. The Texas Heartbeat Act took effect on September 1, 2021. It restricts abortion once a preborn child’s heartbeat can be detected.

Abortion clinics are closing at an “alarming rate,” according to a report published by the Abortion Care Network (ACN), a membership organization of independent abortion providers. ACN claims 20 independent abortion clinics (IACs) have been shuttered since November of 2021 and 113 since 2016. Since 2012, independent clinics in the U.S. (excluding Planned Parenthood facilities, hospitals, and physician offices) have decreased by 30 percent, ACN claimed.

As brick and mortar abortion facilities shutter, the industry has moved to unregulated virtual websites to sell abortions. ACN reports, “Of the over 300 independent clinics operating in states where it is legal to deliver abortion care via telemedicine, at least 34 percent provide telemedicine abortion services: 23 percent are brick-and-mortar clinics and 11 percent are virtual clinics.”

In 2020, many abortion industry employees accused abortion organizations of racism. In 2021, the Guttmacher Institute came under fire from staffers, who accused the organization of ‘racism’ and a ‘toxic workplace.’

Guttmacher staffers claimed that there exists “a pattern of tokenizing or pushing out staff of color (if they’re hired at all), retaliating against employees who raise equity and justice issues, verbally abusing staff, and systematically failing to meaningfully engage with reproductive justice organizations whose work centers Black women.”

A press release published by Planned Parenthood of Greater New York (PPGNY) stated, “The un-naming of Margaret Sanger Square demonstrates PPGNY’s commitment to reckon with the totality of its founder’s legacy and systemic racism and ableism, which negatively impacts the well-being of Planned Parenthood patients and staff.” PPGNY then praised Sanger calling her “a champion of birth control” who “embraced eugenics — a racist and ableist ideology that deemed certain people unfit to parent.”

In December, the Seattle Times reported that the CEO of a Seattle-based Planned Parenthood affiliate has been removed from her position based on accounts of “how she reacted” to a “donor’s use” of a “racist term… referring to Black people,” which she purportedly denied.

“Turmoil in the six-state, 700-employee affiliate has followed, tapping into tensions over a lack of people of color at the top level of leadership, perceived microaggressions throughout the organization, and a feeling among some that not enough has been done around racial equity,” the media report also claimed.

American Life League (ALL) has conducted a review of the race of each of Planned Parenthood’s 53 affiliate CEOs and found that just three affiliates (PP of Greater Ohio, PP of Southwest Ohio Region, and PP of Metropolitan New Jersey) had Black CEOs and two affiliates (PP of the St. Louis Region & Southwest Missouri and PP Northern California) had Latino CEOs.

All the remaining 48 affiliates had white CEOs, ALL’s report claimed. ALL’s conclusions were based on information found in PP’s 2019 or 2020 Federal Forms 990.

“The Black CEO of PP of Southwest Ohio Region had the lowest compensation of any PP CEO in the nation—despite her affiliate having an annual income higher than 16 other PP affiliates,” ALL also reported.

40 Days for Life’s Spring 2021 campaign saved more than 500 preborn babies and took place in 567 cities worldwide. By fall, 850 babies were reportedly saved across 612 vigil sites globally. In addition, three abortion workers quit, and multiple abortion facilities closed. The 40 Days for Life website shows that since the first campaign in 2007, over 20,000 babies have been saved, 229 abortion workers have left the industry, and 114 abortion facilities have been shut down.

While there have been wins for the pro-abortion movement in 2021, such as the most recent decision of the Biden-Harris FDA to lift the FDA’s REMS safety protocols and allow permanent mail-order distribution of abortion pills, as well as a recent uptick in abortion numbers, it is evident that life has made great gains in 2021. As 2021 comes to an end, the pro-life movement enters 2022 with a renewed committed to the protection of every human life from conception to natural death.