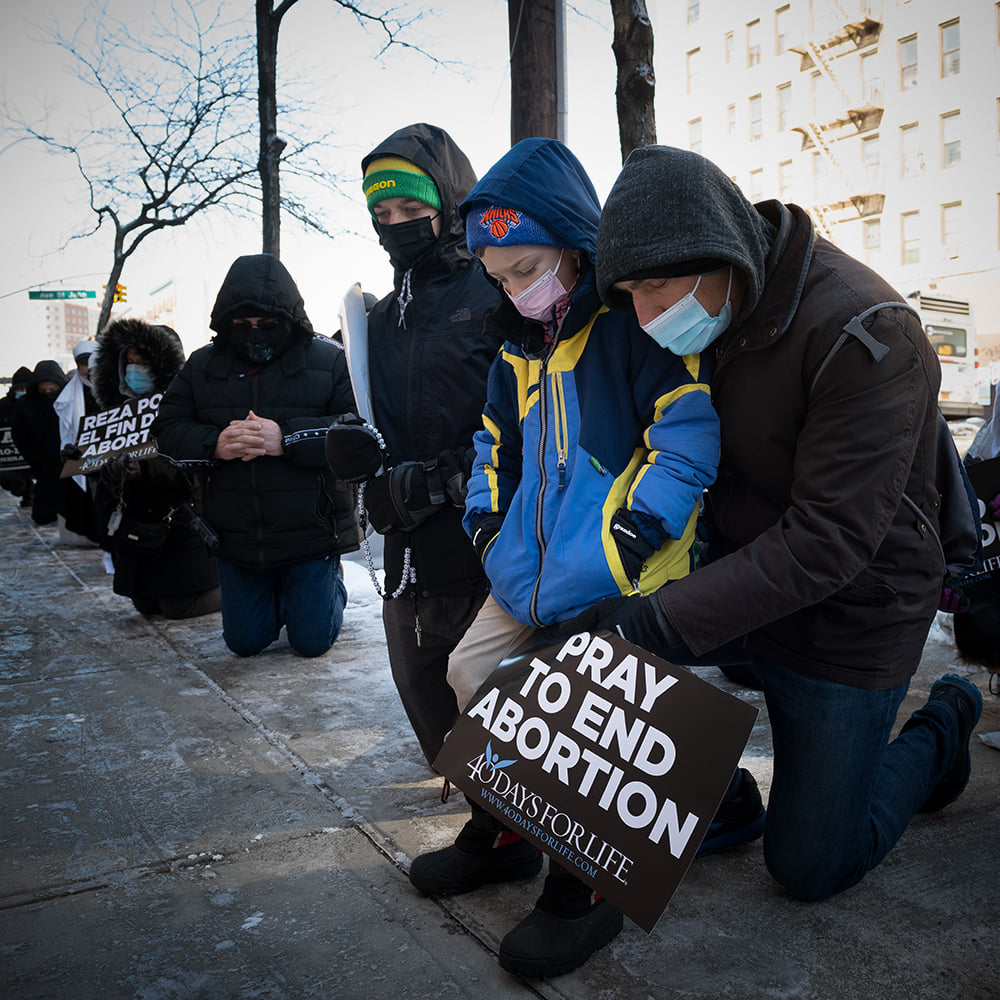 The 40 Days for Life annual spring campaign got underway last week, with 567 cities participating worldwide. The campaign began on February 17, the day Christians observed as Ash Wednesday, and will end on March 28, Palm Sunday. The dates intentionally track with the Christian observance of Lent, praying and fasting for an end to abortion during the 40 days leading up to the yearly commemoration of Christ’s passion, death, and resurrection, which Campaign Director Steve Karlen discussed in a recent 40 Days for Life podcast episode.

Launched in 2007, 40 Days for Life is “an internationally coordinated 40-day campaign that aims to end abortion locally through prayer and fasting, community outreach, and a peaceful all-day vigil in front of abortion businesses.” In November of 2020, the organization announced that 757 babies were known to have been saved after a record-high 588 cities participated in the fall campaign. This current campaign’s 567 participating cities is a record high for the spring 40 Days for Life.

The organization sends an email update to supporters and also posts on its Facebook page and website daily to share anecdotes from vigil sites across the globe. On Mondays, the organization updates the total number of babies saved to date. A ticker on the 40 Days for Life website also shows the running total. As of February 24, 2021, 43 babies and their mothers had already been spared from abortion during the first week of the spring campaign, including the first baby saved through the efforts of the campaign in Philadelphia.

“[The spring campaign]’s not just the biggest one, it’s the most important one because we’ve seen unprecedented attacks on the dignity of human life,” Karlen told Catholic News Agency. “We don’t have political power, we don’t have Wall Street or Silicon Valley or Hollywood on our side, but we do have God on our side, so I think it’s an opportunity for us to turn to Him.”

Recent updates on Facebook show masked and bundled-up prayer warriors across the globe, some praying in sub-zero temperatures. One particularly heartwarming update showed a father huddled up with his two young sons, silently praying in the cold outside a South Bronx, New York City abortion facility.

Since its inception, 40 Days Life for is aware of 18,017 babies saved, 109 abortion facilities closed, and 211 abortion workers who have left the industry thanks to the dedication of the campaign volunteers. Since 2007, 1,000,000 individuals and 20,000 churches have participated in 8,028 local campaigns in 64 countries. Interested individuals can find their nearest 40 Days for Life campaign here.