The abortion lobby is planning to expand abortion access by seeking to change the FDA’s safety strategy for dispensing the abortion pill regimen known as RU486. Planned Parenthood and the abortion industry present abortion as “safe and simple,” but one look at forms they require women to sign reveals the real truth. Missed abortion, blood clots, infection and even death are among the risks associated with medication abortion. Despite these risks, the abortion lobby is pushing for “home use,” “mail order,” OTC, and “telabortion.”

The abortion pill regimen is made up of two drugs: Misoprostol and Mifeprex, which is currently regulated by the FDA under a system known as REMS, an acronym that stands for Risk Evaluation and Mitigation Strategies. According to the FDA, “REMS is a safety strategy to manage a known or potential serious risk associated with a medicine and to enable patients to have continued access to such medicines by managing their safe use.”

The REMS document states that, “Mifeprex must be dispensed to patients only in certain healthcare settings, specifically clinics, medical offices, and hospitals, by or under the supervision of a certified prescriber.” The pill’s manufacturer, Danco Laboratories, must “[e]nsure that Mifeprex is not distributed to or dispensed through retail pharmacies or other settings….”

Prescribers of Mifeprex must be able to “assess the duration of pregnancy accurately,” “diagnose ectopic pregnancies,” and “provide surgical intervention in cases of incomplete abortion or severe bleeding.” 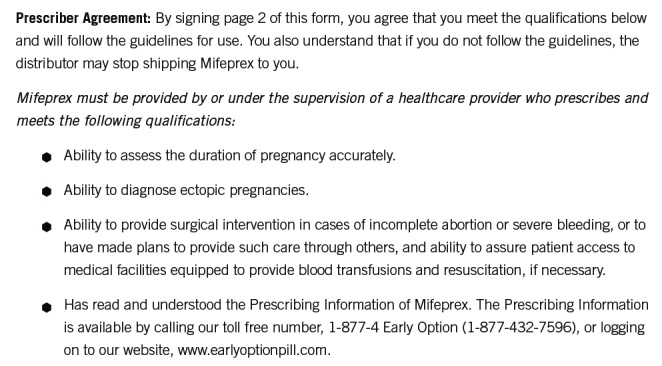 There have been 22 reported deaths associated with the abortion pill, and thousands of hospitalizations. If REMS is lifted, additional women may face serious complications due to a failure to properly detect gestational age or an ectopic pregnancy.

Under the current REMS agreement, prescribers must report deaths to Danco, which must then report to the FDA. But, if REMS is eliminated, those reports may also disappear. 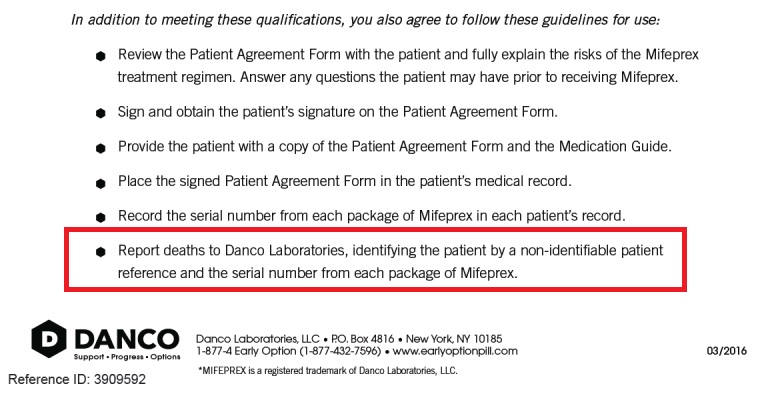 Despite the risks, abortion promoters are currently recruiting for a study in which women will obtain the abortion pill regimen from a pharmacy instead of in an abortion facility. Gynuity is conducting these clinical trials for the “Feasibility of Medical Abortion by Direct-to-Consumer Telemedicine,” or “mail order” abortion pills at select locations, including Planned Parenthood. The website, TelAbortion, has even been created to recruit for this experiment.

While pro-life groups are investigating ways to stop home use abortion, the abortion industry’s call to lift REMS is growing louder.

Tara Health Foundation, an organization which recently pledged to fund the failed push for the abortion pill on college campuses in California, published a 92-page strategy on its website which includes the push for “home use” abortions along with the elimination of REMS.

A consortium of abortion organizations — Advancing New Standards in Reproductive Health (ANSIRH), Gynuity Health Projects, and Ibis Reproductive Health — published a report entitled, “A roadmap for research on self-managed abortion in the United States.” The report suggested, “[M]edication abortion could be even further demedicalized through pharmacy dispensing and expansion of telemedicine models—or even making it available over the counter (OTC)—which have the potential to expand access greatly.” 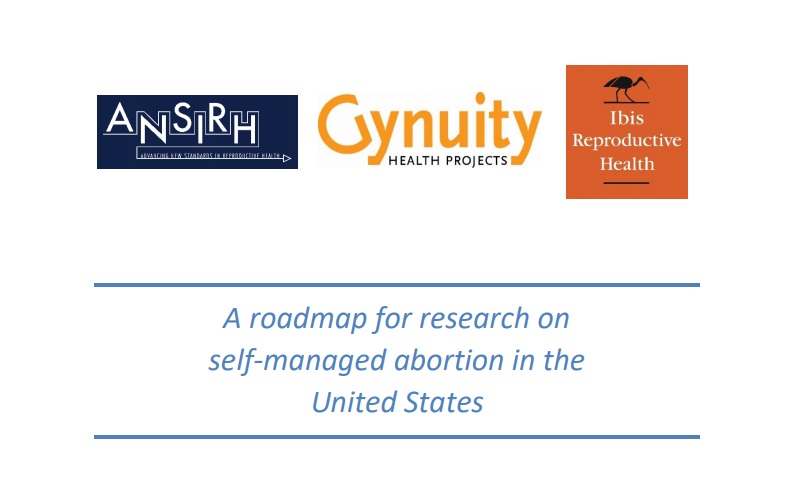 Report: Roadmap for research on self managed abortion

They add, “A number of critical research projects to advance this effort are underway, and include studies of: inperson pharmacy dispensing of mifepristone, clinician-to-clinic telemedicine, direct-to-patient telemedicine, an assessment of demand for and interest in advance provision of medication abortion pills, and the pilot of a label comprehension study for an OTC mifepristone-misoprostol product. Additional research is needed to document the safety, acceptability, and feasibility of a range of direct-to-patient telemedicine innovations.” 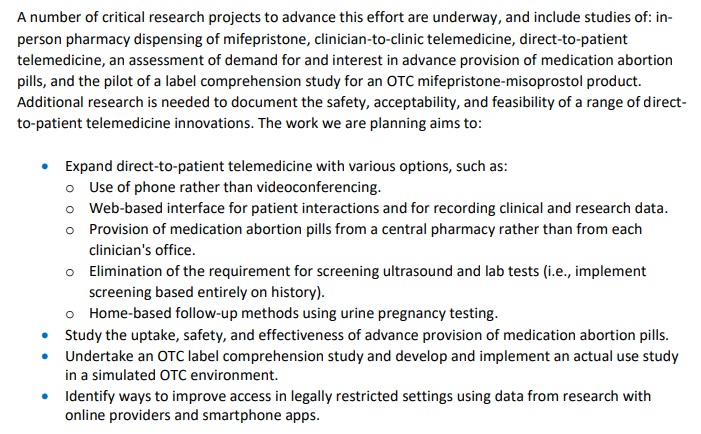 Roadmap for self managed abortion

A report which seems to soft-pedal these “self-managed abortions,” published by Guttmacher, reads in part:

The report indicates that the abortion industry has no plans to relinquish the profits medication abortion brings.

“[…]self managed medication abortion will require adaptations to ensure that clinic-based providers can play a role in supporting people who self-manage…. For example, they could serve as a source of accurate information about self-management and offer care if it is needed or wanted at any stage. This would require payment and reimbursement systems that compensate providers adequately for providing these services...”

The former “special affiliate” of Planned Parenthood goes on to state, “To fully integrate self-managed medication abortion with existing abortion practices in the United States, misoprostol and mifepristone must first become available without a prescription…. Lifting the REMS on mifepristone would allow more convenient models to emerge in states that permit telemedicine abortion…. lifting the REMS on mifepristone and securing OTC status for medication abortion are advances that do not depend on state legislatures or the Supreme Court.”

In response to these proposed abortion expansions, pro-life groups are working even harder to assist women who regret taking abortion pills through a network of more than 400 medical practitioners associated with Abortion Pill Rescue. They report that over 500 babies have been born following these life saving efforts.