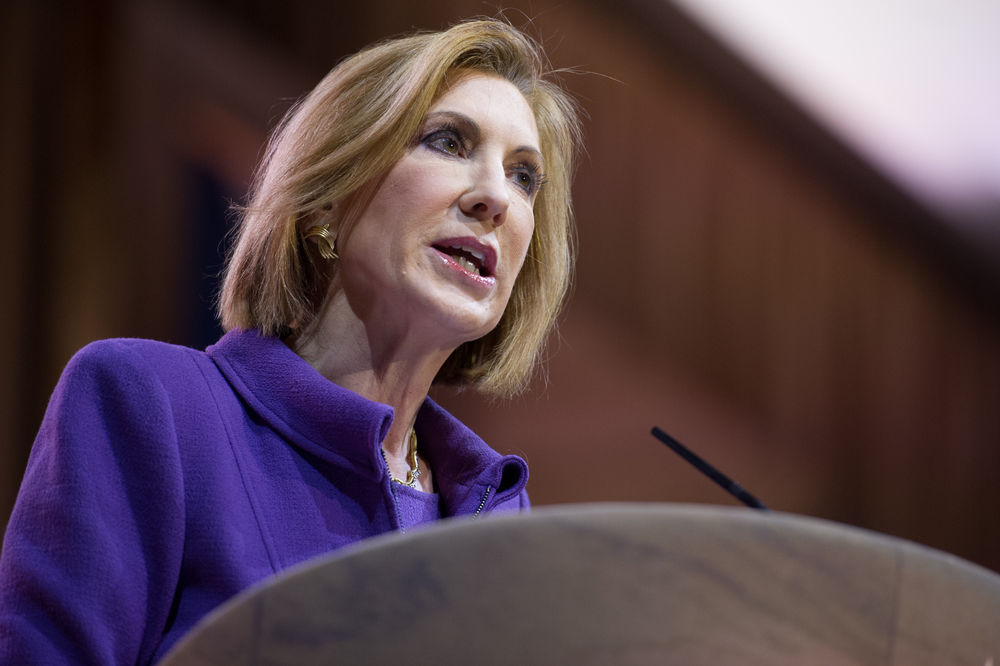 When a powerful, eloquent, and successful woman calls out the abortion industry, the usual excuses are put to bed. Fiorina’s career – and current presidential aspirations – make it clear she’s no foe to power in the hands of women. She just happens to believe that we women don’t need to rise to seats of power by dancing in the blood of our infants.

Laguens penned a letter to the Fiorina campaign, brashly asking Fiorina to visit a Planned Parenthood clinic – though one can only imagine that the presidential candidate would be forcefully steered away from the procedure rooms where women cry out for the abortionists to stop, unheeded, and the medical rooms, where Planned Parenthood abortionists and staffers exclaim about “another boy,” declaring, “It’s a baby.”

Would Planned Parenthood really care to show those rooms to Fiorina?

Of course, it already has, via the Center for Medical Progress’s videos. Millions of Americans – many of them strong women in the mold of Fiorina – have been invited deep into the bowels of America’s largest abortion provider. And we are universally horrified and sickened by what we see. Planned Parenthood’s Laguens does not even attempt to debate Fiorina over whether or not her description actually occurs in abortion clinics. Laguens nowhere says, “We do not have babies born alive in our clinics. Their legs do not kick; their hearts do not beat. We do not slice open their faces and harvest their brains.”

No, she cannot make that claim. It would be an absurd and outrageous lie.

Instead, she furiously explains her reason for writing (nothing else could compel her to contact the terrifying Fiorina):

I am writing to tell you directly that your claims are completely false and that the video footage you described simply does not exist. Literally, there is no such scene on any of the heavily edited, widely discredited videos that have been released by anti-abortion extremists. Your statements last night, while vivid and attention-getting, were completely untrue.

Eric Ferrero, spokesman for Planned Parenthood, took to his pen – or more likely his keyboard – as well, to type out a manly rage against Fiorina. “The images,” he claimed, “show nothing like what Carly Fiorina said they do… the video footage that she claims exists — and that she ‘dared’ people to watch — does not exist.”

History has answered us with a resounding no.

While Dawn Laguens and Eric Ferrero may declare there is no video of the San Jose baby boy getting his face sliced open and his brain harvested, Planned Parenthood cannot – cannot – deny that it actually happened. They cannot deny that it happens again and again.

And that is why Planned Parenthood is terrified of Carly Fiorina and her sharpened words of bloody truth.