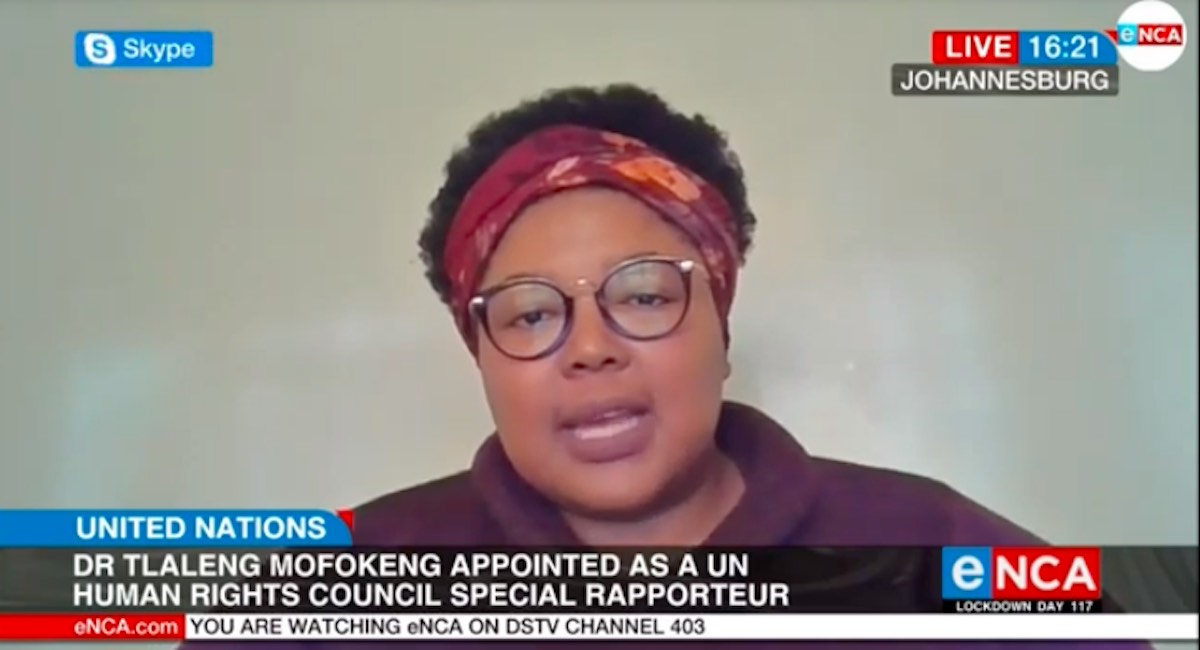 In July, the UN Human Rights Council appointed an abortionist as Special Rapporteur on the right to health. Now, she is throwing her complete and total support behind dangerous at-home abortions.

Dr. Tlaleng Mofokeng is an abortionist from South Africa who will serve in this honorary position with the UN for six years, focusing ironically “on the right of everyone to the enjoyment of the highest attainable standard of physical and mental health.” In an interview with Ipas, an international organization that is “solely focused on expanding access to safe abortion and contraceptive care,” Mofokeng declared her support for at-home abortions using the abortion pill amid the COVID-19 pandemic and beyond.

“I absolutely support women having the power to make the decision to manage their own abortion at home,” she explained. “But we have to be careful not to absolve governments of the responsibility to provide abortion services in health facilities. We need to think about access to abortion in totality. Some women may be choosing self-managed abortion only because they lack money for transport and don’t live near a health facility. We need to ensure that anyone who wants an abortion in a public health facility, with support of medical professionals, can do so. At the same time, I completely support women’s right to a self-managed abortion.”

Despite Mofokeng’s primary concern here is not the physical or mental health of women. Research has shown that the abortion pill is actually four times more dangerous than first-trimester surgical abortion. Women who take the abortion pill are at risk of hemorrhaging, incomplete abortion, and death from infection. If a woman has not been seen by a doctor and takes the abortion pill at home, she could take it well after the approved timeframe of 10 weeks gestation which can cause preterm labor of a living (instead of a dead) baby. She could also die from a ruptured undiagnosed ectopic pregnancy.

Clearly Mofokeng knows that there are risks involved, or she would not have said, “We need to ensure that anyone who wants an abortion in a public health facility with support of medical professionals can do so.” But for women who cannot afford to get to an abortion facility — the underprivileged women who are often the target of the abortion industry — apparently, aborting their babies at home is more important than protecting their health.

Abortion is also a danger to women’s mental health, as it comes with increased risks of alcohol use, drug use, depression, anxiety, and suicide. Women who have taken the abortion pill have revealed horrific experiences that have left them emotionally traumatized, including having seen the bodies of their aborted babies.

In July, a U.S. federal judge ruled that at-home abortions using the abortion pill would be allowed against the FDA’s recommendations throughout the duration of the COVID-19 pandemic. The UK allowed the same in March and it led to the deaths of two women and a 28-week-old preborn baby, proving that at-home abortions are a dangerous move.

Mofokeng wrongly believes governments have the “responsibility to provide abortion services….” Though a UN working group claimed in May that there is a “right to abortion,” no such right exists, and as Elyssa Koren wrote for Townhall, “[I]nternational human rights are grounded in the protection of the right to life for everyone at all stages.”

Governments have a responsibility to protect their citizens from harm. Abortion is a direct attack on any nation in which it is legalized and promoted.