For years, pro-life groups have documented that the hundreds of millions in government dollars Planned Parenthood receives are fungible, acting to free up other dollars which would normally be used for salaries, facility rent, and general overhead. Though Planned Parenthood leads the American public to believe that those taxpayer funds do not pay for abortions or the salaries of staff that commits abortions, top officials at Planned Parenthood, like R. James LeFevre, Jr., knew differently.

LeFevre began his career with Planned Parenthood in 1974 and was considered a mover and shaker inside the organization.

According to his resume, LeFevre worked as Chief Strategic Officer for the Planned Parenthood Federation of America (PPFA) from 1999-2006, as PPFA’s Chief Operating Officer from 1996-1999, as interim co-president of PPFA from 1995-1996, and as executive director of Planned Parenthood of Northern New England from 1977-1995. In other words, he was not a low-level employee, but was heavily involved in the workings of Planned Parenthood as an organization. 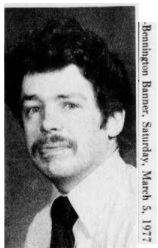 In 1992, he authored a booklet called “Redirecting Boards, a New Vision of Governance for Planned Parenthood,” written as a reference for the various PPFA affiliate leaders.

It is there that LeFevre exposed how “the major influx of government funds” became the catalyst behind Planned Parenthood’s ability to recruit its staff. LeFevre writes:

Some 20 years ago the managerial “professionalism” of the executive director (and often the senior staff) began to emerge. This became possible because of the major influx of government funds (primarily federal), providing resources that enabled Planned Parenthood to offer extensive training to incumbents and to hire experienced managers (not just social workers, ministers, or nurses, who did not always have such managerial preparation or experience). This trend continued for other senior staff positions….

In other words, the ability for PPFA to hire top notch staff, executives and board members was directly related to public taxpayer funds.

LeFevre would know. After all, in addition to his many jobs within the abortion corporation, Live Action News previously reported that LeFevre was one of the nine members of PPFA’s “Reinvention Group,” tasked to “literally design PPFA in order to succeed in the era of health care reform.” Or, as the New York Times described it at the time, to change Planned Parenthood to a “broad health organization that could compete in the era of managed care.” But, despite today’s misleading rhetoric, this so-called “reinvention plan” created in the mid 1990’s to morph Planned Parenthood from an abortion facility into a health care agency failed because it barely mentioned abortion.

What else increased during that same time period? The salary of PPFA’s president, Gloria Feldt. 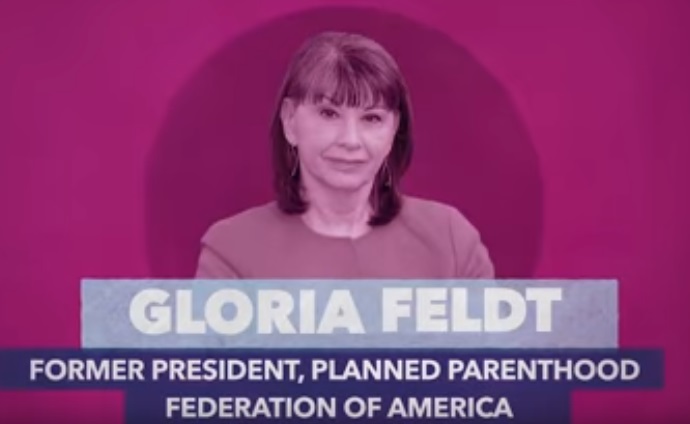 Feldt’s salary increased each year by the amounts listed below (all categories totaled):

In other words, within just a few years, and with the help of government dollars, the president of Planned Parenthood had received a whopping 233 percent increase in her salary.

Enter Cecile Richards, whose “accomplishments” mirror those of Feldt. In 2006, when PPFA hired Richards to be their CEO/political organizer,  government dollars to the abortion corporation jumped from $336.7 million (2006) to $554.6 million (2015), also increasing nearly 65 percent.

Thanks to Richards, Planned Parenthood now garners nearly 35 percent of the abortion market, while the organization’s actual health services and patient numbers are dwindling. But that hasn’t prevented Richards from seeing her salary increase. Richards began her career at Planned Parenthood receiving an annual compensation of $360,902, according to PPFA’s 990 reports that year. And, just like her predecessor, her salary also skyrocketed.

While abortions remained on the increase along with taxpayer dollars, Cecile Richard’s salary rose by over 165 percent. According to PPFA’s IRS Form 990 for 2014, in just a few years, Richards’ salary and compensation had reached a staggering $957,952.

Richards isn’t the only one cashing in on taxpayer dollars.

An analysis by American Life League (ALL) in 2017 examined compensation paid to Planned Parenthood’s 12 top employees and found they received a total of $4.7 million. The report also found that the average compensation of an affiliate CEO had increased 22 percent in just the last two years.

In addition, ALL found that all 56 PP affiliate CEOs made over $100,000 per year with some making more:

“The total compensation paid to all PP CEOs is $13.4 million. This income puts the average Planned Parenthood CEO in the top five percent of all workers in the United States,” ALL wrote in its press release.

A look at Planned Parenthood’s record reveals that it doesn’t deserve a cent of taxpayer money:

The list above does not include the number of women injured or killed after using Planned Parenthood’s abortion “services.”

So, while taxpayers are forced to fund this corrupt organization to end the lives of over 900 preborn babies a day, Planned Parenthood has increased its excess revenues (that’s right: profit) from $55.8 million in 2005 to a whopping $77.5 million last year alone all while paying its executives, especially its CEO, extremely high salaries.

It was all a part of the plan, as LeFevre outlined in his book where he noted, “In the last decade it has become abundantly clear that Planned Parenthood’s success is closely linked with power and money… it takes political muscle and big bucks to prevail.”

Sadly, many of those big bucks come from the taxpayer. Enough is enough. A full defunding of America’s corrupt abortion corporation is imperative.