It should come as no surprise that the abortion industry despises pregnancy resource centers. PRCs are saving the lives of preborn babies (and their mothers) every day, and this means they’re taking opportunities for profit away from abortion facilities that would otherwise be preying upon those desperate women in their time of need. Because of this, groups like NARAL and others in the abortion industry have launched an intensifying smear campaign against lifesaving pregnancy resource centers, claiming various untruths in order to keep women from walking through their doors. Four of these myths are listed below:

Abortion advocates have frequently complained that pregnancy resource centers lie to women about the risks of abortion. These advocates claim abortion has no association with breast cancer, infertility, premature births, negative emotional/mental consequences, and so forth. But who is really lying?

Recent studies in both India and China (where abortions aren’t exactly rare) report that abortion causes a significant increase in the likelihood of developing breast cancer. And more than one study has pointed out that women who have abortions are at higher risk of Pelvic Inflammatory Disease, which can cause infertility.

Having more than one abortion puts women at greater risk for premature births in future pregnancies. Live Action News’ Cassy Fiano noted previously that this group of women may be larger than you think:

As for negative emotional and mental consequences, a 2016 study of more than 8,000 women found a definitive increase in mental disorders among post-abortive women, after adjusting for more than 20 demographic variables. Fiano wrote:

Only one study, conducted in 2013, found that women didn’t feel any regret within three years of their abortions. That study was deeply flawed, however, and is in opposition to the bulk of medical research. 29 out of 30 studies found that women who have abortions are at an increased risk for mental health disorders.

But the abortion industry continues to pretend this evidence of abortion’s risks doesn’t exist, and says pregnancy centers who warn women of these risks are lying. As a side note, if you really want to see lying in action, just ask an abortion facility about fetal development, and see if you get accurate information. (Hint: You won’t.)

NARAL has long attacked pregnancy resource centers for alleged deceptive advertising. When PRC ads were appearing in Google searches for “abortion clinics,” the group claimed Google was “aiding and abetting” the deception of women by allowing PRCs to engage in false advertising. NARAL then even said it had convinced Google to remove the “deceptive ads” placed by PRCs.

Just one problem: none of this was true.

It turned out that PRCs weren’t doing any sort of deceptive advertising, and no “deceptive ads” were removed. The PRC ads were appearing in Google searches because that’s how Google AdWords (and basically, the internet) works sometimes.

For example, a Bing search for “pregnancy centers” brings up my local PRC in spot #1, and in spot #2, a local Planned Parenthood facility, which is not a PRC. Is Planned Parenthood therefore engaged in deceptive advertising, or is this just the typical sort of thing that happens with related terms when searching the internet? In all likelihood, it’s the latter, even though Planned Parenthood engages in all sorts of deception.

Beyond this, pregnancy resource centers frequently advertise themselves as “abortion alternatives” — as in alternatives to abortion — even in the Yellow Pages. A woman visiting a pregnancy resource center website will find information on abortion and its risks but will not find abortion or “pregnancy termination” listed as a service. But it’s as if the abortion industry feels women aren’t smart enough to know the difference between a place clearly offering abortions and one that is offering alternatives and information.

It is not uncommon for the pro-abortion crowd to act as if women entering pregnancy resource centers have been tricked and are totally hapless victims, but if they enter Planned Parenthood facilities (which have been caught numerous times actually lying to women), they are empowered and of fully sound mind in their decision to abort.

READ: Ten numbers you should know about pregnancy centers

And, of course, some states have even gone so far as to try to force pregnancy resource centers to post signage and distribute information directing clients that they’re entitled to obtain abortions, and where to get them. The case, NIFLA v. Becerra, was recently argued before the U.S. Supreme Court, and a decision is expected sometime this summer.

Anyone who visits a pregnancy resource center will note that each center usually has a large collection of things like diapers, training pants, baby wipes, cribs, strollers, breastfeeding accessories, clothing for infants and older children, bottles, formula, toiletries, various household needs, parenting classes, classes on life skills, and more. If these things don’t qualify as tangible help, I don’t know what does.

In addition, PRCs are frequently instrumental in referring women to other outside social services that can help them and their families for years to come, while also maintaining supportive personal relationships with those women and their families. 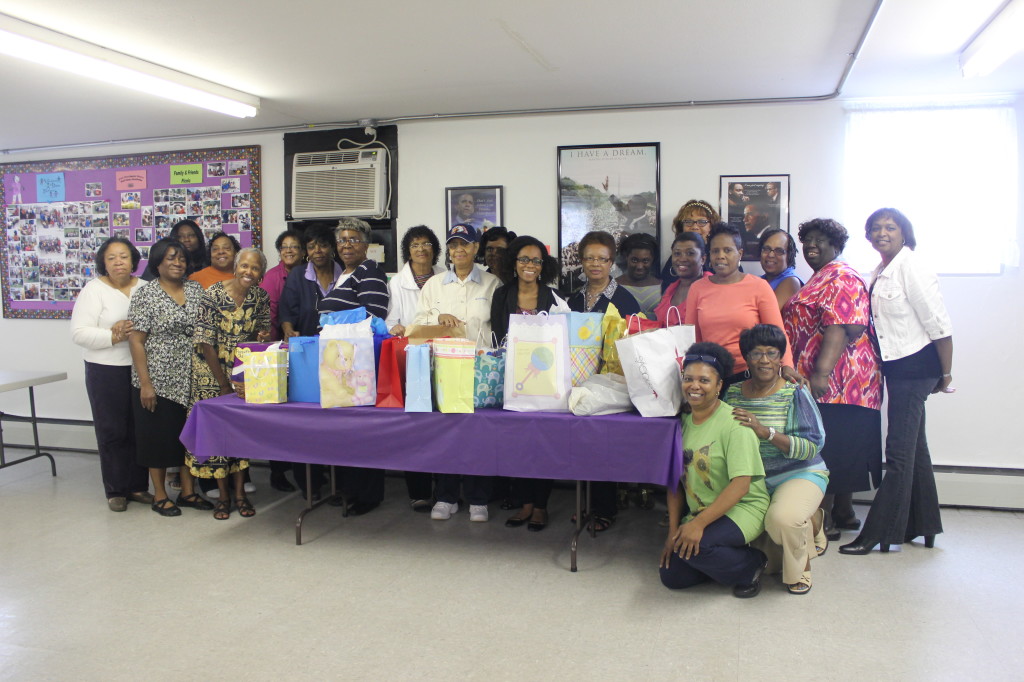 A church baby shower for a Pregnancy Resource Center

While most pregnancy resource centers offer things like pregnancy tests (which can be done without medical personnel), material resources, and emotional support, many do actually offer medical services such as limited obstetric ultrasounds, STD testing (and possibly treatment), and consultations with licensed medical professionals. These centers have medical personnel, such as registered nurses and/or physicians, in medical supervisory roles. As Life News reported in 2013:

Medical PRCs are staffed by both paid and volunteer medical professionals. In addition to the medical director they also utilize the services of RNs, Physicians Assistants, Registered Diagnostic Medical Sonographers (RDMS) and other licensed health care providers.

The bottom line is that pregnancy resource centers exist to help children and families who are in need. But groups like NARAL, which believe that abortion is what truly empowers women experiencing unplanned pregnancies — and which make their profits from abortions — will stop at nothing to paint these PRCs, which offer their services for free, as “fake clinics” who are out to deceive women. Nothing could be further from the truth.