When pro-choice film director Punam Kumar Gill looked into the adverse effects of abortion, she discovered several interesting facts in studies that had concluded for and against the question on whether abortion can increase a woman’s risk of breast cancer. In a powerful documentary on the subject, entitled, “Hush: the Documentary,” directed by Gill, the self-described pro-choice filmmaker detailed her findings and concluded that although more research is necessary, “to entirely deny the connection is ludicrous.”

Despite millions of dollars being raised to find a cure, Gill notes in the film that “breast cancer incidents are much higher today than they were a generation ago.”

“In the United States between 1982 and 1987 alone, invasive cases of breast cancer rose an alarming 32 percent and has remained around those levels ever since…. Some of this increase was attributed to modern early detection techniques, but early detection, of course, doesn’t add to the number of cases; it just prevents death by detecting cases earlier….”

Incidences of breast cancer have nearly doubled in 25-39-year-old women; no other age group had that significant of an increase.

What was the cause?

According to Gill, “The major factor that had changed in young women’s lives exactly 10 years before the increase is the rise in the number of abortions following legalization.”

Furthermore, Gill discovered that 10 years is the same amount of time that it takes a cancer cell to develop to the point of detection. “Yet, the medical establishment calls this factor purely coincidental,” she said.

Today, according to Gill, researchers can only attribute 20 percent of breast cancer to family history. “They didn’t seem to know what caused the other 80 percent,” she pointed out. 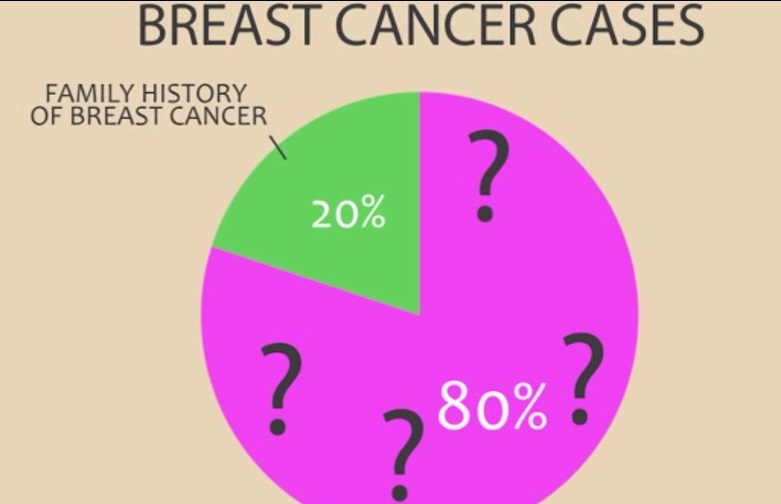 Gill looked at studies authored by researchers that concluded there was a link between abortion and breast cancer, also  examining many that found  no link. She discovered that even in some studies that found no link, the research showed a link might be plausible in certain instances.

For example, a 2007 Harvard Nurses’ Health Study allegedly showed no overall link between breast cancer and abortion, but also showed that women who had abortions and never had live births could be at risk.

“When you look at specific groups inside the study,” Gill states in HUSH, “women who had an abortion and had children showed no increased risk [for breast cancer]. But a 26 percent risk increase was found in the group of women who had had an abortion but had no children.”

There were studies from other nations that showed evidence of a breast cancer-abortion link as well.

Dr. Joel Brind, who published a meta-analysis in 1996 documenting the link, told Gill that several more recent studies out of South Asia also showed a link between abortion and breast cancer.

“Between 2008 and 2014 just in South Asia, there have been a dozen studies,” he said. “When you average them all together, the overall average odds ratio or risk increase is in excess of 400 percent.” 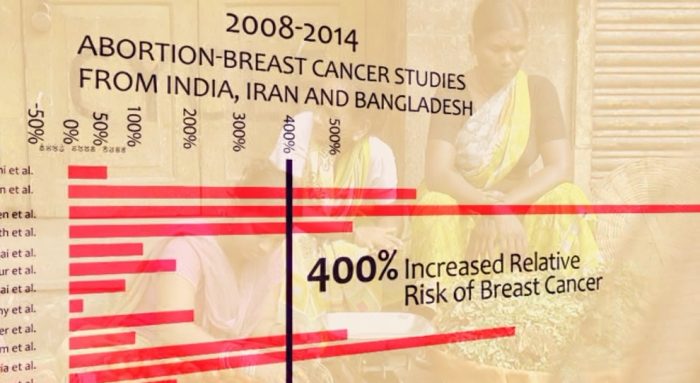 Brind added that he found there is a lower breast cancer rate in places around the world where women have fewer abortions, give birth to children, and breastfeed those children.

Stephen Mosher from the Population Institute told Gill that he studied cases in China where women are subjected to forced abortion in that nation because of China’s oppressive population control policies. 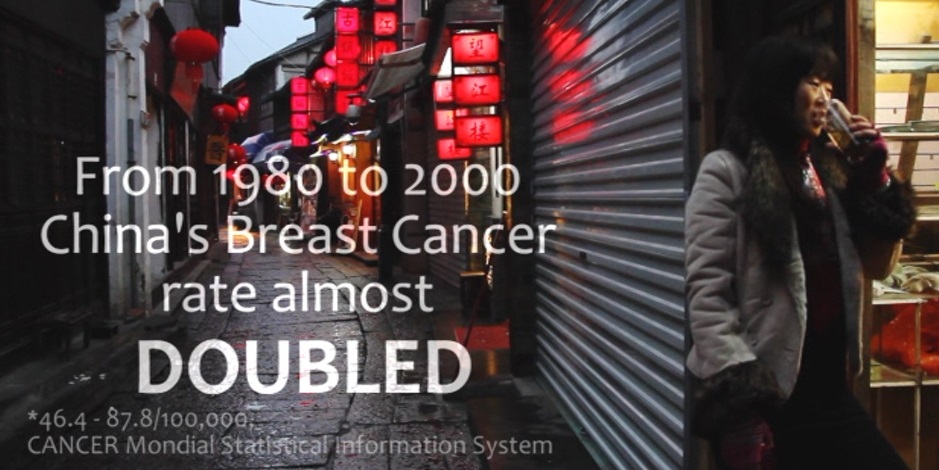 “But, in China, of course, we’ve now had 3 1/2 decades of this experiment that has been carried by the Chinese Government, in effect on hundreds of millions of Chinese women. And rates of breast cancer in China are skyrocketing,” Mosher said. 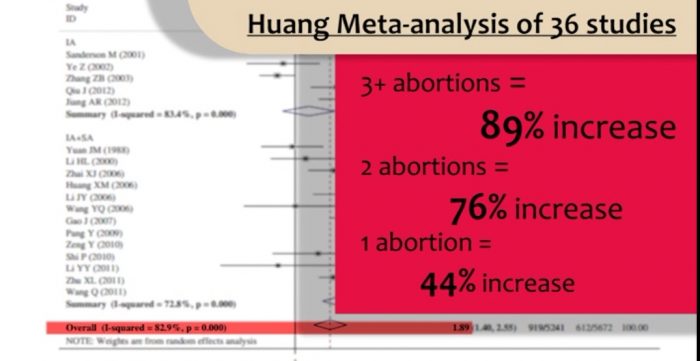 “This breast cancer epidemic is a looming disaster for Chinese women who’ve already suffered, in my view, more than enough under the terms of the One-Child Policy,” Mosher added.

Dr. Ian Gentles, author of the book “Complications,” states in the film that his research indicated, “There have been many dozens of studies, and a high proportion of those studies show a real statistically significant link between abortion and breast cancer. In other words, if you have an abortion, you have between a 30 and 40 percent increased chance of breast cancer…. And this has been established all over the world, not just in the United States”

The so-called Father of Epidemiology, Dr. Anthony Miller, told the filmmaker, “If we find even something increasing risk of a common disease such as breast cancer by 20 to 30 percent, we would regard that as important and would require something to be done about it. So, a weak association for breast cancer may still be very important in terms of trying to prevent the disease in as many people as possible.”

Author’s Note: “Hush: the Documentary” is published by Mighty Truth Productions Inc. and is available for purchase here.