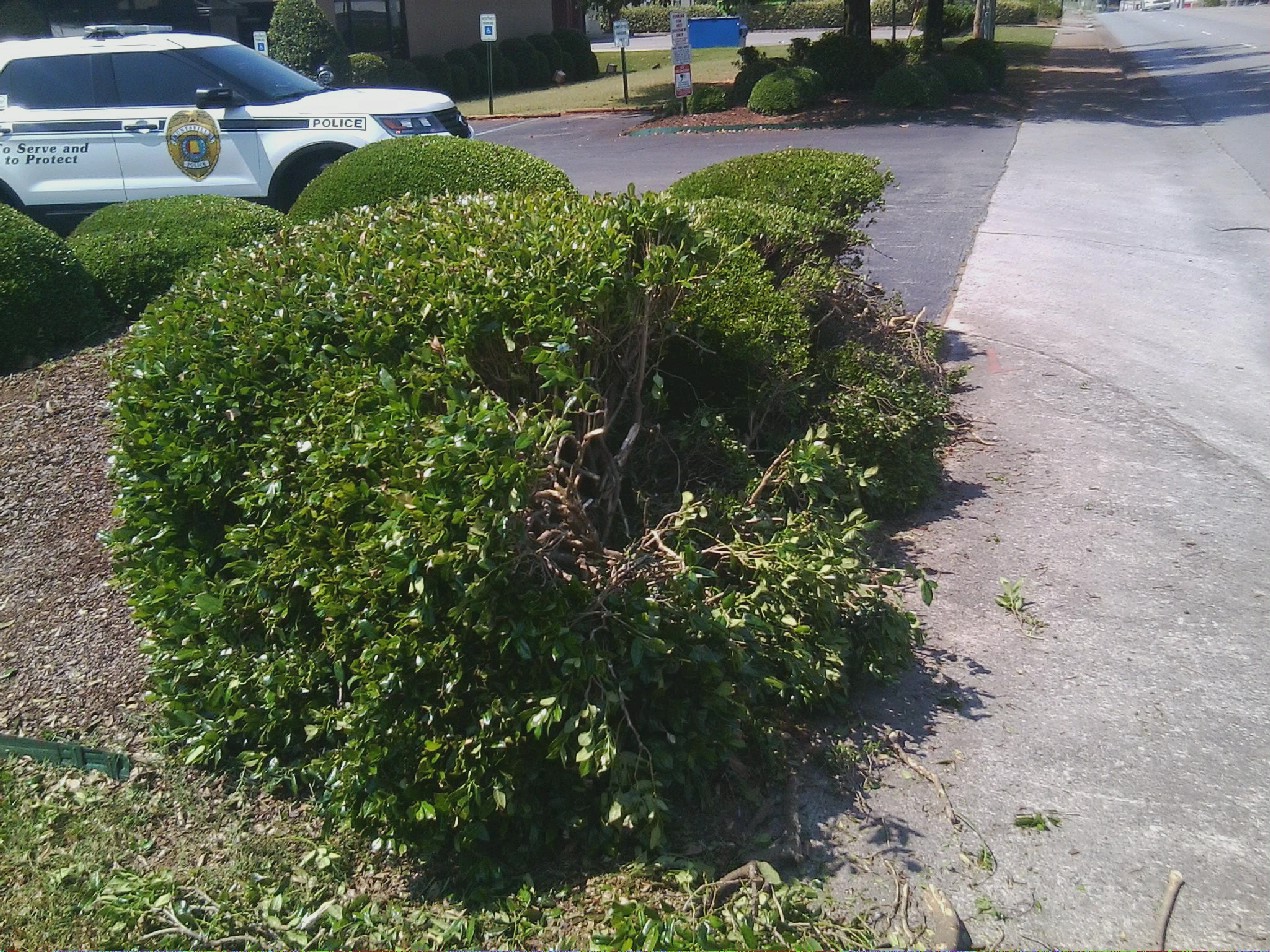 Two sidewalk counselors outside the Alabama Women’s Center abortion facility in Huntsville were almost hit by a car recently, in a terrifying display of violence. The two men, Robert Mog and Jim Snively, told Live Action News about the ordeal, which took place on Memorial Day.

The abortion facility was closed when the men were there, holding pamphlets and bibles and waving signs. “Bob was texting and I was holding my sign and waving when looking down Sparkman toward Jordan, two cars came up, a silver-gray vehicle in the left lane and a goldish tan in the right,” Snively told Live Action News. “The tan car pulled right in front of the silver car who hit his brakes and began to slow. The tan car accelerated. I saw the driver with both hands on the steering wheel… [a]s the driver accelerated she pulled further to the right and entered the driveway, still accelerating.”

The car came so close to hitting the two men that it struck one of their bags, scattering pamphlets and bibles across the grass. 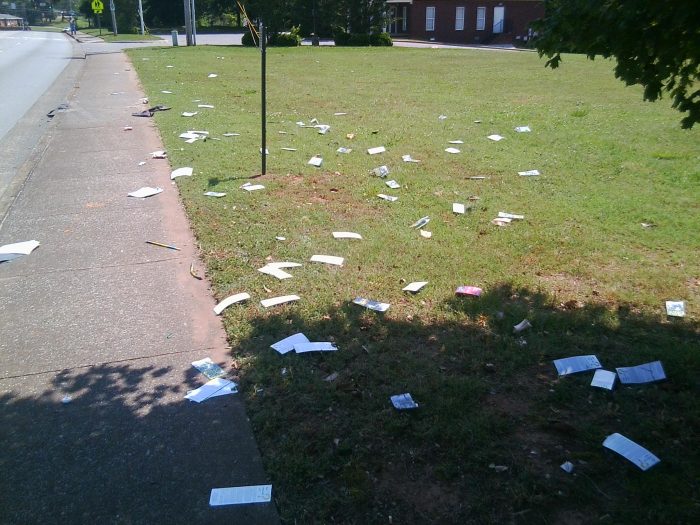 This photo shows the debris field after the car struck Mog’s bag.

“I was a few yards away in the direction of the camera when Jim yelled ‘Bob, watch out!’,” Mog recounted. “I stepped to my left and rotated around sideways to avoid being hit as the car’s front left bumper grazed my leg. It really was remarkable to look up and see a car coming directly at me like that.”

After the altercation, Snively called the police, and a witness came forward with a description of both the driver and the car. “Both he [the witness] and Jim said that the woman had both hands on the wheel and was driving straight at us,” Mog said. “We have had [escorts] and the abortionist come close to us in their cars when we cross the crosswalk in front of the abortion mill, but this is the first time we have had a car run up on the sidewalk to try to hit us.” 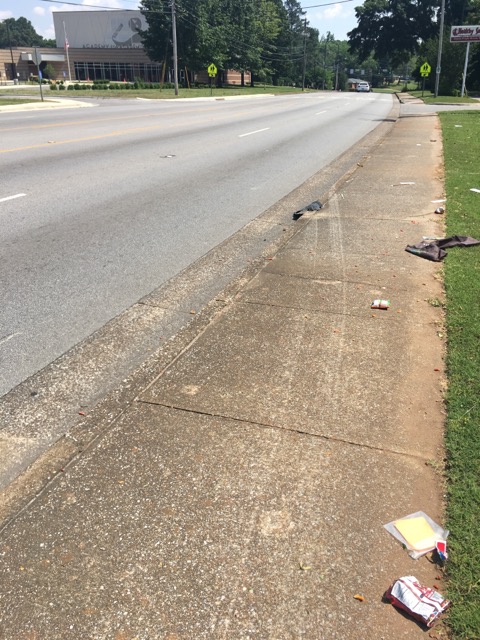 This photo, provided to Live Action News, shows skid marks where the car veered onto the sidewalk.

Earlier in May, a female sidewalk counselor was assaulted in front of the same abortion facility, when a woman punched the sidewalk counselor’s hands before stealing her cell phone and running back to her car, where she threw the phone into the grass.

Sadly, this kind of behavior is becoming more common, especially with abortion advocates using cars as weapons. Other assaults continue to take place, all while the abortion industry and its defenders either remain silent and/or condone the violence. Any pro-lifers who wish to engage in activism must be sure to remain alert at all times, and have recording devices ready, now more than ever.