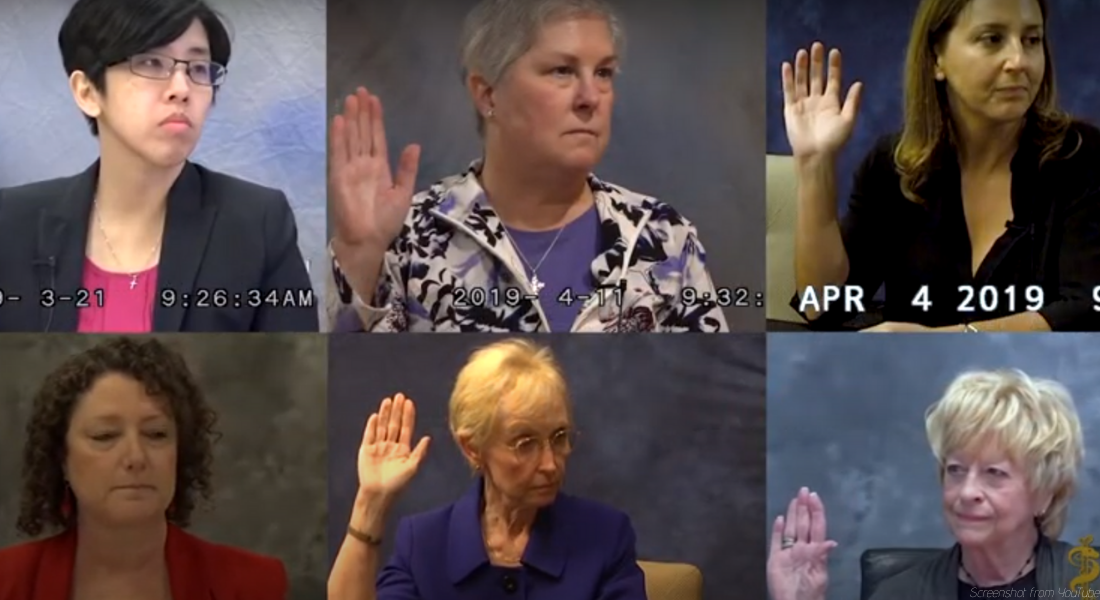 An explosive new video from the Center for Medical Progress (CMP) contradicts past claims from Planned Parenthood that the corporation never participated in the sale of aborted baby body parts but merely donated them and was compensated for expenses. Featuring testimony from Planned Parenthood officials under oath in 2019, as well as documents from those officials’ admissions, the video shows these executives and directors admitting to actually selling body parts, which is illegal.

Numerous depositions are featured in the video, including from Tram Nguyen (Planned Parenthood Gulf Coast’s Senior Director of Abortion Access), Dr. Dorothy Furgerson (Chief Medical Officer of Planned Parenthood Mar Monte), and Dr. Deborah Nucatola, the former senior director of medical services for Planned Parenthood Federation of America, among others. More testimony and documents are available on the CMP website.

After CMP’s undercover videos were released, Planned Parenthood retaliated with a bogus lawsuit, while its political allies in California pressed charges against David Daleiden and Sandra Merritt, the journalists who exposed Planned Parenthood’s illegal behavior. Planned Parenthood publicly went on the attack, claiming the videos were doctored and heavily edited (an accusation that was disproven by forensic analyses) and claiming they never broke any laws regarding the trafficking of aborted body parts. But this newly released video shows otherwise.

Featured in the video are email contracts sent to Planned Parenthood Gulf Coast. While publicly, Planned Parenthood told the New York Times they turned the deal down, in video testimony of her deposition under oath, Tram Nguyen is seen admitting in that she actually intended to move forward with the financial arrangement.

During some of the featured testimony in the video, an attorney can be heard in the background repeatedly instructing her client not to answer when asked how much money Planned Parenthood may have received from selling the body parts of aborted children. Yet invoices showed some Planned Parenthood centers receiving upwards of $10,000 in a single month, lending credence to StemExpress’ advertised promises of “financial benefit” and “fiscal reward” for abortion facilities.

Other documents showed that top level executives at Planned Parenthood’s national headquarters were aware of the body parts sales. Deborah Nucatola, an abortionist herself, admitted under oath that she knew Planned Parenthood Los Angeles was receiving payments for body parts yet claimed she never bothered to ensure everything was taking place legally. Nucatola is the abortionist seen in CMP’s first video discussing over wine and salad how she illegally altered abortion procedures to better harvest body parts. Dr. Mary Gatter was also featured in the under-oath testimony, and was previously caught undercover haggling over prices for aborted body parts, infamously stating, “I want a Lamborghini.” In her deposition, Gatter admitted to setting up a business arrangement with the now-closed, for-profit fetal tissue harvesting firm Novogenix.

StemExpress and Advanced Bioscience Resources (ABR) are still in operation, and ABR is still working with Planned Parenthood of the Pacific Southwest to obtain aborted body parts for researchers. And while Planned Parenthood officials admit to wrongdoing under oath, the journalists who uncovered their illegal behavior remain under investigation by authorities—allowing Planned Parenthood to continue its scheme with no repercussions.

In a press release, David Daleiden, project lead for CMP, called for action. “The time has come for federal consequences for Planned Parenthood,” he said. “Planned Parenthood lied to the public and to Congress, but now there is no longer any reasonable doubt that Planned Parenthood sold fetal body parts, commodifying living children in the womb and treating pregnant women like a cash crop. The U.S. Department of Justice must escalate the enforcement of laws against fetal trafficking to the highest level of priority.”