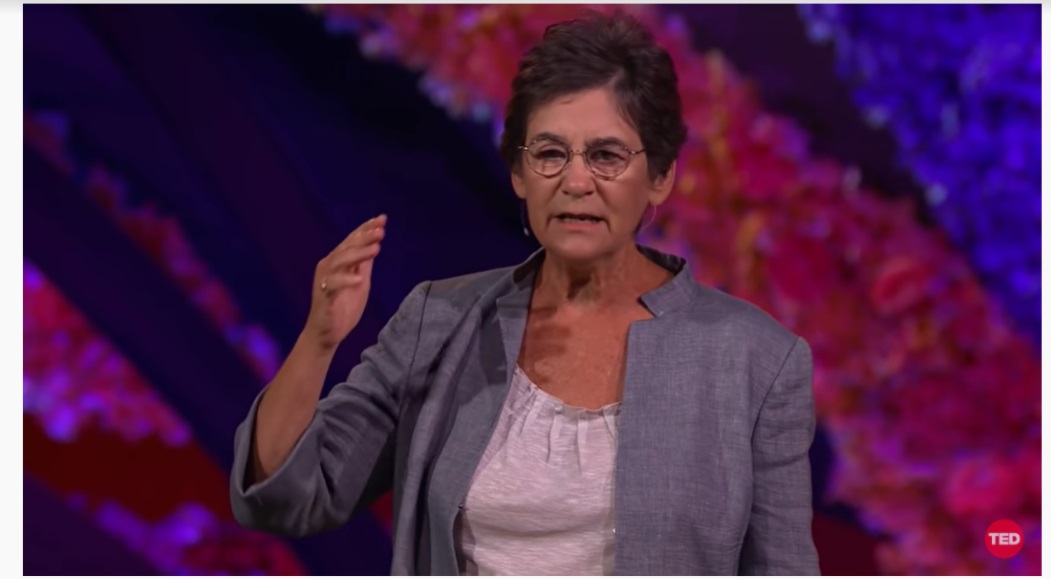 In a recent TED Talk, longtime pro-abortion leader, attorney, and activist Kathryn Kolbert told supporters that she believes Roe v. Wade will be dead within the year because of the Dobbs v. Jackson Women’s Health Organization Supreme Court case. Kolbert is the co-founder the Center for Reproductive Rights (CFRR), which defended Jackson Women’s Health Organization abortion facility in the case, challenging a Mississippi State ban on abortions after the 15th week of pregnancy. The Supreme Court in Dobbs agreed to address the question, “Under the Constitution, may a State prohibit elective abortions before viability?”

Kolbert also argued on behalf of abortion in the Planned Parenthood v Casey Supreme Court case, which reaffirmed Roe v. Wade. In Casey, “the justices imposed a new standard to determine the validity of laws restricting abortions. The new standard asks whether a state abortion regulation has the purpose or effect of imposing an ‘undue burden,’ which is defined as a ‘substantial obstacle in the path of a woman seeking an abortion before the fetus attains viability,'” Cornell’s Legal Information Institute (LII) project Oyez wrote.

Under Roe v. Wade and later Casey, viability was defined as a preborn baby’s ability to survive outside the womb. Live Action News previously documented that in 1973, this was thought to be anywhere between 20 and 28 weeks. The so-called “viability rule” was a political and arbitrary standard not based in science. Even SCOTUS justices have noted problems with a ‘viability’ standard for abortion.

After the Court heard Dobbs, multiple news outlets and pro-abortion advocates indicated the view that Roe was coming to an end.

“We are witnessing the end of Roe versus Wade,” a Nation headline read.

Noah Brandt, Director of Government Affairs for Live Action, explained the process: “For an opinion to rule, five justices of the nine on the Court must sign on to it. On the current Court, three Justices have made their pro-abortion stance clear and continued to advocate for that view during oral arguments: Breyer, Kagan, and Sotomayor. The other six indicated they would choose to uphold Mississippi’s law, but it is unclear how they may vote on overturning Roe in totality.”

“What’s the Supreme Court going to do about abortion? They’re not really going to overturn Roe versus Wade, are they? They can’t do that can they?” Kolbert began her TED Talk by asking. “I can’t tell you how many people have asked me questions like this in recent months.”

Kolbert, who argued two abortion cases at Supreme Court and defended abortion rights for 20 years, continued, “So, my answer is depressing but direct. Roe v. Wade will be dead within the year,” she claimed. “This Court is likely to overrule Roe and Casey or so undermine its meaning that it will be effectively unavailable for its use.”

The magic number is five

In her TED Talk, Kolbert confirmed that the magic number for SCOTUS is five. Since Casey allowed states to restrict abortion, Kolbert claimed that “in the following three decades, we’ve seen states pass hundreds of restrictions on abortion and the increasingly Conservative Courts uphold those restrictions. And, as a result, we’ve seen a dwindling availability of abortion,” Kolbert stated.

Of the Dobbs case, Kolbert said, “we are likely to see at least five justices overrule Roe and Casey and send the question of abortion back to the states… What’s going to happen when Roe and Casey are overturned? I’d guess that about half the states in this country will ban all or most abortions… Women will be forced to travel to the 15 states that are controlled by pro-choice legislatures and governors.”

“Other women will seek medication abortion using the internet or grey or black markets and subject themselves in some states to criminal prosecutions. Still other women will carry their unintended pregnancies to term. The bottom line is this is not a pretty picture,” she added.

Kolbert presented her idea of how to make sure abortion continues in the U.S. in the event that Roe is overturned:

“First, we’ve gotta build a badass social justice movement. Which means loudly crying for our rights… We know from watching the Black Lives Matter Movement and the Marriage Equality Movement that coalition is queen. We’ve got to find allies and work with them to make sure our rights are protected,” Kolbert said (emphasis added).

2. Elect pro-abortion ‘champions’ to Congress on state and federal level

“But, equally important — we’ve got to ensure that we elect… legislatures throughout the states and in Congress who are champions for Reproductive Health…. What you need to do is get politically active….” Kolbert suggested, later adding, “We need to elect champions for choice to the 500,000 elected seats in our government in this country. Everything from school boards to town councils to state legislatures, to Congress and the White House. All of those seats need to be controlled by champions to our cause…. And that can only happen if you get politically active… even run for office…”

3. Wrest the reins of Governmental power

“What would our world look like if we were able to wrest the reins of governmental power away from those who oppose abortion and allow an agenda that reflects reproductive freedoms and justice,” Kolbert asked. “In my world where we control the reins of power…we would make sure that abortion is affordable and available – no more bans – no more barriers – no more restrictions on funding. And medication abortion — the abortion pill — would be available, not just at Planned Parenthoods and the dwindling number of abortion clinics in this country but at pharmacies without a prescription, at walk-in health centers and on every college campus in the United States.”

“And if you had any doubt about the importance of getting politically active, we could also pass a Constitutional Amendment — what I call a Gender Equity Amendment — that would guarantee to all persons the ability to make decisions. Not just about abortion but about pregnancy, and marriage and sexuality and parenting. And it would be a permanent part of the United States Constitution,” Kolbert added.

Kolbert ended her talk by stating, “While dire, the end of Roe is not the end of the story. To paraphrase Joan Baez, the best antidote to despair is action…”

While it remains unclear how the Supreme Court will rule in Dobbs, advocates of abortion as well as the pro-life movement are beginning to prepare for the battle to turn to the state level.