Planned Parenthood claims 75 percent of its patients have incomes at or below 150 percent of the federal poverty level. Recent HHS rule changes put in place by the Trump administration regarding TitleX family planning funds threaten to remove tax dollars from Planned Parenthood as long as it continues to commit abortions in the same facilities where it dispenses birth control. Supporters of the changes argue that poor and low-income men and women should not be forced to visit abortion facilities in order to access health care, nor should taxpayer dollars be used to prop up abortion facilities. And that’s what has been happening, as this video explains.

Despite this, supporters of the abortion corporation falsely claim that if Planned Parenthood is defunded, Federally Qualified Health Centers (FQHC), as identified by the federal Health Resources and Services Administration (HRSA), would not be able to handle the influx of patients, a claim previously debunked.

There are vast differences between community health centers (which provide comprehensive health services to women and families) and Planned Parenthood, whose president called abortion the corporation’s “core mission.”

Planned Parenthood (PP) facilities have been decreasing nationwide, while FQHC sites are increasing: 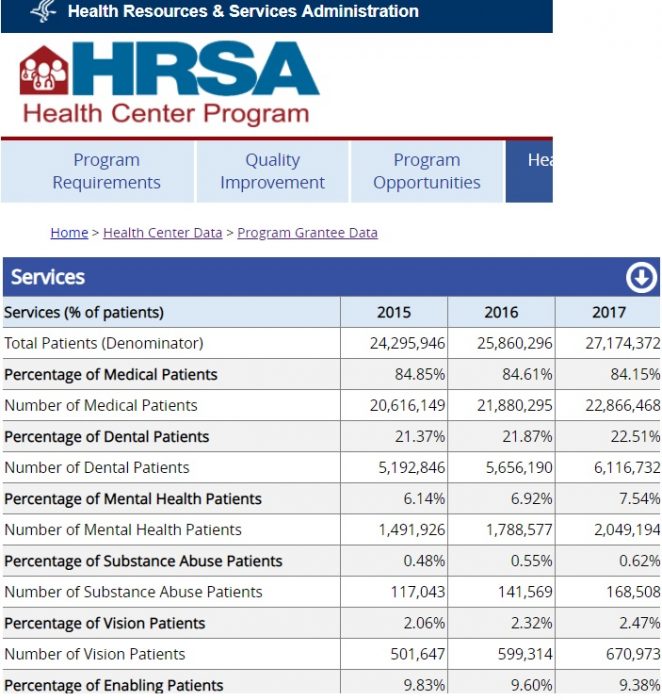 Planned Parenthood does not perform mammograms, while FQHCs do. Instead, PP offers manual breast exams.

At that time, FQHC sites outnumbered Planned Parenthood in counties that provide contraception in every state except Connecticut, Minnesota, and the District of Columbia.

Undercover investigations conducted by Live Action have revealed that abortion — not prenatal care — is the primary service Planned Parenthood offers to pregnant clients.

Watch the video below for more on what “adoption referrals” actually mean at Planned Parenthood:

Planned Parenthood masquerades as a primary health care organization, when they are actually an abortion corporation whose market share of reported abortions exceeds 35 percent of the national market share. It is time to divert funds from this abortion behemoth into life-affirming community health centers that can offer poor and low-income patients the comprehensive care that they deserve.