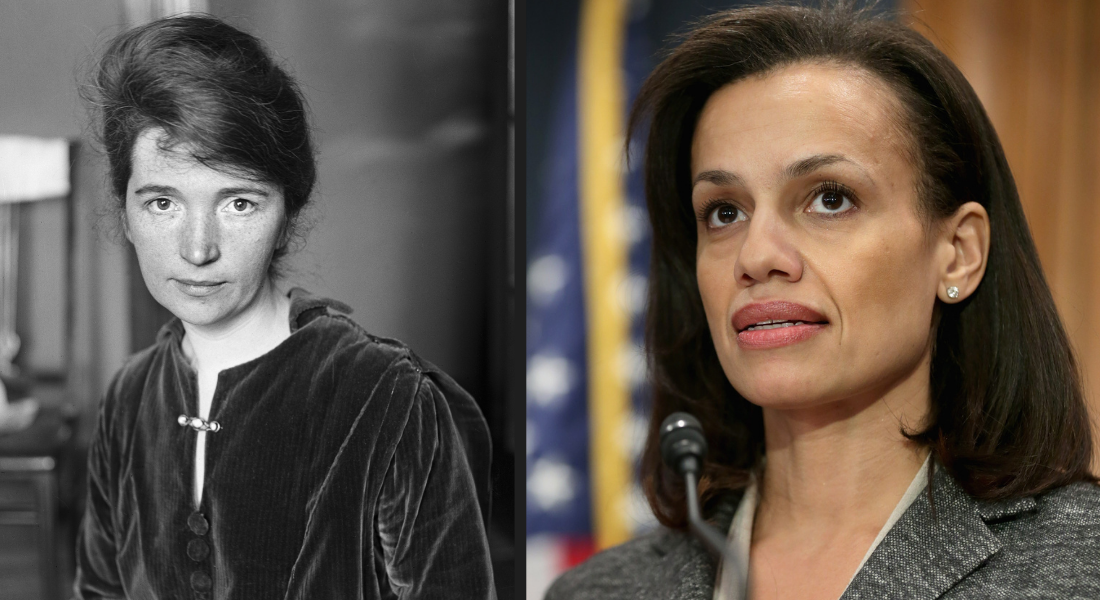 This week, Planned Parenthood President Alexis McGill Johnson wrote an op-ed for the New York Times, saying that the nation’s most profitable abortion chain would no longer make excuses for the racist, eugenicist beliefs of its founder, Margaret Sanger. The pro-life movement has long criticized Sanger’s beliefs, while Planned Parenthood not only made excuses for Sanger, but lauded her as a “trailblazer,” a “true visionary,” and a women’s rights hero. Fact-checking websites like Politico even ran interference, claiming that Sanger’s ideas weren’t all that bad, and she was a hero of “choice.”

McGill Johnson wrote, “Until recently, we have hidden behind the assertion that her beliefs were the norm for people of her class and era, always being sure to name her work alongside that of W.E.B. Dubois and other Black freedom fighters. But the facts are complicated.”

The facts, as McGill Johnson admitted, are that Sanger accepted a speaking invitation from the Ku Klux Klan, approved experimental testing of the birth control pill on Puerto Rican women without their knowledge or consent, and endorsed the Buck v. Bell Supreme Court decision allowing anyone deemed “unfit” to be sterilized against their will.

Yet even though McGill Johnson claimed to be done making excuses for Sanger, her condemnation was rather mild.

“We don’t know what was in Sanger’s heart, and we don’t need to in order to condemn her harmful choices,” she wrote. “What we have is a history of focusing on white womanhood relentlessly. Whether our founder was a racist is not a simple yes or no question. Our reckoning is understanding her full legacy, and its impact. Our reckoning is the work that comes next.”

Margaret Sanger had a much more extensive history affiliating with racists than a one-time speech to the Ku Klux Klan. Lothrop Stoddard, who believed that “non-white races must be excluded from America,” was the Exalted Cyclops of the Massachusetts chapter of the Klan and served on the board of Sanger’s American Birth Control League (the precursor to Planned Parenthood). Her associate Clarence Gamble — to whom she wrote about her infamous “Negro Project” — was an ardent advocate of eugenics, and was a director of both Sanger’s ABCL and Planned Parenthood boards.

Sanger notoriously argued that “undesirables” — such as minorities, the poor, the disabled, and the mentally ill — were “human weeds” who shouldn’t be allowed to “breed.”

McGill Johnson can make statements until the end of time about Planned Parenthood disavowing Sanger’s disturbing views. But the reality is that the abortion chain is living out Sanger’s goals every single day, regardless of how McGill Johnson tries to package it. Planned Parenthood consistently lobbies against laws that ban eugenic abortions, which target babies with disabilities for death. They’ve been caught on video acception racially-biased donations, while Black women who visit Planned Parenthood have complained that they have been pressured to be sterilized. Some sources also claim that Planned Parenthood intentionally places the majority of their abortion facilities in minority neighborhoods.

Planned Parenthood’s latest source of diversified income is providing hormone therapy for transgender patients, which can cause infertility.

READ: SHOCK: Just 3% of women of reproductive age in the U.S. go to Planned Parenthood

Beyond committing abortions, Planned Parenthood has been found to have repeatedly discriminated against even their own employees for their race, and even for choosing to have children. Hundreds of former employees have accused Planned Parenthood of systemic racism and of embracing white supremacy, which affected both staffers and patients alike.

Employees claimed Planned Parenthood of Greater New York (PPGNY), for example, put into place “a revenue-driven, assembly-line approach to PPGNY clinics – one that put patients, and in particular Black and other patients of color, at potential risk.” Planned Parenthood staffers would allegedly also visit schools where the majority of students were Black, or other minorities, and pressure them to receive long-term contraceptives like IUDs. “You’re talking about public schools where black and brown children are because they’re so hypersexual and need to be controlled? It’s a direct link to the history of forced sterilization,” former employee Michelle Adams said in an interview with Jezebel.

Planned Parenthood staffers who were pregnant have said they received no allowances for their condition, claiming they were forced to work long shifts, on their feet for hours and with few breaks. One staffer was harassed into coming back to work from maternity leave early, even though she had given birth prematurely. Others also said they faced discrimination, simply for being pregnant — ranging from managers refusing to hire pregnant women, and staffers feeling pressured to never get pregnant. Most Planned Parenthood facilities reportedly do not provide maternity leave.

McGill Johnson can disavow discrimination, but it’s still happening within her organization.

McGill Johnson claims that Sanger’s reckoning lies in the work that comes next. This is very true. Planned Parenthood, if sincere, could truly leave this mindset behind, and embrace actual health care. They could help Black women overcome the injustices and obstacles that lead them to feel their only option is to have an abortion, and empower them to keep their children. They could provide prenatal, pregnancy, and postpartum care to low-income women. They could use this moment to truly make a difference, and leave Sanger’s legacy behind, once and for all.

But this seems unlikely to happen. After all, former Planned Parenthood president Dr. Leana Wen was fired for hoping to focus less on abortion and more on legitimate health care. Any talk of abandoning Margaret Sanger’s dangerous beliefs is meaningless when Planned Parenthood is fulfilling her ideals every single day.