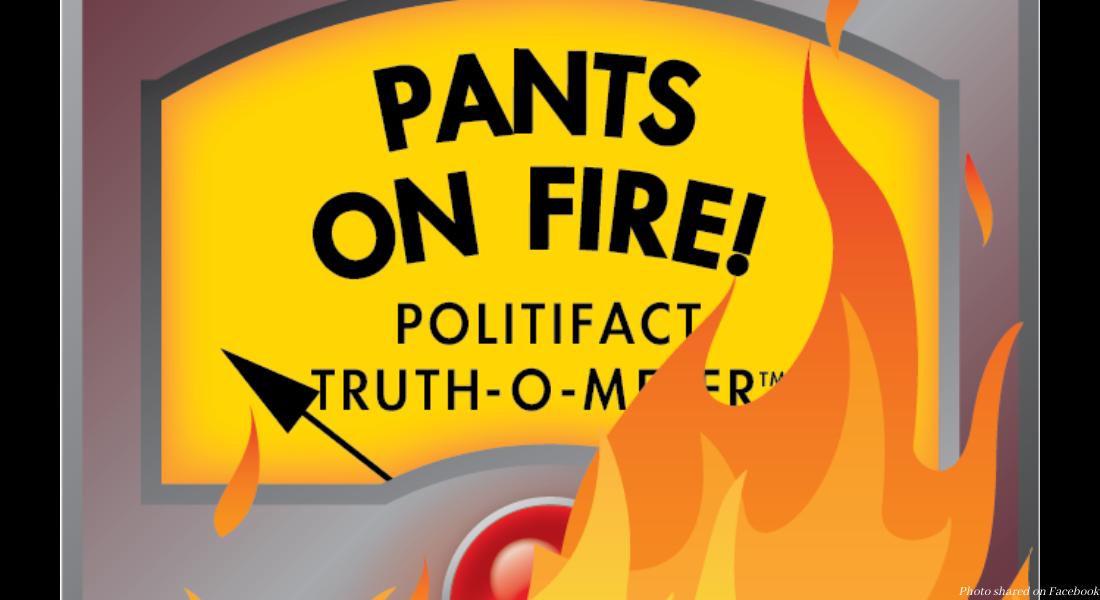 Over the years, the left-leaning fact-checking website Politifact has denied that Planned Parenthood is an abortion business, has claimed abortion survivors are adequately protected, and has done nothing to hide its pro-abortion bias. In the most recent example, days after Planned Parenthood of Greater New York officially disavowed founder Margaret Sanger’s history of racism and eugenics, Politifact has yet to retract its previous fact check labeling reports of Sanger’s racist beliefs as “false.”

In 2015, Politifact fact checked to Ben Carson’s statement, “Margaret Sanger was a eugenicist. She believed that people like me [Black Americans] should be eliminated, or kept under control.” Not only did Politifact rate this claim as “false,” but also tried to make the argument that Sanger’s eugenic beliefs were fashionable and mostly harmless.

“Sanger was indeed a believer in eugenics, but the basic concept that humanity could be improved by selective breeding was an article of faith for many in the years before World War II,” Politifact asserted, adding that numerous influential people were also eugenicists. “It’s a far cry to equate eugenics with advocating the elimination of black people.”

Politifact claimed Sanger was not racist and portrayed her as a valiant crusader for public health. “Sanger was indeed a birth control activist, which means that she wanted women to be able to avoid unwanted pregnancies,” the fact checker said. “She worked for women of all classes and races to have that choice, which she believed to be a right.”

Now, five years later, at least one Planned Parenthood affiliate is acknowledging its own founder’s racism, and how her legacy has harmed people of color.

“The removal of Margaret Sanger’s name from our building is both a necessary and overdue step to reckon with our legacy and acknowledge Planned Parenthood’s contributions to historical reproductive harm within communities of color,” Karen Seltzer, Board Chair for PPGNY, said in a statement announcing the decision to remove Sanger’s name from its Manhattan facility. “Margaret Sanger’s concerns and advocacy for reproductive health have been clearly documented, but so too has her racist legacy. There is overwhelming evidence for Sanger’s deep belief in eugenic ideology, which runs completely counter to our values at PPGNY. Removing her name is an important step toward representing who we are as an organization and who we serve.”

READ: Planned Parenthood has never been serious about ‘reckoning’ with its ‘racist history’

Of course, removing Sanger’s name from a building does not erase the fact that her vision to reduce certain populations is being carried out by Planned Parenthood to this day.

Despite Politifact’s claims that Sanger was not racist, Sanger had troubling views towards Black Americans, the poor, and the disabled. Sanger spoke to the Ku Klux Klan, allied herself with white supremacists (like Massachusetts Ku Klux Klan member Lothrop Stoddard), and even pioneered a “Negro project,” in which she wrote of wanting to hire Black ministers and doctors to better convince the Black community to adopt her organization’s views. “We don’t want the word to go out that we want to exterminate the Negro population, and the minister is the man who can straighten out that idea if it ever occurs to any of their more rebellious members,” she wrote.

Now, with even a Planned Parenthood affiliate admitting Sanger’s racism, there should be no excuse, and Politifact should issue a correction.

“PolitiFact is likely too stubborn to admit that they got it wrong, but what further proof do they need when Planned Parenthood itself is finally admitting their founder is a racist?” the Susan B. Anthony List said in a statement to the Washington Free Beacon. “The media gave Planned Parenthood a pass on this for decades, despite mounds and mounds of evidence to the contrary.”