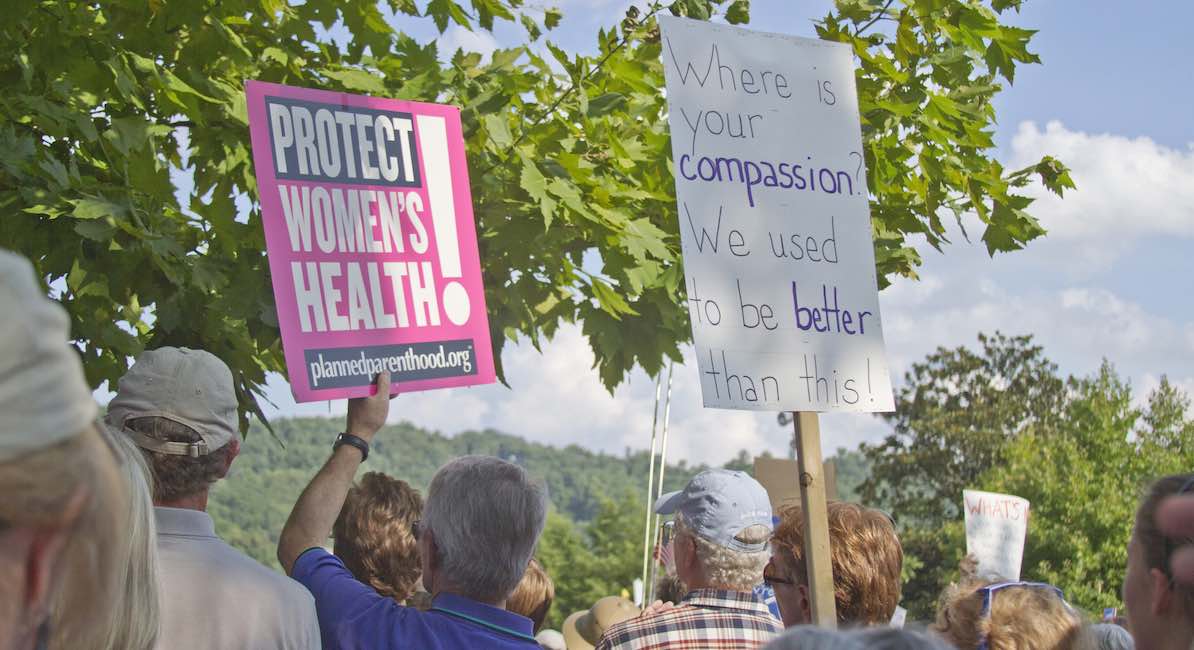 Planned Parenthood masquerades as a “health care organization” but data released from the organization’s 2018-2019 annual report calls this into question. The report makes clear that Planned Parenthood’s number one focus is abortion, and shows that it has increasingly garnered a massive amount of the total number of abortions committed in the U.S. (market share), committing the largest number of abortions on record in a single year in 2018. What the data also reveals is that Planned Parenthood serves only a small percentage of female clients in the U.S., and still performs less than one percent of the nation’s Pap tests and two percent of the nation’s breast cancer screenings (not mammograms).

For years, Planned Parenthood has been propped up as a “women’s health” organization, yet it serves a very small percentage of female clients annually. Planned Parenthood reports show 2.4 million clients annually in 2015, 2016 , 2017 and again in 2018, despite declining nearly 23 percent (22.58%) from the 3.1 million it served in 2006, and 20 percent from the three million clients it claimed to serve just ten years ago (2008).

In contrast, between 2015 and 2018, federally qualified health centers (FQHC) – as identified by the federal Health Resources and Services Administration – serve tens of millions of women annually and have increased their patient load by nearly 17 percent (16.81%).

Planned Parenthood’s male clients are increasing. In 2014, Planned Parenthood reported serving more than 250,000 male patients. In 2018, a PP spokesperson told The Hill that men were “12 percent of the population that we serve.” In 2018, PP failed to break down the number of male and female clients in its report. However, based on the above data, we estimate:

According to a 2018 report published by the CDC, 69 percent of women aged 18 and over had a Pap test within the past three years. The number of physician office visits during which Pap tests were ordered or provided in 2016 was 22.6 million, according to an analysis by the National Ambulatory Medical Care. However, due to 2018 population data increases we estimate that Pap tests were closer to 29.5 million in 2018.

According to the CDC, 65.3 percent of women aged 40 and over had a mammogram within the past two years, and the number of physician office visits during which Pap tests were ordered or provided was 17.3 million, according to a 2016 analysis by the National Ambulatory Medical Care. However, Planned Parenthood does not own mammography machines, according to a medical device database updated weekly by the Federal Drug Administration’s list of certified mammography facilities (updated 1/6/2020), and performed zero mammograms in 2018.

Planned Parenthood provides less than one percent of prenatal care services in the U.S.:

There were 22.5 million prenatal visits in the U.S., according to a 2016 analysis by National Ambulatory Medical Care, which means that Planned Parenthood provides less than one percent (.0004%) of prenatal services in the U.S. — and as Live Action has previously shown, these are primarily referrals for care.

While abortions have been decreasing nationwide, abortions at Planned Parenthood are increasing. Live Action News has previously documented that:

As a result, PP now garners 40 percent of the abortion market share.

While Planned Parenthood is ratcheting up its abortion services and stacking up on “excess revenue,” it also inexplicably lost 400,000 donors in 2018. Live Action News previously documented, the corporation saw a nearly $53 million increase in taxpayer dollars, from $563.8 million (2017) to $616.8 million (highest amounts recorded in recent years) in 2018. And, since 2008, taxpayer dollars to Planned Parenthood have increased by nearly 70 percent (69.82%) from $363.2 million in 2008. This has resulted in PP taking in excess revenue of $110 million in 2018 — and PP’s net assets totaled nearly nearly $2 billion that year. Since 2000, despite PP’s steep decline in health services, it has managed to bring in over $1.5 BILLION in excess revenue.