As previously reported by Live Action News, Slate tech writer April Glaser recently claimed that Live Action’s Abortion Procedures videos are inaccurate. She stated that she “emailed YouTube… asking why anti-abortion videos saturated the search results for ‘abortion’ and if the platform thought accurate, health-focused information had a place there.” However, Glaser showed no indications of concern about the accuracy of any videos from pro-abortion organizations. If Glaser were truly as concerned about the “more than 1.8 billion people look for information on YouTube every month” as she claims, perhaps the tech writer should have scrutinized videos created by Planned Parenthood, which has been caught in a number of abuses, including covering child sexual abuse, and was most recently outed by the New York Times for discriminating against its own pregnant employees.

Glaser’s headline — using the typical pro-abortion way of referring to pro-lifers as “anti-abortion” — accuses pro-lifers of showing women “exactly what [they] want them to see” about abortion. But this describes abortion industry leader Planned Parenthood far more accurately, as the abortion giant lies to women and has even coerced them into abortion.

Planned Parenthood’s medication abortion and in-clinic abortion videos refer to the child in the womb as “the pregnancy” and depict the growing human life as a dot (image below, left) even though, in a separate section of its own website (image below, right) the abortion corporation notes that from 7 to 8 weeks…

Planned Parenthood’s medication abortion video also doesn’t mention potential serious complications, despite the fact that, according to the FDA, the abortion pill regimen has caused the deaths of nearly two dozen women and the hospitalization of thousands more. 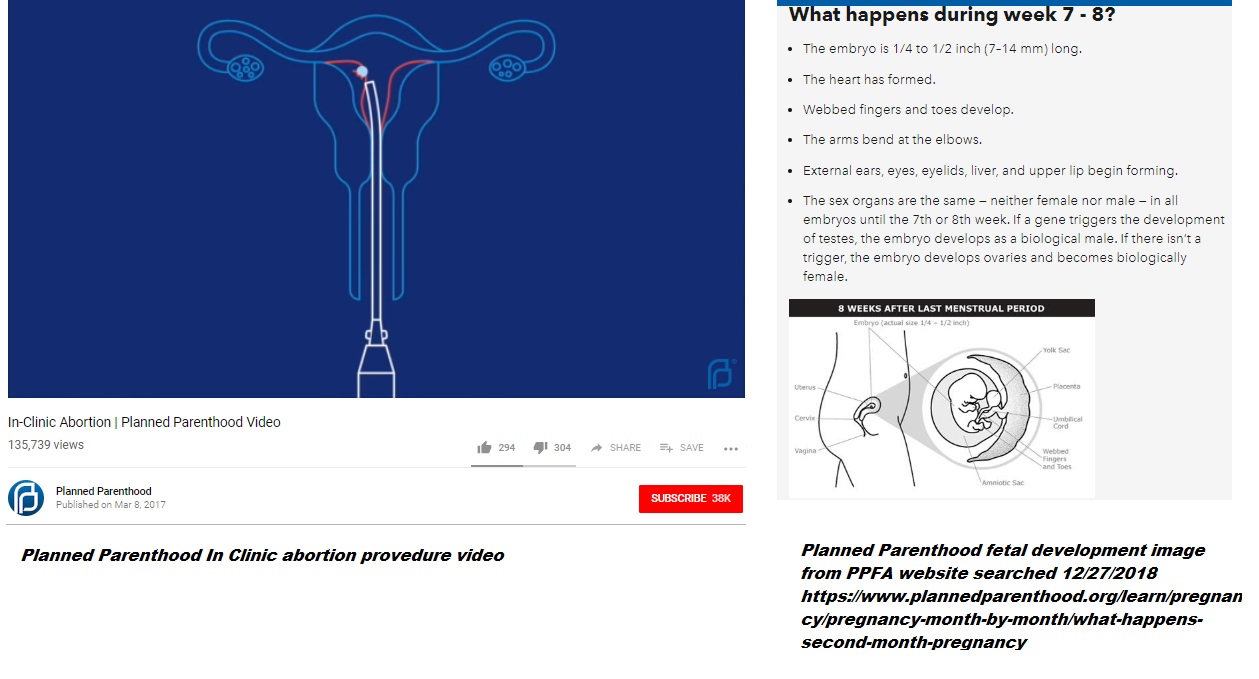 Instead, Glaser goes after pro-life videos, specifically ones involving former abortionist Dr. Anthony Levatino, whose name she misspelled as “Antony.” Dr. Levatino is a board certified obstetrician-gynecologist with 40 years of medical experience who has taught as associate professor of obstetrics and gynecology at Albany Medical Center. In the early part of his career, he committed over 1,200 abortions.

In what in what appears to be abortion activism masquerading as journalism, Glaser then sets her sights on Live Action’s Abortion Procedures videos, writing:

…[I]n addition to several misleading animations that showed a fetus that looks like a sentient child in the uterus… The animation showing an abortion in the first trimester depicts a fetus with extended arms and legs and fully formed facial features, but neglects to note that, according to the Centers for Disease Control and Prevention, about two-thirds of first-trimester abortions happen within the first eight weeks of the pregnancy, when according to the Mayo Clinic, the embryo has formed buds and is only about a half-inch long.

But she’s wrong; the videos aren’t misleading. Two of the videos focus on first trimester abortions, both narrated by Dr. Levatino. Here’s the one on the abortion pill:

This medical abortion procedure video states, “This is a procedure in which a mother swallows pills in order to terminate her baby, and it is performed up to the tenth week of pregnancy.”

From the screenshot below, it can be seen that the video accurately depicts an image of a baby at eight weeks gestation (left image, below), the same age Glaser seemed to suggest was not mentioned in the videos. The lower right image of a baby at the same age is depicted by the American College of Obstetricians and Gynecologists (ACOG) in its 6th edition book, “Your Pregnancy and Childbirth Month to Month.”

And here’s the video on a first trimester surgical or “aspiration” abortion, which Dr. Levatino says is “used typically from five to thirteen weeks of pregnancy.”

The video shows an accurate depiction of a fetus at 11 weeks (left image, below) compared to one from the same ACOG book previously mentioned (right image, below).

Glaser continued, “The video then transitions to bullet points outlining the serious risks of getting the procedure, but doesn’t add that major complications are extremely low, and occur less than one-quarter of 1 percent of the time.” 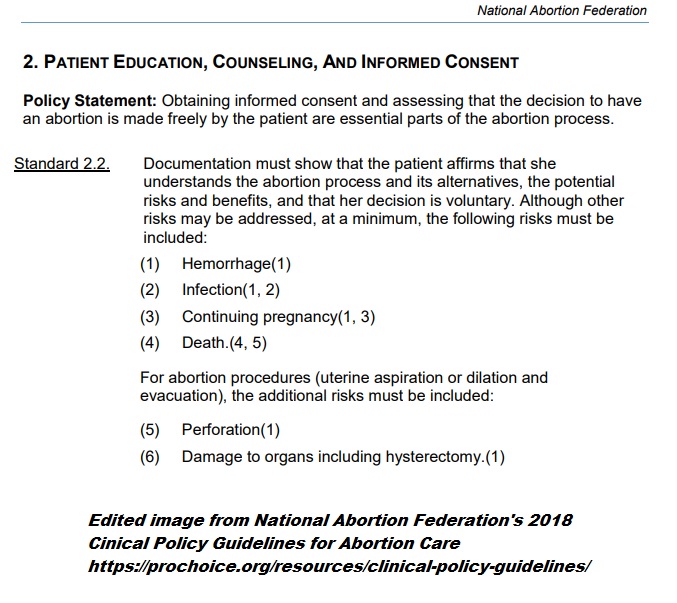 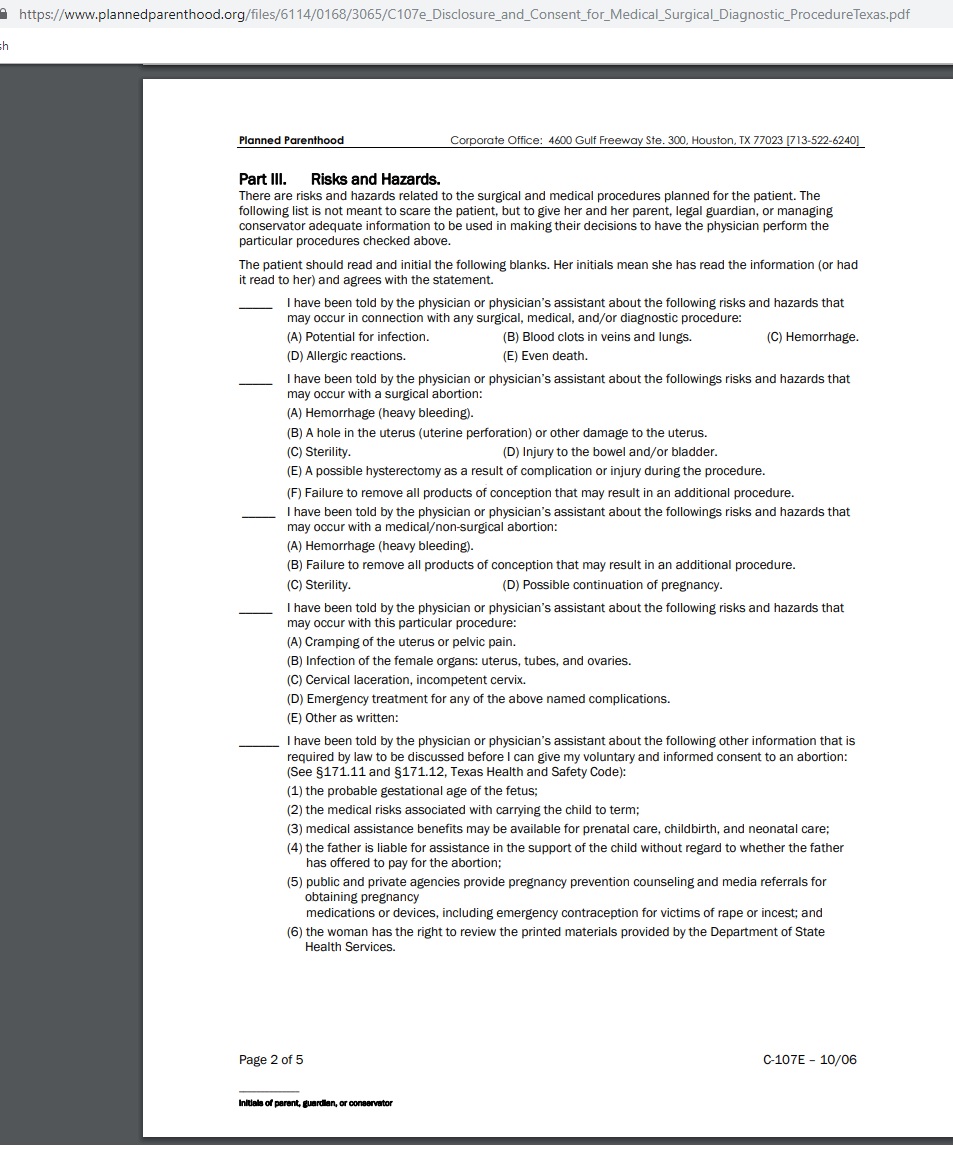 This Planned Parenthood medical abortion consent form tells patients, “In the unlikely event that you need emergency medical care that cannot be provided at Planned Parenthood, you will be responsible for paying for it” after telling patients that it is “very safe.” 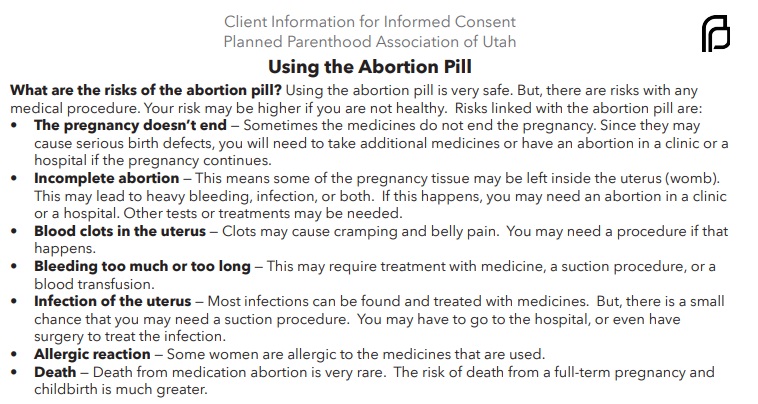 Live Action’s Abortion Procedures videos have been viewed more than 100 million times — but now, because one tech writer decided she didn’t like looking at pro-life videos, women seeking truthful information about abortion will be forced to comb through inaccurate pro-abortion videos — like the Planned Parenthood videos mentioned above — to find it.

Perhaps that was the goal all along.