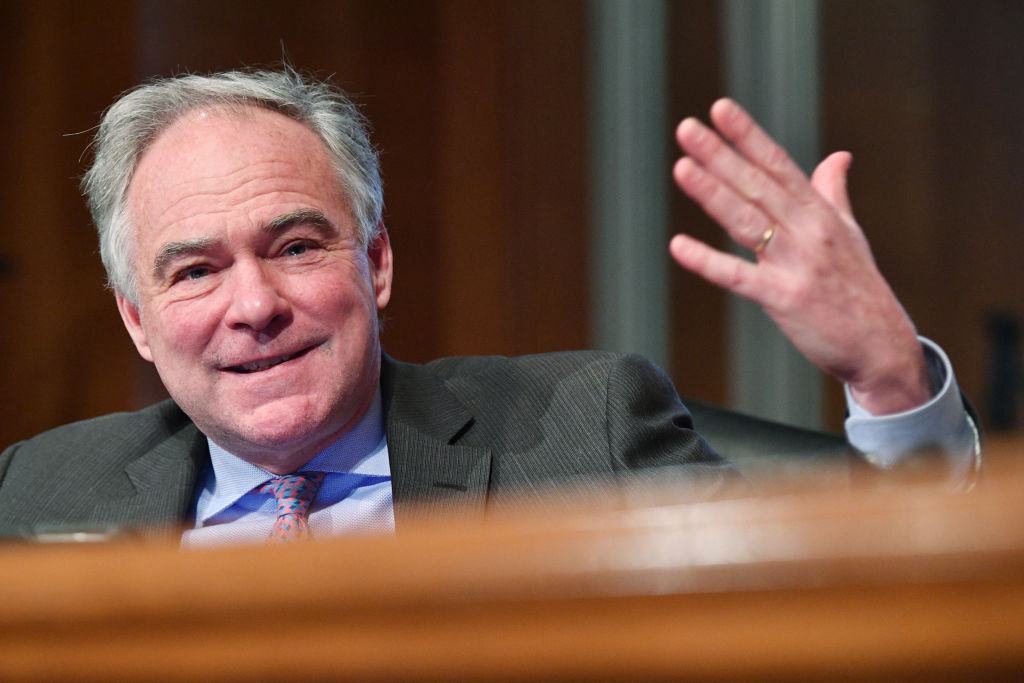 Senator Tim Kaine (D-Va.), a professed Catholic, penned an op-ed for the progressive-leaning National Catholic Reporter on May 19, comparing the Catholic Church’s stance on abortion to Muslim Sharia law — a system of ‘justice’ which some insist is simply misunderstood, although even CNN has admitted, “Some of [Sharia’s] harsher versions can demand women clad in all black, adulterers being stoned and thieves getting their hands cut off.”

Culture of life vs. Sharia law

According to Kaine, the Catholic Church’s doctrine on the immorality of abortion (killing a human child in the womb) and its efforts to end abortion are equal to a system that urges women to be masked in public, that bans adoption, that states Muslims may not marry non-Muslims, and even assigns the death penalty individuals involved with certain acts. Sharia law reinforces the idea that women are inferior to men, according to laws.com, and states that if a woman becomes pregnant due to rape, she shall be sentenced to death by stoning. Here’s what Kaine had to say:

Of course, any church can set conditions on the behavior of its members. So Biden and most of us do our best, as imperfect people, to follow church rules in our own daily lives. But bishops demanding that Catholics in public life not only live according to church doctrine but additionally shape the law, even to include the threat of criminal prosecution and punishment, to enshrine church doctrine on sexuality as mandatory for all Americans is contrary to our basic liberty. Why would government require that Catholic sexuality doctrine, or Sharia law, or Orthodox Jewish rules about Sabbath observance, be followed by all?

Turning to the spiritual dimension, a decision by U.S. bishops to elevate issues of human sexuality, however important, above all others seems contrary to the Gospel. No reading of the life of Jesus would suggest these issues as his primary, or even secondary, concern. His towering message is about love of neighbor as oneself with a special focus on the poor, sick, hungry, marginalized.

But Kaine misses the point. Abortion is not a mere issue of sexuality. The Church isn’t asking the U.S. government to outlaw sex before marriage or even birth control, which it also teaches are immoral acts. Abortion is the direct and intentional killing of innocent human beings. That is what the Catholic Church is asking Catholic politicians to oppose.

The government has a responsibility to protect all of its people — including those living inside their mothers’ wombs. The goal of outlawing abortion would not be “to enshrine church doctrine on sexuality as mandatory for all Americans.” Not all who oppose abortion are Catholic — pro-lifers belong to many varied religions, and some even consider themselves pagans or atheists. So to say that restricting abortion puts one faith above all others is erroneous.

The Biden Administration is working to ensure that federal taxpayers are forced to fund the deaths of underprivileged women’s children, in what can only be described as government-sanctioned killing. In addition, abortion is legal up until birth in the U.S., allowing the abortion industry to destroy children with disabilities which are often not diagnosed until the second or third trimester. And though intentionally killing a child in the womb is never necessary for medical reasons — not even to save the mother’s life — abortion advocates continue to mislead Americans into believing that it is.

Many have accused the abortion industry of targeting Black babies by positioning itself primarily in minority neighborhoods. Rather than helping the poor, this is targeting poor human beings for destruction. Instead, society should be helping women and families and allowing them to have and love their babies regardless of their life circumstances. But the latter are the goals and aims of the pro-life movement and the Catholic Church — not of the abortion industry.

Furthermore, to compare being pro-life to being in favor of laws that have allowed women to be stoned to death is nonsensical. The Catholic Church isn’t calling for the deaths or mistreatment of women or anyone, but rather for an end to the violent act of abortion that harms women, children, and men. Abortion, like Sharia law, treats women as if they are inferior and unworthy. The pro-life movement believes women can do anything they put their minds to, and offers tangible help to support them.

Abortion kills preborn children and can cause physical and emotional suffering for women. According to one study, 73% of women who sought post-abortive care said they felt some form of pressure to abort. In addition, women who have undergone abortions are at an increased risk of depression, alcohol and drug abuse, and suicide. Many women have publicly shared their grief, but abortion advocates routinely meet their stories of regret with denial or silence.

Nearly all pro-life laws state that women will not face charges for undergoing illegal abortions. Kaine and other abortion supporters rarely mention this.

Kaine also made a point to speak about the recent decision by the U.S. Conference of Catholic Bishops to consider forbidding actively pro-abortion politicians from receiving the Eucharist (Communion), which Catholics believe to be Christ himself through the miracle of transubstantiation. Here’s what he had to say:

Bishops contemplating a declaration that some public officials are unworthy to receive Communion should recall that, by church doctrine, no one is worthy to receive Communion, even those in the hierarchy who administer it! None of us is worthy, but through the grace of God, we seek the sacrament to be healed and grow stronger in our faith. A decision to deny Communion to some public officials would convert a sacrament of, by and for the unworthy into an indulgence, whereby a self-elevated clergy decides who to confer with favor at the altar.

I return to Francis (echoing St. Ambrose and St. Cyril of Alexandria): “The Eucharist, although it is the fullness of sacramental life, is not a prize for the perfect but a powerful medicine and nourishment for the weak.”

Abortion is a mortal sin under Catholic teaching because it intentionally kills innocent humans. Anyone who is Catholic and participates in abortion — and this certainly includes promoting it by upholding it in law as Kaine and other pro-abortion lawmakers do — is therefore participating in mortal sin. Receiving the Eucharist in a state of mortal sin is in and of itself a mortal sin. Bishops would be failing to lead their flock if they continued to let individuals whom they know are in a state of mortal sin continue to receive the Eucharist. Not only would this put souls like Kaine’s at further risk, but it sends other Catholics the wrong message — that our sins don’t matter.

The Eucharist is “a powerful medicine and nourishment of the weak,” but the medicine for sin, according to Catholic teaching, is the Sacrament of Reconciliation. Through Reconciliation (Confession), Catholics are absolved of their sins and are to go forward trying not to sin any longer. Kaine, even if he has confessed his support for abortion to a priest, continues to support abortion. Therefore, he is further enabling the deaths of innocent humans and allowing women, men, and abortion workers to be put on a dark path.

But the Archbishop of her own diocese, Salvatore J. Cordileone, responded to her comment letting her know that the letter from the Vatican she referenced told the U.S. bishops that “Catholics prominent in public life who advocate for practices that are gravely evil” — such as abortion — need to be addressed, and said that the bishops should refer to a private letter in 2004 from then-Cardinal Ratzinger.

That private letter states that advocating for abortion is formal cooperation in grave sin. It also calls on the bishops to speak with pro-abortion Catholics who are prominent in public life to help them understand that they are participating in mortal sin, in hopes of changing their minds. If they do not succeed in changing their minds, the bishops must then declare that those individuals are not to receive the Eucharist.

Kaine, Pelosi, and President Biden are not simply letting Americans live their lives by allowing abortion on demand. They are promoting the destruction of human life both physically and spiritually by propping up businesses like Planned Parenthood, which in turn financially supports their political careers.