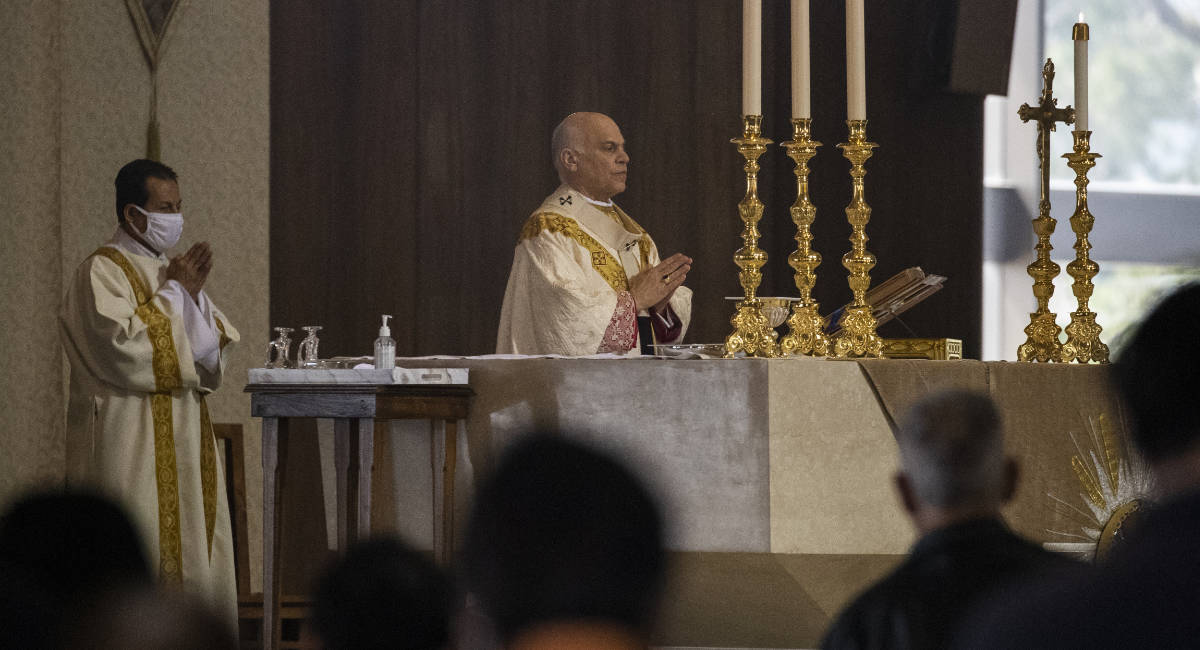 The Most Rev. Salvatore J. Cordileone released a 17-page pastoral letter on May 1 titled, “Before I Formed You in the Womb I Knew You: A Pastoral Letter on the Human Dignity of the Unborn, Holy Communion, and Catholics in Public Life.” The letter calls for Catholics in public life to reflect on the evil of abortion and the meaning of receiving Holy Communion.

“A compassionate, inclusive society must make room at the table for the most defenseless, and it should help a woman to keep her unborn child, not kill her or him,” the archbishop writes. “If you find that you are unwilling or unable to abandon your advocacy for abortion, you should not come forward to receive Holy Communion.”

Although the archbishop did not specifically name anyone, the letter may have implications for one of the most notable public figures in the archdiocese: Nancy Pelosi, a California Democrat and high-profile Catholic who has long supported abortion in contradiction to the teaching of the Catholic Church.

Live Action News previously reported in January that Pelosi appeared on the podcast, “You and Me Both with Hillary Clinton,” and said it gives her “great grief as a Catholic” when pro-lifers put the right to life of preborn human beings ahead of other issues.

“[Y]ou take the abortion issue — and many of these people are very good people; that’s just their point of view,” Pelosi said. “But they were willing to sell the whole democracy down the river for that one issue.”

In the letter, the archbishop also emphasized the importance of bishops articulating to their communities the Catholic Church’s clear stance on abortion and reminding public figures that they will be held responsible by God for the “innocent blood that has been shed.”

“When public figures identify themselves as Catholics and yet actively oppose one of the most fundamental doctrines of the Church — the inherent dignity of each and every human being and therefore the absolute prohibition of taking innocent human life — we pastors have a responsibility both to them and to the rest of our people,” Cordileone said.

The letter emerges on the heels of a heated debate over barring President Joe Biden from receiving the sacrament. On the campaign trail in 2019, Biden was reportedly denied Communion at a South Carolina church over his pro-abortion stance.

While the archbishop sent a clear message on the Catholic Church’s position on abortion, he also conveyed hope to those Catholics who turn away from their support of abortion in favor of choosing to protect the human dignity of every person, especially of innocent preborn children.

“To those who need to hear this message clearly: Turn away from evil and return home to the fullness of your Catholic faith,” Cordileone writes. “We await you with open arms to welcome you back with joy.”

The U.S. Conference of Catholic Bishops will discuss the issue of barring pro-abortion public figures from receiving the Eucharist during their next national meeting in June.