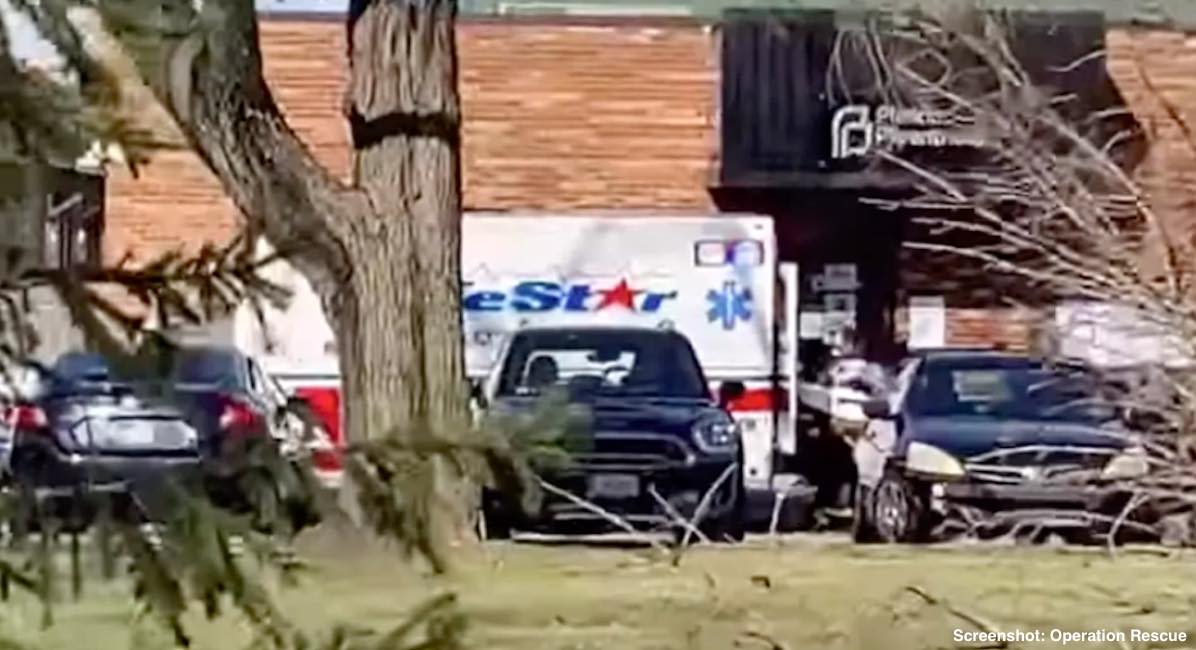 A central Illinois Planned Parenthood called 911 for the 2nd time in 19 months on November 19, 2020. Operation Rescue was able to obtain limited 911 records as well as a redacted NFIRS (National Fire Incident Reporting System) form, despite the fact that Illinois’ sweeping abortion legislation in the summer of 2019 removed many safeguards for abortion facility accountability and transparency. Prior to changes in Illinois’ abortion law, reports included significantly more information. However, Operation Rescue was able to ascertain that the call was for an 18-year-old abortion patient.

The young woman hit her head after fainting and was “not alert” at the time of the 911 call, and it is not known whether the incident happened before or after the abortion. Video footage provided by Springfield Right to Life shows a person being wheeled out on a gurney and loaded into the waiting ambulance:

This Planned Parenthood center’s previous 911 call was placed on April 18th, 2019, for a young woman undergoing an abortion at 11 weeks who experienced an unspecified medical emergency requiring transport to a local hospital.

Just this year, an Illinois abortion provider’s medical license was suspended after a pro-life watchdog group alerted authorities that he had failed to disclose formal discipline against his medical license in another state at the time of his Illinois license renewal. Such disclosure is mandated by law. In mid-October, a troubled abortion facility along the Illinois-Missouri border injured two women within just days of each other, following two other injuries six weeks apart earlier in the year. The same facility has “previously been cited for numerous health violations.” Another Illinois abortion facility, in the Chicago suburb of Flossmoor, has called 911 for four different patients this year, including on back to back days in May. A second suburban abortion facility, this one in Aurora, Illinois, called 911 in late May for an unresponsive post-abortion patient. Also in May, while the rest of the country was shutting down to minimize the spread of COVID-19, Planned Parenthood opened a new abortion facility in Waukegan, Illinois.

Despite the clear need for increased safety standards, accountability, and enforcement, Illinois’ abortion industry shows no signs of self-correcting. Among the components of the egregious 2019 law:

So long as the lax legal atmosphere in Illinois continues, many more women will suffer at the hands of Illinois abortion providers.