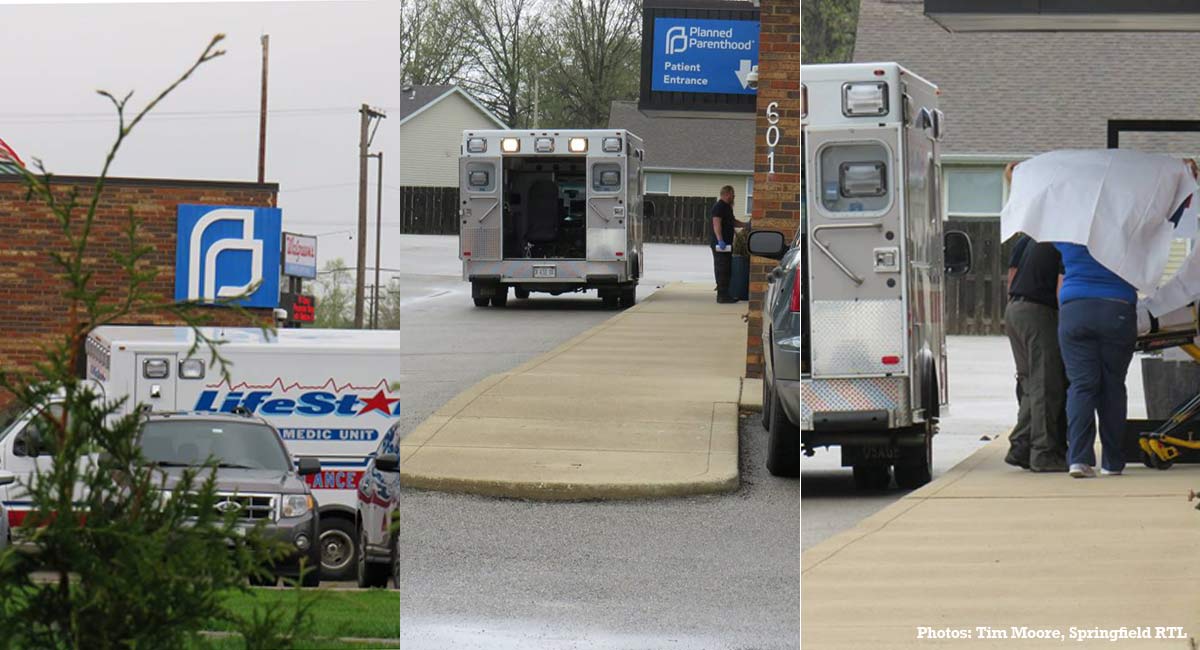 While Christians across the world were observing Holy Thursday, business as usual carried on inside abortion facilities across the country while pro-lifers kept vigil on the sidewalks outside. Around noon, pro-lifers praying outside the Planned Parenthood in Springfield, Illinois, one of 18 Planned Parenthood centers in the state, were shocked when an ambulance pulled up to the abortion facility’s patient entrance. Moments later, a person covered by a sheet was wheeled out on a gurney.

Video footage taken by Tim Moore, president of Springfield Right to Life, suggested that the victim was a patient since the person was not wearing shoes. A Freedom of Information Access request was filed with the Sangamon County Central Dispatch System Manager and FOIA Officer to determine the reason for the 911 call, and it was later learned that the person on the gurney was an abortion patient who was 11 weeks pregnant. She was suffering from chest pains, shortness of breath, dizziness, and nausea. She was conscious at the time, and it is unknown if she began experiencing these symptoms before or after her abortion.

Springfield’s Planned Parenthood commits abortions up through 19 weeks and 6 days of pregnancy — well into the second trimester — according to its website.

As previously reported by Live Action News, Illinois’ legislature is currently considering sweeping bills in the House and Senate that would repeal the few abortion restrictions Illinois has and dramatically expand abortion access. Considered “more extreme” than New York’s recently passed abortion law, this legislation would repeal Illinois’ only meaningful abortion restriction: parental notification of a minor’s intent to have an abortion. It would also allow for the criminal prosecution of doctors, nurses, and other medical professionals who refuse to participate in abortions. It would mandate coverage of abortion by every private insurance program in the state, allow non-doctors to commit abortions, allow grotesque partial-birth abortions, and more. In an unprecedented show of unity, all six Illinois Catholic bishops met with legislators in Springfield at the end of March to oppose this “extreme abortion legislation.”

Illinois’ extreme abortion bills would not benefit women, or make it safer for women; they would simply make the abortion industry in Illinois more profitable.