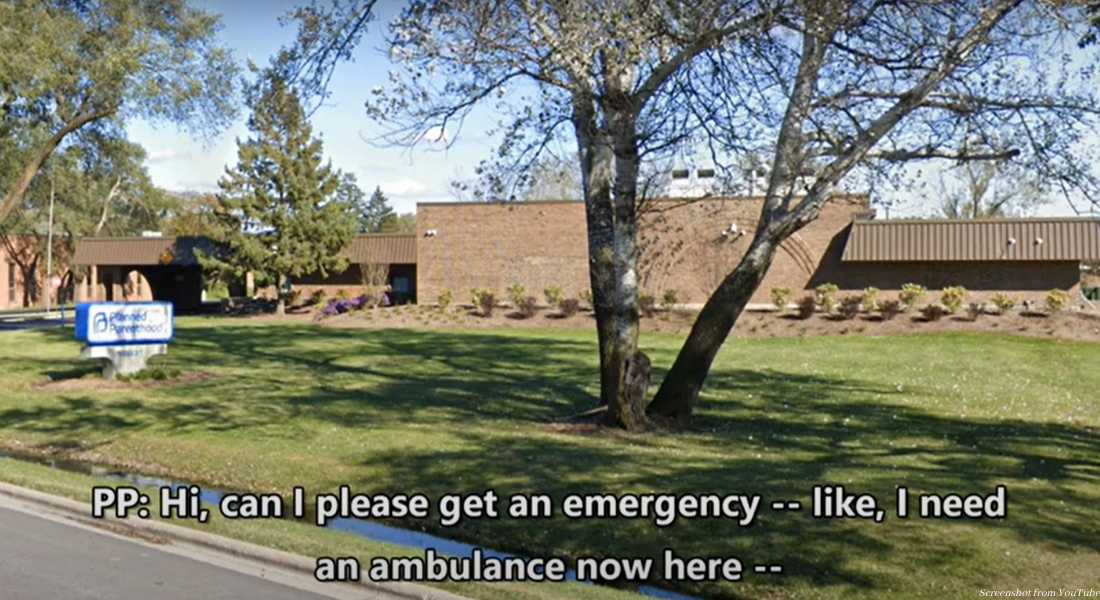 An Illinois Planned Parenthood facility made two frantic 911 calls last month after a woman suffered what seems to be a botched abortion. Staffers repeatedly begged the dispatcher to send an ambulance for a patient they said was bleeding out.

Audio of the 911 calls were released by Operation Rescue, in which the Planned Parenthood facility in Flossmoor, Illinois, explained the emergency.

“A patient is bleeding out,” a staffer said, sounding calm in the first call. The staffer repeatedly had to ask for more information from someone else at the facility, verifying that the patient was 25, and was sedated. While that staffer seemed unconcerned about the emergency, the second call seemed much more panicked.

The patient was taken to Advocate South Suburban Hospital, three miles away. Nothing is known at this time about the extent of her injuries or her condition after receiving emergency medical care.

“This Planned Parenthood was said to be a state-of-the-art abortion facility when it was built a couple of years ago, yet they can’t seem to keep their abortion clients out of the emergency room,” Operation Rescue President Troy Newman said. “This shows yet again that abortion is not safe and carries more risks than Planned Parenthood wants women to believe. Women risk their health and even their lives when they walk through the doors of an abortion facility.”

Earlier this year, two women were injured two days in a row at the same Flossmoor facility. The first woman was taken away in a private ambulance, so 911 records were not available, but staff called 911 for the second woman, who was suffering from a possible perforated uterus. Another woman was injured and taken to a hospital in January, meaning at least four women have been injured at this location in 2020 alone.

Abortion advocates repeatedly claim that abortion is “safer than childbirth” for women. Yet this has proven to be false — and numerous women are injured at abortion facilities across the nation and sometimes die as a result, every single year.