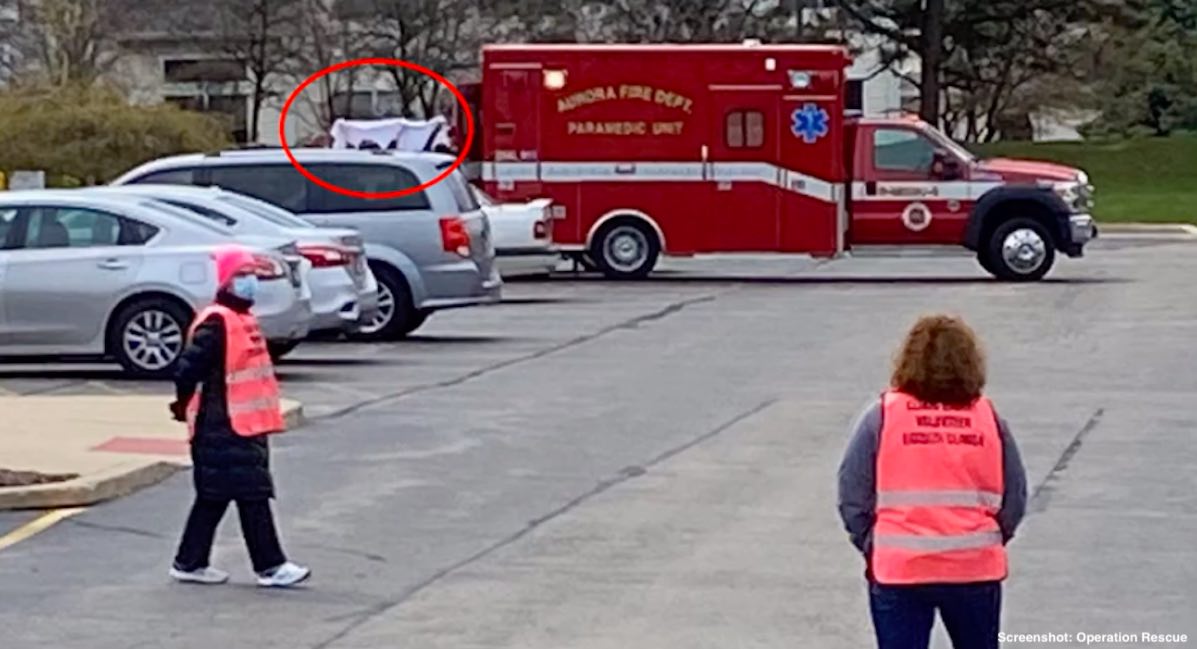 The Planned Parenthood in Aurora, Illinois, requested emergency medical help on May 27 for a patient who was unresponsive after her abortion. The 911 call was made shortly after 4:30 p.m. and the Planned Parenthood staffer who made the call struggled to even give the 911 dispatcher the address of the facility. Her choice of wording suggests that calling 911 is a common occurrence for this Planned Parenthood.

The dispatcher has to repeat herself and rephrase her questions in order to get helpful answers — one of which is very telling.

911: Who needs the ambulance is what I’m asking you.

PP: A patient. Yes. We have a patient here…

911: Is she hemorrhaging at all? [a frightenly common occurrence after abortions]

911: Any medical conditions we should know about?

“No, not this one” is a revealing statement. This is clearly not the first time that 911 has been summoned to this abortion business for a patient, and the dispatcher’s reference to “a procedure” reveals a familiarity with the business. According to Operation Rescue and the Pro-Life Action League, this is the 11th documented medical emergency at this Planned Parenthood since it opened in 2012.

The 911 dispatcher’s question, “Is she breathing, at least?” is also telling. How many calls have they received from this Planned Parenthood or other abortion facilities in which the patient was not breathing?

After further questioning regarding which entrance the emergency responders should use to enter the facility, the woman was transported to a local hospital for care that Planned Parenthood staff were unable to provide for her.

Abortion is always deadly for the preborn child, but it’s also dangerous for women. At a different abortion facility in May, two women were so horribly injured by abortionist LeRoy Carhart in Maryland that one had to have a bowel resection and a colostomy with an external bag. The other needed a hysterectomy. The emergency room workers, who see horrific injuries daily, were traumatized by the extent of one of the patient’s injuries and the baby body parts that were left inside her. A whistleblower called it “the most horrific thing I have ever seen.”

Since only about half of all states are required to report abortion-related injuries, it is impossible to truly know how many women are severely or even minorly injured by abortion each year. Regardless, the abortion industry continues to claim that abortion is safe, with no supporting data. Any time a woman walks into an abortion facility she takes the risk of receiving dangerous, substandard care.